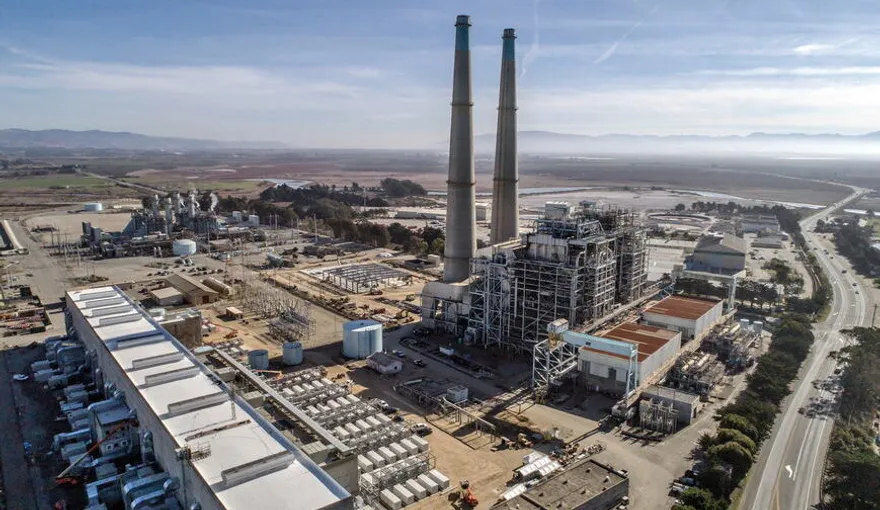 As the push to decarbonize buildings gains momentum, the simple concept of using ice to reduce AC use is becoming more appealing.

You don’t need a battery to store energy. A class of technologies known as thermal storage can do the job too, and it even has some potential advantages over lithium-ion batteries.

The long-overlooked thermal-storage category could play a critical role in easing the strain on the grid brought on when too many people use their air conditioning or heaters at the same time — an occurrence that is becoming frighteningly common in the face of increasingly extreme weather.

A number of thermal-storage companies already tackle that challenge by tapping cheap midday solar power to freeze blocks of ice and then using those blocks to cool buildings later in the day, when solar power stops producing, thereby reducing carbon emissions and making the grid more efficient at the same time.

Thermal storage can also be far more cost-effective than relatively expensive lithium-ion batteries that store electrons to run heating and cooling processes (while losing some of that power in the process, since batteries aren’t perfectly efficient). And while fire risks make it hard to install lithium-ion batteries inside densely packed buildings, blocks of ice don’t catch fire.

Nevertheless, as lithium-ion batteries go mainstream, thermal storage has struggled to take off. Building owners just haven’t felt compelled to shift their heating and cooling loads, even if they theoretically could save some money on their energy bills. Analyses of the thermal-storage industry from a few years ago concluded it was a good idea in search of a receptive audience.

That search may be over, thanks to significant federal policy changes, technological advancements and a growing urgency to decarbonize the building sector. As 2023 gets rolling, here are five reasons why thermal storage might finally be about to take off.

Few statements make a customer’s eyes light up like ​“It’s now 40 percent off!” Thermal-storage companies can proffer this enticement thanks to their first-ever federal investment tax credit.

Last year’s Inflation Reduction Act created a new federal tax credit for stand-alone storage. The mature battery-storage market will benefit from this, but thermal-storage advocates worked with legislators to make sure the law specified that thermal-storage systems qualify, too.

Thermal storage is a strong contender to make use of the domestic-content bonus. Lithium-ion manufacturing remains largely clustered in East Asia; it takes huge capital investment and workforce development to spin up a high-grade lithium-battery plant out of nowhere. But the assembly process for thermal storage is not as complicated and costs less to set up.

For example, Nostromo’s ​“IceBrick,” a modular block that freezes ice to help commercial air-conditioning systems, is already being assembled in Anaheim, California. Factoring in the new tax credits, Nostromo advertises a five-year payback for building owners who buy the system.

2. Thermal-storage products are getting smaller and easier to install

A key challenge for any marketable storage product is how to deliver benefits without taking up too much space, because space comes at a premium in commercial real estate. Large tanks of water are great at storing thermal energy, but they take up valuable square footage and are quite heavy, limiting where they can sit in a building.

Today there are a small but growing array of compact thermal-storage options that fit more flexibly into unused space. By spreading out the liquid among a bunch of small containers, startups have engineered a version of thermal storage with fewer limitations on where it can go.

Companies like Nostromo and Viking Cold Solutions can slip thermal batteries into nooks and crannies that are otherwise unused. Thule designed its Ice Bear product to fit in smaller commercial spaces and offers a residential product that connects with home-cooling systems. And Calmac, an early mover in large commercial thermal storage, has updated its ice tanks to take up less space and be more flexible to install.

As time goes on, more programs are springing up to reward people for shifting their electricity consumption out of peak hours as a way to relieve stress on the grid.

Thule has installed 1,500 thermal-storage units in part by partnering with several different utilities on demand management. Many of those are located in California, where air-conditioning needs during heat waves have nearly broken the grid many times over in recent years. But extreme weather is hitting all across the U.S., and each near miss drives home the imperative to reduce peak load.

A huge reason why building owners haven’t bothered with thermal storage is that they don’t see enough of a financial incentive to shift when they use energy to times that are easier on the grid. But more utilities are adopting time-based rates that send stronger price signals.

The new electric rates in Hawaii, for instance, charge customers three times more for electricity during peak hours than during the sunny hours when solar power floods the grid. As more jurisdictions adopt such ​“smart” rates, building owners will see a clearer financial payoff for thermal storage.

4. Building owners are feeling pressure to cut their carbon emissions

These days, incremental energy-bill savings may not even be the main draw for thermal storage. Instead, building owners are demonstrating unprecedented interest in measurably reducing their carbon emissions — both for their own sake and to help their customers deliver on climate commitments.

Let’s say a large business has publicly committed to a net-zero goal, including reductions in Scope 3 emissions, which come from the supply chain that supports the company’s operations. Now this company needs to ask its vendors questions about their carbon emissions. Hotels where employees stay, event venues that companies book, office buildings that companies occupy — all of those are under new pressure to show they won’t hurt a customer’s progress toward fulfilling their carbon-reduction pledges.

“The payback financially makes sense, but they see a strategic benefit, not just cost reduction,” he explained.

Thermal storage stands to gain from the newfound momentum on decarbonizing the building sector, which is being driven both by corporate climate promises and by increasingly assertive building policies in places such as California, New York and Washington state.

The movement to ​“electrify everything” focuses on the switch from fossil-fueled heating to high-efficiency electric heat pumps. Air conditioning doesn’t get as much attention, because it already runs on electricity. But playing out this scenario, if the building sector en masse switches from fossil-fueled heating to electric heating, it will put a huge new strain on the grid during moments of peak heating demand.

Indeed, as buildings in some places push toward being 100 percent carbon-free, they may find this goal practically impossible without help from thermal storage.

“Thermal storage is a must-have to decarbonize buildings and the grid,” Ashery said.

As larger buildings electrify, they could use thermal storage to reduce the size and cost of the heat pumps they need to install for space and water heating, said Brett Bridgeland, principal in the Carbon-Free Buildings program at climate think tank RMI. (Canary Media is an independent affiliate of RMI.)

Shifting heat-pump use to warmer daytime hours allows the heat pumps to work more efficiently, so buildings could store heat while the sun is shining for use in the cold night, Bridgeland pointed out. In aggregate, using thermal storage to reduce peak electricity demand lowers the grid investment needed to meet the power needs of electrified city buildings; that could lower the societal cost of decarbonizing the building sector.

Building decarbonization is still in its early stages. But as more buildings have to eliminate carbon emissions — New York state calls for its buildings to be carbon-neutral by 2050, for instance — thermal storage could emerge as a crucial enabling technology. 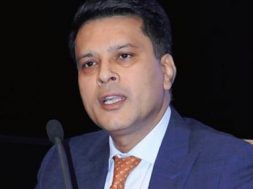 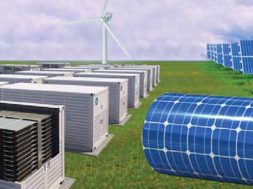