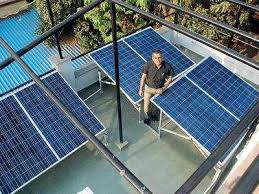 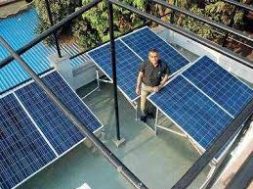 “We are encouraging to generate electricity from renewable energy sources,” he told the President of World Economic Forum (WEF) Borge Brende at Hotel Taj Palace in New Delhi on Friday. According to an official release, Nasrul said as land is gradually shrinking, Bangladesh cannot go for solar power in large scale. Now the country is generating 370.55 MW power from solar which are mostly off-grid, he said.

“Initiatives have been taken to set up mini grid in char areas of the country. We have a capacity of 230 MW hydropower and efforts are underway to bring more power from Nepal and Bhutan,” the minister said, adding that the World Economic Forum would support Bangladesh in this regard.

During the meeting, the WEF President expressed his interest about the experience of Bangladesh in different issues including renewable energy, hydropower and relation with neighboring countries, power import, power shortage and investment, the release said. Among others, Foreign Secretary Shahidul Haque was present, it added.