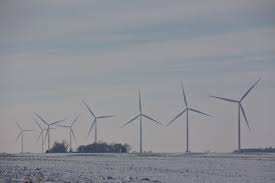 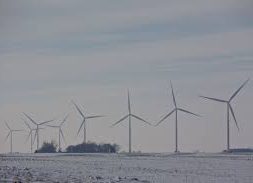 Norway’s political establishment has started debating whether to use the world’s largest sovereign-wealth fund as a tool that could help shape the global agenda on green investing.

The opposition Labor Party, the biggest group in Norway’s parliament, dropped a bombshell this week. Its leader, Jonas Gahr Store, wants the $1 trillion vehicle to take on a more political role. He says that would allow Norway, through the fund, to do more to promote sustainable energy production. More specifically, the fund could significantly step up its green investment, he said.

“Climate change will frame all politics,” Store told the state broadcaster NRK on Thursday. The wealth fund should be “the first in line to develop the opportunities offered by renewable energy — also for profits,” he said. That includes possibly raising a 2% cap on investments in renewable energy infrastructure, he said.

Labor has shown an increasing willingness to shape the fund’s mandate during its years in opposition under Store. But his latest comments mark a departure from the party’s previously less interventionist stance. Norway’s Conservative-led government has already voiced deep skepticism. But with most polls showing Labor and its allies winning 2021 elections, Store’s idea may well become reality.

Creating Wealth Norway’s wealth fund was created late last century to help the oil rich nation avoid economic overheating by channeling its income from fossil fuels into investments outside its borders. Those investments — in equities, bonds and more recently real estate — have brought in such vast returns that the fund topped 10 trillion kroner ($1.1 trillion) last month.

The fund has clear ethical guidelines that prevent it from holding stakes in a number of industries such as tobacco and certain kinds of weapons. Norway has also pushed through several changes in the fund’s mandate, including strengthening a ban on coal originally proposed by Labor.

Another milestone this year was Norway’s decision to exclude pure oil and gas producers from the fund. But the final version of the plan was much less dramatic than the fund itself initially intended, and the investor will continue to hold big integrated companies such as Exxon Mobil Corp. and Royal Dutch Shell Plc. It’s worth noting that the divestment doesn’t reflect a climate measure, but is meant as a financial hedge for the oil-producing nation.

The Liberal Party, a junior government partner, supports raising investments in renewable infrastructure, but says that’s doable without turning the fund into a political entity.

“Enveloping everything that the fund does in politics is directly unwise for Norway,” lawmaker Abid Raja said by email. “Store has managed to make what was already unclear even more unclear, and it’s not easy to understand what Labor really wants.”

The central bank, which runs the fund through a separate unit, sought to steer clear of the whole discussion. “It’s not natural for Norges Bank to have an opinion on what is a political debate,” deputy governor Egil Matsen said in an interview on Friday.

Store says he doesn’t want politicians to “dictate” which firms or countries the wealth fund should hold. But he also says it’s naïve to suggest that the fund isn’t already a political vehicle, given its governance structure; its investments are steered by the mandate it ultimately gets from parliament.

“We can be proud to say that this is our fund, and it’s founded on political control because it’s owned by democracy,” he said on NRK. “In the coming decade, we must be willing to think through our policy instruments.”

The Socialist Left Party, one of Labor’s likely allies, welcomed the shift. Lawmaker Solveig Skaugvoll Foss said the group has long advocated for a complete ban on coal, oil and gas, and all weapons — suggesting it could seize on Labor’s shift to push through a tightening of those restrictions.

Labor lawmaker Svein Roald Hansen declined to provide more details on how the fund’s investments in renewables and oil stocks might evolve, but said the investor should be at the forefront of adapting its holdings to climate risk. He also rejected the notion that Labor is now opening the door to a spike in political interference.

“We need to trust ourselves, that we’re able to draw that line,” Hansen said.

0
previous RE installations to peak in 2020: 11 GW solar and 4 GW wind likely to be added
next Azure Power to Raise US$75 Million in Private Placement