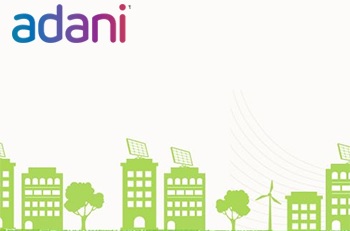 Is Adani Green Overpriced? The $6 Billion Trap for Retail Investors

Adani Green is a renewable energy company owned and operated by the Adani Group, headquartered in Ahmedabad, Gujarat. If you are a stock market participant, you may know it as the company whose shares just keep going up and up!

While Adani Group is generally infamous for its coal-related businesses, Adani Green’s projects include solar energy, wind energy, and hybrid solar-wind energy projects. Adani Green has a market capitalization of Rs 1.75 lakh crore. The company’s share price has risen by 1207% in one year’s time. This means that if you had invested Rs 1 lakh and a year back, you would have had Rs 13 lakhs in hand right now. That is a lot of money, considering that the company was listed only in the year 2018 and only 20% of its total projects are operational. This means only 20% of its commissioned solar and wind projects are generating electricity. Why did the share price rise so much? Is the share overpriced? Let’s jump right into it.

Why is Adani Green Share Going Up Endlessly?
Adani Green has managed to have a project portfolio of 14,000 GW/Gigawatts. It means that if all of his projects become operational they will generate 14 GigaWatts of electricity, which can realistically power up to 42 Lakh homes.

In June 2020, SECI or Solar Energy Corporation of India had awarded Adani Green a bid to build an 8 GW solar project worth Rs 46,000 crore. This is by far the world’s largest solar power project. This is the main reason for the optimism towards Adani Green in the markets. This project will lead to the creation of 4 lakh direct and indirect jobs and a reduction of 900 million tonnes of CO2(which is a lot).

According to the latest report of global solar companies, Mercom Capital has ranked Adani Green as #1 globally in terms of power generation, operational, and contracted projects. Adani Green has set a target of 25GW of renewable projects by 2025.

Currently, Adani Green’s shares are driven by the prospects of future growth and the speculation of more power purchase agreements with state electricity companies, transmission, and distribution companies. Also, hope you understood that the massive 8GW project is almost half the market cap of the company.

Is Adani Green Overpriced?
It was recently discovered that Adani’s Rs 46,000 crores 8 GW project didn’t have a guaranteed power purchase agreement by SECI. This means that SECI wasn’t obliged to buy power from Adani Green’s 8GW solar project as was speculated earlier. Instead, SECI would ‘facilitate’ in getting bidders for the solar project. This leaves the 8 GW solar project in a bit of a dilemma.

Generally, Adani’s companies are highly leveraged or fuelled by debt/loan. Adani Green has a net debt of Rs 13,362 crores. Such high debt isn’t reflecting in its earnings for now. The company has been posting losses consistently. Its debt to equity ratio of 9.85 is considered pretty high as compared to its peers This high debt has added a risk factor to Adani Green. A debt to equity ratio of 1.0 would mean that both the lenders and shareholders of the company are on an equal footing.

Let us consider two more ratios to assess the valuation of the company. The Price to Earnings ratio or P/E ratio and the Price to Book Value ratio or the P/B Ratio. These values compare the price of the share to respective parameters to check if the valuation is fair. According to tickertape, the PE ratio of Adani Green is -7715.1 as compared to an industry average of 16.19. The difference is huge and indicates that the company has an obscenely expensive valuation.

The company’s PB Ratio is 77.51 as compared to the industry average of 1.81. The book value of a company is the company’s assets minus its liabilities. Price to book value ratio is used to compare a company with its peers. Once again, the PB ratio is unnaturally higher than its competitors.

An expensive evaluation doesn’t always mean that the shares of the company are going to fall or that the company is performing badly. It just increases the risk and volatility involved. It also represents a positive sentiment in the market in favor of the company and that the investors have certain expectations from the company which might be met or not be met. Adani Green has definitely been in the good books of many investors, hitting the upper circuit constantly.

Let’s take the example of Jio. Reliance Jio had taken MASSIVE amounts of debt and offered obscenely cheap tariffs to its users while it focused on capturing the market. There were speculations on whether Jio would be able to pay back the amount. Fast forward to June 2020, Jio has become net debt-free alongside parent company Reliance. Given the high amount of debt that Adani Green possesses, the company might just be a risky investment, but not a bad one. Adani Green has recorded a profit in the last 4 out of 5 quarters.

At present, the share price of Adani Green is overvalued, and therefore a huge fall in prices can trap retail investors. It is advised that retail investors do their research and keep an eye on how Adani Green manages to complete its commissioned projects, find a suitable buyer for the big projects and, at the same time reduce its debt burden. Also, remember that even completed projects are not being utilised to its full capacity. Is the management neglecting the company and its future? 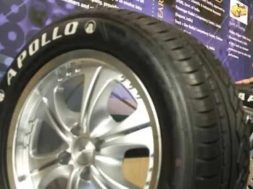 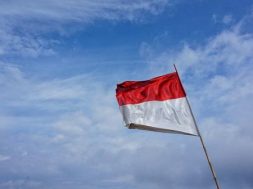