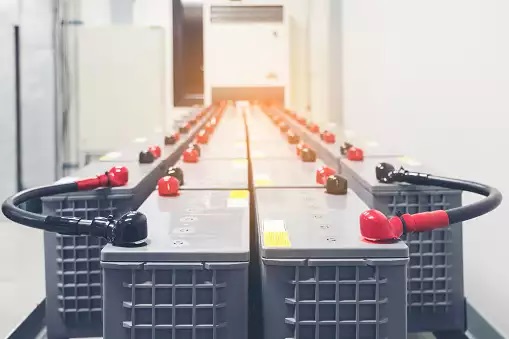 We are therefore at a crossroads of having to say no to new thermal capacity while at the same time massively ramping up renewable capacity.

India has recently announced to achieve more than 450 Gigawatt (GW) of renewables by 2030. In contrast, the current installed power capacity in the country currently stands at 370 GW, which includes about 88 GW of renewables. This implies that the 2030 target would necessitate a compound annual growth rate of over 17 per cent. This may be a tough task, especially in light of the fact that the country is likely to miss its target of 175 GW of renewables by 2022.

However, it is preceded by the technical challenge of integrating such a vast amount of renewable energy into the grid. This is especially true given the fact that the Central Electricity Authority (CEA) has suggested that India does not need any further thermal power plants, so incremental capacity must come from renewables. The states of Gujarat and Chhattisgarh have announced that they will not be adding any coal power plants in the near future, in part because most of their thermal assets are currently underutilized, even though the DISCOMS continue to pay for the fixed costs.

We are therefore at a crossroads of having to say no to new thermal capacity while at the same time massively ramping up renewable capacity. Yet, renewables’ power output is neither predictable nor consistent. It also cannot be dispatched on demand, unlike coal and natural gas plants. These three challenges were not as relevant when India’s renewable capacity was restricted to a few gigawatts, but now they are.

The necessity of energy storage

This is where integrating energy storage systems is a feasible solution. In India they have been operational in different forms for a number of years, such as pumped hydro systems, albeit to the limited extent of a few megawatts (MW). However, for most applications, battery storage systems can be game changers. They operate predominantly on lithium-ion chemistries and their costs have plummeted from around $800 per MWh in 2012 to around $150 per MWh today. The drop has been facilitated by rapidly expanding volumes of production and growing application in electric vehicles.

Utilities in India have started incorporating lithium batteries on the grid since there is a clear financial benefit to do so. Instead of having to service a high tariff coal plant’s fixed costs while excess renewable power is curtailed, the utilities can acquire cheaper renewable power and store it in the battery systems for later dispatch. The cost differential is beneficial in most cases and will only improve as the average tariffs of solar and wind power drop below the already low ceiling of roughly Rs 3 per kWh.

Like with all new technologies, a well thought-out policy framework will be essential to structuring battery storage systems’ expansion in the country. Based on their applications, the power sector can integrate them in three separate segments:

As the name suggests, solar and wind generators integrate some amount of storage at the source itself. This improves their generation profile to even out the intermittency due to the variation in sunlight or wind flow. This is important as rapid fluctuations in power profiles are difficult to handle and they are often passed along the transmission networks.

Policy makers can begin to integrate such storage systems in solar and wind capacity auctions. The Solar Energy Corporation of India (SECI) is perfectly suited to do this. In fact, SECI has already awarded 1,600 MW of such capacity in two tenders, with the tariff for off-peak power at a very competitive Rs 2.88.kWh. However, any battery additions must be planned in conjunction with the local and/or national load dispatch centers. We must avoid making the same mistakes that India has done with thermal capacity addition, where a number of plants have now become surplus capacity and are running at unsustainably low PLFs.

Here, storage systems are used broadly to serve ancillary services and assist the grid operator functions. India is at the cusp of announcing these regulations. Being market linked, this will serve as an important measure to incentivize such storage systems. Once again, policy makers can begin by announcing separate tenders for such systems. POSOCO or other state transmission agencies can begin with a planning exercise to identify transmission bottlenecks and careful add storage capacity where necessary.

These are smaller battery systems that are installed for consumer-level applications, such as at residences and commercial outlets. India already is one of the largest markets in the world for distributed behind-the-meter storage systems, and has so far been powered largely by lead acid-based chemistries coupled to backup inverters (also called UPSs). However, with a proliferation of net-metered rooftop solar PV systems, an opportunity exists for houses, factories and even small shops to completely go off the grid. The economics of lithium-ion based batteries is also favourable, as despite their higher purchase costs (Rs. 45,000 for a typical home inverter system vs. Rs. 15,000 for lead-acid) they offer up to 4,000 cycles compared to 600 from lead-acid batteries. Li-ion batteries can also be discharged down to 80-95% of their capacity, as opposed to 50-60% for the alternative.

The market for these systems will open up even further as feed-in tariffs and net metering schemes are wound down across India. Instead of selling to the grid, a customer will be able to store excess power and consume it during peak tariff hours, thus accruing enormous savings on utility bills.

However, energy storage systems will directly eat into the revenues of the distribution companies. This is akin to what is currently happening in decentralized energy generation through rooftop solar PV. Unfortunately, this is something that cannot be stopped and utilities will have to adapt to the new normal and fundamentally transform their business models. Any storage policy in India will thus have to consider and promote all the three segments. Each application clearly serves different needs and it is in the best interest of the stakeholders that the regulators promote each of them individually and effectively, based on the promising market opportunities available today.

[DISCLAIMER: The views expressed are solely of the author and ETEnergyworld.com does not necessarily subscribe to it. ETEnergyworld.com shall not be responsible for any damage caused to any person/organisation directly or indirectly.]