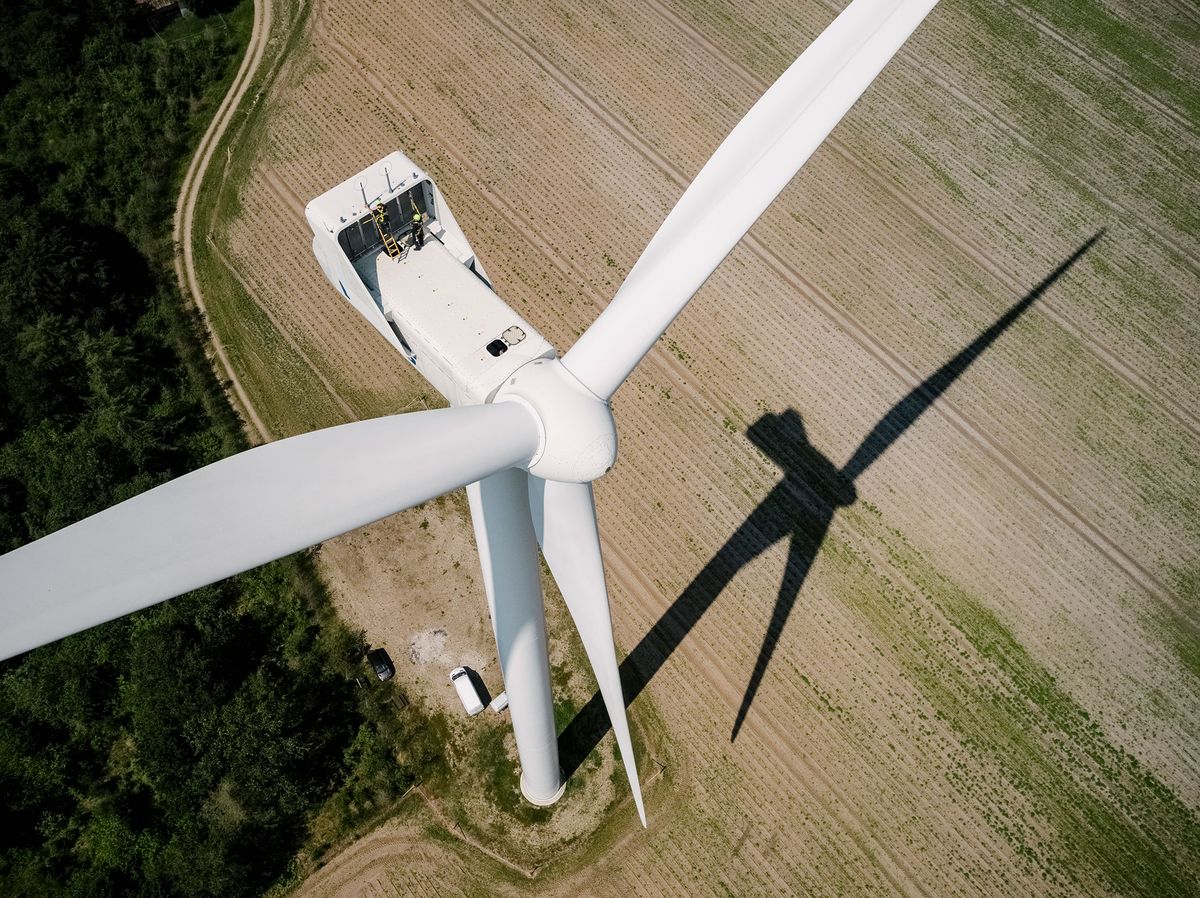 A Green Economy Grows in Denmark 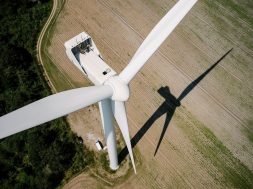 A Green Economy Grows in Denmark

With its lively waterfront, tree-lined canal, and red-brick buildings topped by steep gunmetal-gray roofs, Aarhus looks like just another coastal city in Northern Europe. But get closer, and what comes into focus is a place central to the continent’s remarkable shift to renewable energy. Down by the docks, at a facility nestled among huge oil tanks that reek of the past, the world’s biggest wind-turbine maker tests parts for these gargantuan machines of the future. Meanwhile, in offices all across Denmark’s second-largest city, fast-growing cadres of energy traders are making big bucks from the volatility that wind and solar power generate.

This didn’t happen by accident. What would ultimately become Vestas Wind Systems A/S started as a blacksmith shop in 1898 on the western edge of Jutland, a windswept peninsula sandwiched between the North Sea and southern Sweden. Until the 1970s the company’s products ranged from milk coolers to steel window frames. As Denmark, a net energy importer, was stung by that decade’s oil crises, Vestas turned its hand to alternative energy. Early turbine prototypes—including one that looked like a giant egg whisk—were developed in secret. After several decades building up its wind-turbine business, the company moved its headquarters to Aarhus, Jutland’s biggest city.

Today wind regularly meets more than half of Denmark’s demand for power. As the country’s reliance on wind has grown, Aarhus and surrounding towns have become a renewable energy melting pot—of manufacturers and suppliers, traders and analysts, specialist lawyers and academics. China’s largest maker of wind turbines, Xinjiang Goldwind Science & Technology Co., has a research office here. In 2016 energy and environmental companies accounted for the port city’s second-biggest export industry (after food), according to the latest available data from the municipality. “Renewable energy plays a huge role in the city,” says Mayor Jacob Bundsgaard. “It’s not just Vestas.”

Traders sometimes liken Aarhus to the Swiss commodities hubs in Geneva or Zug. Judging from the low turnover rates at local trading firms, the city (population 345,000) offers enough to keep people from shoving off to Copenhagen or London or beyond. Besides the buzz of the work, the attractions range from the cosmopolitan ambiance provided by Aarhus University to four restaurants with Michelin stars. “Aarhus more than lives up to big brother Copenhagen’s reputation as a foodie destination,” says Soren Jessen, a Danish former banker who owns restaurants in London.

Bundsgaard, 43, has been mayor since 2011. Most mornings, typifying the municipality’s mission to become carbon neutral by 2030, he cycles to work at city hall. Aarhus, where CO2 emissions have been cut in half over the past decade, has built a 110-kilometer (68-mile) electric tram network and will introduce electric buses this year. Wastewater treatment plants are ordinarily very energy-intensive; Aarhus’s produces 40% more power than it consumes.

Perhaps the most striking monument to Aarhus’s place in the world of renewable energy is a biomass plant that opened in 2017. Atop a hill at Lisbjerg, on the edge of the city, three enormous 45-meter-high glass boxes soar above a landscape of farms and woodland. More than 60 trucks a day deliver agricultural straw to the plant when it’s running at full capacity. Next door, in another box, there’s an older waste facility. Here, 150 trucks a day dump rubbish that’s incinerated at 1,000C (1,832F). Both plants produce electricity and pump hot water into the Aarhus district’s heating system. “We’re almost free from coal now,” Bundsgaard says.

Trading Places
To get onto one of the trading floors at Danske Commodities A/S, you take a glass walkway across a shallow pool of water whose murmuring lends an air of tranquility to the space. For the traders, it can be a place of respite: The markets they cover are anything but calm.

While many assets may move a percentage point or two at most during a daily session, intraday electricity contracts can jump or slump at many times that rate. All it takes is a sudden drop in wind or a few unexpected hours of sunshine. This volatility has spurred the development of a niche industry here. DC is the biggest of the 10 or so companies in Aarhus that specialize in Europe’s power and natural gas markets, which together were worth €1.65 trillion ($1.85 trillion) last year, according to Prospex Research Ltd.

A gas trader named Henrik Lind founded DC in 2004. He’d spotted an opportunity to profit from price differentials across geographical markets and began to move power between Denmark and Germany. The company, whose profit rose 28% to €72 million in 2018, has about 300 employees and operates in about 40 markets. Equinor ASA, a Norwegian oil major, bought out Lind, who owned a majority of DC, and other shareholders for €400 million in a deal that was completed in February. Lind is staying on as board member.

Bolstered by $100 million in capital from Equinor in the second quarter of this year, DC is expanding, looking to buy more capacity on international power cables and more gas storage capacity on the continent. Pursuing an expansion strategy it calls Level Up (after the computer-gaming term), it will start trading in the U.S. power market this year following its foray into Australia last year.

That spirit is exemplified by Cagdas Ozan Ates, a Turk who acquired a master’s degree in finance and international business at Aarhus University. He joined Lind at DC as one of its first employees when it was little more than a small office with a handful of computers and stayed for more than a decade in various senior roles. Last year, Ates was appointed CEO at MFT Energy A/S. In a departure from DC, which had been built around a strong majority owner, MFT’s plan is to set up partnerships that will give traders a larger share of profits. Lind “always asked, ‘What else can we do tomorrow, what can we do better?’ says Ates. “We learned a lot from him. And we took it with us.”

As more countries turn to wind and solar to replace polluting fuels, markets have become more turbulent and rich in opportunities for trading companies. In Germany, the largest European electricity market, consumers have spent many billions of euros to help finance “climate chancellor” Angela Merkel’s green economy agenda, her double-edged strategy to phase out both coal and nuclear energy. Trading in contracts for power delivered the same day in Germany last year surged 13% to a record high on Epex Spot SE, the main exchange for such markets.

As more companies pile into the intraday power market, margins on trades are decreasing and more and more deals are automated. While individual trading companies don’t disclose the ratio of machine- to human-led transactions, 37% of the German intraday market was automated last year, according to Epex. Automation is constantly taking the speed of transactions to new levels. DC has set up a server in Frankfurt that will cut execution time to 6 milliseconds from 24 milliseconds.

Jesper Johanson is taking no chances. He runs another Aarhus-based trader, InCommodities A/S. Since he co-founded the company in 2017, it’s grown to almost 40 employees. To feed the next growth phase, Johanson says he’s hiring developers as well as traders. “We are just as much an IT company as we are a commodity trader,” he says.

The Wind Farmer Vast swaths of flat farmland dominate the west coast of Jutland. About the only thing that breaks up the landscape is the dispersed forest of turbines that convert wind from the gusty North Sea into electricity. One of them, a Vestas V112 model, towers almost 100 meters above a farm that grows everything from carrots, cabbage, and potatoes to parsley and dill. The spread’s proud owner also happens to be Vestas’s chief technology officer, Anders Vedel, 62.

Vedel’s interest in wind was first roused when he was a young child sailing the waters north of Copenhagen. This melded fortuitously with an attraction to tech: Also as a youngster, he built his own solar-heated water system. Even so, he remained a full-time farmer until he was in his early 30s, when he set out to receive a mechanical engineering degree. When he got his start at Vestas in Lem, Jutland, in 1995, the biggest blades the company made were 19 meters long; today they stretch to 73 meters, or a bit longer than the wingspan of a Boeing 747. Over that time, the power capacity of the turbines has increased more than tenfold.

In the early days, the cost of producing power with wind was much higher than anybody would willingly pay. So a company like Vestas, with a tiny customer base at the time, was at the mercy of government subsidies, tax breaks, and tariff exemptions in the countries where it did business. 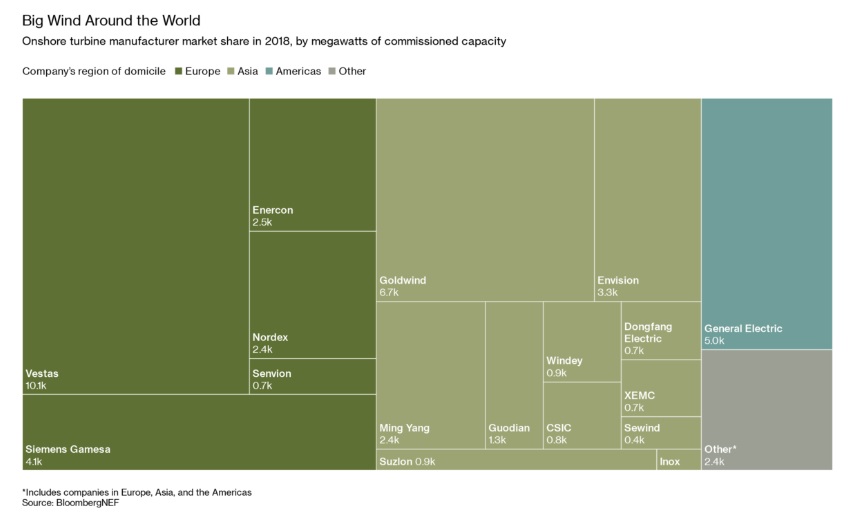 Last year wind supplied 5% of the world’s total power output. As the industry has matured in recent years, nations have been able to scale back their support and switch to auctions, forcing both utilities and suppliers such as Vestas to narrow their profit margins.

Today onshore wind in Europe is competitive with conventional power sources, or nearly so. In Spain, wind technology’s so-called levelized cost of energy (the unit cost of electrical energy over the lifetime of a generating asset) dropped 41% from 2016 through the first half of this year, according to BloombergNEF, Bloomberg LP’s primary research service on energy transition.

Markets and the turbine industry are becoming increasingly linked. Vedel says his turbine is regularly switched off when wind speeds exceed about 9 meters per second because of plunging prices. And who’s switching it off? The folks over at DC.

“It’s good that we drive down the cost of energy, and we’ll still focus on that,” Vedel says. The challenge is this: If energy costs fall too quickly, turbine manufacturers won’t be able to get a sufficiently large return on their own investments. At that point, Vedel says, “the industry starts to have a problem.”

So far, Vestas hasn’t reached that stage, according to Jacob Pedersen, head of equity research at Sydbank A/S, based in Aabenraa, Denmark, who’s tracked the company for almost two decades. “The sharp drop in prices has hit the competitors harder,” he says. “Vestas still has the best profitability in the industry.”

To stay ahead, Pedersen says, Vestas needs to keep doing what it’s doing well and also to innovate. A team of more than 70 people in Aarhus has been tasked with thinking beyond wind to help the company become a global leader in sustainable energy—including connecting wind, solar, and storage batteries. Wind will always be at the center of what the company does. Bo Svoldgaard may be Vestas’s head of innovation and concepts, but even he says wind is “our heart and soul.”

It’s clear where Vedel’s heart is. “From my living room and kitchen, I can see 22 turbines,” he says. “I wanted to tear down another building on the farm because some of them I can’t see very well. But my wife said, ‘Stop!’ ”