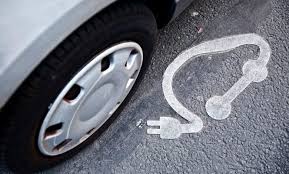 The government is mulling a proposal to bring a FAME-like scheme for hydrogen-powered systems to push the hydrogen economy in a big way, Niti Aayog member VK Saraswat said on Friday.

Addressing a virtual event organised by industry body FICCI, Saraswat said the government was planning to form an overarching committee for steering the hydrogen economy in its totality.

“We are mulling if we can bring schemes like FAME, which has been done in the case of battery vehicles, hydrogen-powered systems or fuel cell-powered systems. We are thinking about bringing in the same kind of GST infrastructure,” he said. The government in April 2015 launched the Faster Adoption and Manufacturing of (Hybrid) and Electric Vehicles (FAME) scheme. The main objective of the scheme is to encourage faster adoption of electric and hybrid vehicles by way of offering upfront incentive on purchase of electric vehicles and also by way of establishing necessary charging infrastructure for electric vehicles.

Saraswat said already there was a top-down approach as far as the hydrogen economy was concerned right from the office of the Prime Minister and the Niti Aayog.

“There has been a major push for bringing all stakeholders together and come up with an overarching committee that will steer the process of the hydrogen economy development in the country,” he said.

Saraswat said this process was strongly on and he had a couple of meetings, including with industry partners like Mahindra and Mahindra.

The Niti Aayog member said research in production of hydrogen needed investments and also needsed participation of industry. “Hydrogen will be a key part of India’s energy mix as prices of hydrogen will come down in two-three years,” he said. — PTI