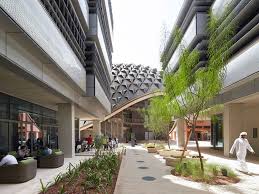 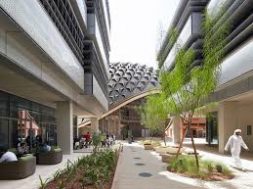 If successful, this would be second big overseas foray for Masdar after US investments

Dubai : After its US push, China is the next big market where Abu Dhabi’s Mubadala is taking its renewable energy ambitions.

“We work with Chinese companies outside China – and we continue discussing with these partners to help us get into the Chinese market,” said Yousif Al Ali, Executive Director of Clean Energy at Masdar.

“So far, most of the capacities in China are developed by Chinese companies. Participation of international companies is not yet up to the limit.”

Masdar has cracked the equally strategic US market, with a series of investments. In August, the renewable energy company struck a deal with EDF Renewables North America to acquire 50 per cent in a 1.6 gigawatt (GW) clean-energy portfolio.

It was last year that Masdar made its entry into that market, by acquiring a 50 per cent interest in wind farms in Texas and New Mexico.

“Going forward, our strategy would be focused on establishing development capabilities through the assets we acquired and target more greenfield developments,” said Al Ali. “We own eight projects in the US in most of the important markets.”

Renewable energy and related infrastructure projects have been impacted by COVID-19 outbreak, especially projects that involve cross-border transportation, said Al Ali. He added that Masdar’s roster of ongoing projects will suffer a few months of delay.

The pandemic also prompted conventional energy producers to re-think their strategies in the face of record-low demand. This was especially true for the oil industry.

“Fortunately, this is not the case with renewable energy because the price of electricity that comes from these projects are very cost-effective,” the official added. “And in most cases are far below grid parity. That’s why we didn’t really observe a big impact from the pandemic when it comes to future plans.”

Renewable energy advocates and experts were concerned that a sudden and significant drop in oil prices would make the fossil fuel more attractive in the short-term than solar and wind. However, according to the Masdar executive, it is not a scenario where it is one or the other.

“Today you cannot rely only on renewables – it needs to be an energy mix, which can include nuclear and natural gas,” said Al Ali.

Masdar is part of a growing list of energy companies to consider the use of hydrogen – a zero-emission fuel that can be used in fuel cells or internal combustion engines.

“We were one of the companies that deployed resources to study the applications of hydrogen – today, we are still working with different partners to find the right commercial opportunity for us,” said Al Ali.

ADNOC, which already produces hydrogen for its downstream operations, will further explore its potential in meeting the “global demand for hydrogen and ammonia derived from natural gas”.

The energy giant is “well placed to lead the development of international value chains and establish a hydrogen ecosystem for the UAE in partnership with other Abu Dhabi entities,” the UAE’s energy regulator said in a statement earlier this week.