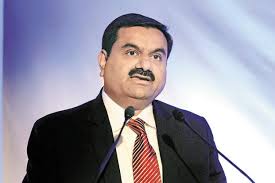 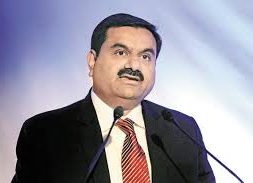 Adani Green, which is the clean energy arm of the conglomerate, aims to scale up capacity to 25 gigawatts by 2025 from a portfolio of 6 gw now, which includes projects that are under construction

New Delhi: Adani Green Energy plans to invest Rs 10,000 crore in capital expenditure in the financial year 2020-21, but expects project execution to be delayed on account of the disruption caused by the Covid-19 pandemic.

“With the long-lasting impact that COVID-19 is due to have on all sectors, sustainability driven business is imperative. Green Energy and Renewable Energy motivated investments will continue in this coming fiscal year,” Gautam Adani, chairman, said in a press statement on Monday.

Adani Green, which is the clean energy arm of the conglomerate, aims to scale up capacity to 25 gigawatts by 2025 from a portfolio of 6 gw now, which includes projects that are under construction.

“We have lost 45-50 days due to the lockdown, and may lose another month because the labourers have gone home. It will take some time to ramp up; so the past capacity addition which otherwise would have taken place will have some challenges because of this lost time,” Chief Executive Officer Jayant Parimal told reporters on Monday.

The company has around 3.4 gigawatts capacity under various stages of execution to be completed over the one and a half or two years. It aims to commission about 1.5 GW in FY21. Parimal said, in a worst case scenario, the company may comission around 1 gw while the rest may get spilled over to the next fiscal. He does not anticipate any major impact on the operating units.

On Monday, Adani Green reported a profit of Rs 56 crore in the fourth quarter of FY20, as against a loss of Rs 94 crore a year ago. Income from operation rose 2 per cent year-on-year in the March quarter to Rs 696 crore.

“The group has refinanced its earlier borrowings through issuance of secured senior notes and rupee term loans from bank and financial Institutions. On account of such refinancing activities, the group has incurred one-time expenses aggregating to Rs 173 crore during the year. These expenses comprise of prepayment charges, unamortized portion of other borrowing cost related to earlier borrowings and cost of premature termination of derivative contracts,” the company said in a statement.

Earlier this month, French energy major Total SA invested around Rs 3,707 crore for 50 per cent partnership with Adani Green Energy to form a joint venture that will house 2.148 gigawatts of operating solar power projects across 11 states in India.