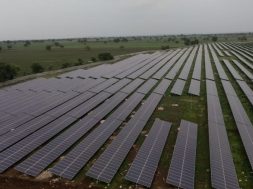 KOCHI: The Adani Group’s solar manufacturing arm, Adani Solar announced today the launch of their retail distribution business in Kerala with Risto Solar as exclusive Channel Partners for the region.

In the span of 3 months, Adani solar has expanded its retail distribution of solar panels in 6 regions which will meet the renewable energy requirements of more than 500 cities across the country. It is an important milestone for Adani as it continues to contribute to the Indian renewable energy sector. This partnership with Risto Solar is a stride towards facilitating consumers and SME, MSME or institutions in Kerala to switch to sustainable solar power at among the lowest capex costs.

Solar power is the fastest growing source of electricity generation as the government is increasingly introducing clean energy targets. Among the Indian Solar panel manufacturers, Adani maintains the market leadership. Adani is the only manufacturer with IEC 2016 certification in all SKUs.

Kerala is an emerging solar power producing state with many big firms switching over to solar energy. The state government in its recent budget announcement stated to provide around 130-150 crore units of electricity to the consumers from 500 MW rooftop solar photovoltaic (PV) projects and 500 MW from floating and terrestrial solar PV projects. Adani Solar will contribute to achieve the state’s goals in harnessing solar energy and increasing power generation.

Commenting on the announcement, Ramesh Nair, Chief Executive Officer, Adani Solar, said, “The Indian renewable energy sector has witnessed tremendous success in installed renewable power generation capacity in last few years. Kerala being a densely populated state has been encouraging installation of rooftop solar panels to make households electricity self- sufficient. Through our association with Risto Solar, we will be able to offer our customers genuine solar panels at competitive rates in their respective markets for all applications.”

Nair further added, “Adani Solar is looking towards making India energy efficient and sustainable by effectively using the renewable resources. We have established our retail network of solar panels in Rajasthan, Uttar Pradesh, Delhi, Gujarat, Punjab, Haryana, and growing our footprint across the country. Through our exclusive channel partners in these regions, we have retailed more than 100 mw solar panels already. We aim to achieve a greater reach and visibility of our product in the country by bringing down power consumption costs for our consumers across the country and reducing load on the grids. On the retail front, Adani Solar will target an aggressive 50% market share.”

Risto Solar as the authorized channel partner of Adani Solar will be responsible for all the retail requirements across the state. They will be assigned an exclusive territory to manage orders of solar panels up to 150KW and be responsible for overall lead generation, conversion and service. For consumers, installing off-grid Adani solar panels will help them mitigate power-cut challenges and on-grid will assist in reducing overall electricity costs and usage in Kerala. Adani solar Retail business head Cecil Augustine was also present at the function.