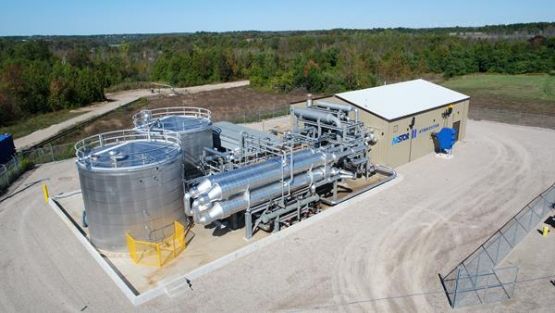 The Canadian federal government is financially supporting the development of a large-scale advanced compressed air energy storage (A-CAES) project capable of providing up to 12 hours of energy storage.

Natural Resources Canada is providing around CA$4 million (US$3.2 million) through its Energy Innovation Program, while Hydrostor did not reveal how much Sustainable Development Technology Canada is putting into the project.

The technology company did say the funding will go towards completing essential engineering and planning work, enabling the project to take “critical steps toward construction”.

“Investing in clean technology will lower emissions and increase our competitiveness. This is how we get to net zero by 2050,” Seamus O’Regan, Canada’s Minister of Natural Resources said.

The site of the plant has not been disclosed but Hydrostor did say it will be designed and built along the principles of the already-operating A-CAES system in Goderich, Ontario which was brought online by Hydrostor and developer NRStor in late 2019.

The Goderich A-CAES has 1.75MW peak power output rating, 2.2MW charge rating and in excess of 10MWh of storage capacity.

The project in Goderich plays into merchant electricity market opportunities while also being capable of providing services to the grid of the Ontario Independent Electricity System Operator (IESO).

Underground salt caverns are pumped full of air compressed using electricity, with the salt sealing cracks in the walls. The Hydrostor technology also removes heat generated by the compressions process and stores it, which the company said increases the A-CAES process’ efficiency over other compressed air tech.

The company deployed its first small-scale demonstration plant in Toronto in 2015 before Goderich and has previously proposed a 5MW / 10MWh A-CAES storage project at a disused zinc mine in Australia which received some funding support from the South Australian government’s Renewable Technology Fund and the Australian Renewable Energy Agency (ARENA) as well as planning approval in 2019.

On the company’s website there is also a proposed 500MW project for California’s Kern County that could turn electricity from wind and solar plants into a peaking capacity asset for the grid.

“We are grateful for the federal government’s support of our long duration energy storage solution that is critical to enabling the clean energy transition,” Hydrostor CEO Curtis VanWalleghem said.

“This made-in-Canada solution, with the support of Natural Resources Canada and Sustainable Development Technology Canada, is ready to be widely deployed within Canada and globally to lower electricity rates and decarbonise the electricity sector.”

Hydrostor said that another advantage of its scaled-up A-CAES project is that people, suppliers and technologies used in the oil and gas sector could be employed to build and operate it, supporting Canada’s economic recovery and energy transition.

Canada’s energy sector and government alike are moving to accommodate the vital role batteries and other forms of energy storage will play in the transition to clean energy, according to stakeholders in the country including trade association Energy Storage Canada.

Earlier this week Energy-Storage.news reported that utility Hydro-Québec, which has the provincial government of Quebec as its main shareholder is deploying a 20MWh battery system on a remote transmission line network as it undergoes extensive upgrade work. Hydro-Québec has established an energy storage system and solutions subsidiary EVLO, which will deliver equipment to that project. 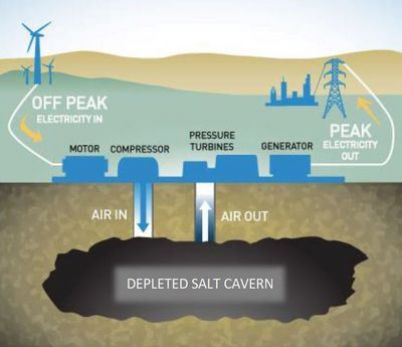