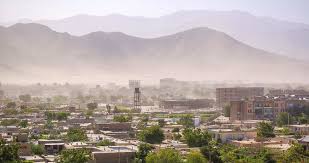 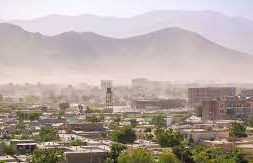 KABUL : Solar photovoltaic and wind power projects signed by Afghanistan under a $160 million international deal on Wednesday evening will add 110 megawatts to the country’s grid in the next 16 months, officials said.

The projects will be developed in Kabul, Balkh and Herat by a local company with partners from Turkey, India and the US Agency for International Development (USAID).

“With the implementation of these projects, we will not only witness improvement in the energy sector, but (in other areas) as energy is the basic need for the improvement of other sectors,” Lima Khoram, policy and development chief at the Afghan Finance Ministry, told Arab News on Thursday.

“We will also see the development of other major sectors. This is not only good news for the citizens, but for all investors and entrepreneurs too,” she said.

Afghanistan needs to increase access to energy to enable development — and the projects signed on Wednesday are going to be the country’s biggest investment in solar power so far, according to Wahidullah Tawhidi, a spokesman for DABS, the country’s main power producer.

“This will be a highly efficient work for the generating of more electricity in Afghanistan,” he said.

Tawhidi told Arab News that the projects will be developed in partnership with USAID by an Afghan company, a firm from Turkey, and one from India.

One of the projects, a photovoltaic station designed to produce 40 megawatts of power, will be built in the northern Balkh province, which is the main gateway to Central Asia.

Two plants — one solar and one wind powered with a capacity of 25 megawatts each — will be installed in western Herat province, near the border with Iran Turkmenistan.

The fourth one, a floating solar power station, will be built at Naghlu dam, east of Kabul.

Afghanistan currently imports 1,200 megawatts of energy from Iran, Tajikistan, Uzbekistan and Turkmenistan as it can only generate 400 megawatts from its dams.

The country, whose infrastructure has been destroyed by decades of conflict, requires 7,500 megawatts for its nearly 33 million population to have access to electricity.

The lack of security in recent years caused many businesses to flee Afghanistan so the renewable energy agreement is expected to encourage more foreign investment.

Talha Hidayat, director general for public-private partnership at the Finance Ministry, said that 16 projects worth $3.1 billion, which include two power dams and involve the agricultural and telecommunications sectors, were ready for investment.

“Feasibility studies are finalized. We will announce it for open competition. Currently nine national and international firms have shown interest,” he said.