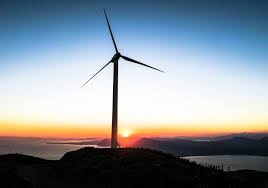 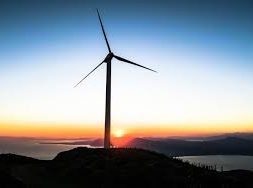 JOHANNESBURG: Africa, where close to half of its 1,2 billion people have access to electricity, is set to become a world leader in renewable energy.

As global business and development leaders met in Johannesburg, South Africa, to attend the Africa Investment Forum (AIF), one of the key focuses of the deals being discussed was around sustainable, renewable energy.

Organised by the African Development Bank (AfDB) and its various partners, the forum is expected to see US$68 billion in deals closed over the next few days.

Rwanda’s President Paul Kagame says there is a lot of progress in Africa as a whole.

“I have always thought it was Africa’s time. We African’s have let ourselves down, we are now realising it has always been our time. And we are now seize every opportunity and be where we should be by now,” Kagame said.

Kagame was the driver of the African Continental Free Trade Agreement (AfCFTA) during his time as chair of the African Union in 2018. The agreement had not been in existence during the first AIF last year.

Established in March 2019, the AfCFTA has now been signed by 54 of the 55 African member states.

Earlier figures had been revealed by the South African premier of Gauteng province, David Makhura, that over 2 000 delegates were in attendance from 109 countries.

Of this, only 40% where from Africa with the majority of investors attending from Asia, Europe and the Americas.

Gauteng is South Africa’s wealthiest province and includes the financial centres of Johannesburg and Sandton, as well as the seat of government in Pretoria.

Ebobisse said that a lot was already happening on the continent and while the media focused on the challenges there were huge success stories too — like the 1,5GW Benban Solar Park in Egypt, which is the world’s largest solar photovoltaic plant.

“I’m sure that people are not talking enough about this major achievement which is the Benban Solar Programmer, 1,5GW of solar that was invested mostly by the private sector in a record time,” he said.

Africa 50 invested in 400MW in that project and completed it from design to commercial operations in two and a half years.

Ebobisse went on to highlight Kenya’s opening this July of the Lake Turkana Wind Power project, which at a generation capacity of 300MW makes it the largest wind power project on the continent.

“It was funded by the private sector,” Ebobisse said. “So there is a lot that is happening. We need to also widely understand the challenges and understand what is happening on the ground. And people are actually making good money in this investment. And there is nothing wrong about that. Let’s celebrate those successes”

A few weeks ago, the Governors of the AfDB met in Cote d’Ivoire’s capital Abidjan, approving a historic $115 billion increase to the bank’s authorised capital base to US$208 billion.

“This is the highest capital increase in the history of the bank since its establishment in 1964,” AfDB president Akinwumi Adesina said.

During the October announcement Adesina had said that a significant portion of funding would be invested in climate change.

Adesina further explained that the bank had doubled its investment in climate finance from US$12 billion to US$25 billion by 2020.

Climate mitigation is the actions taken to reduce or curb greenhouse gases, thereby addressing the causes of climate change to prevent future warming.

However, climate adaptation addresses how to live with the impacts of climate change.

He said one of the projects was the AfDB’s Green Baseload Facility, which according to the bank, aims “to accelerate the transition towards more sustainable baseload power generation options and prevent countries from locking themselves into environmentally damaging and potentially economically costly technologies”.

“It’s a US$500 million facility that we have set up to support countries that want to shift out of fuel-based energy into renewable energy and providing access to finance at a cheaper rate to be able to make that transition,” Adesina said.

The bank’s biggest investment is the Desert to Power project, which was announced in December at the United Nations’ climate conference in Katowice, Poland.

The initiative plans to supply 10 GW of solar energy by 2025 to 250 million people across 11 Sahelian countries.

The AfDB has always stated “a lack of energy remains a significant impediment to Africa’s economic and social development”.

The Sahel, which lies between The Sahara and the Sudanian Savanna, offers a blaze of sunlight with little rain as it is the region where temperatures are rising faster than anywhere else on Earth, according to the Great Green Wall initiative, a project that aims to reverse desertification and land degradation in the area.

During the United Nations Framework Convention on Climate Change in Paris in 2015, all countries committed under the Paris Agreement to “holding the increase in the global average temperature to well below 2°C above pre-industrial levels and pursuing efforts to limit the temperature increase to 1.5°C”.

Siby Diabira, regional head for Southern Africa and the Indian Ocean for PROPARCO, a subsidiary of Agence Française de Développement (AFD) focused on private sector development, told IPS that last year the group did US$1,76 billion in investment deals, half of which was in Africa.

The AIF was still in its early stages to make a pronouncement on the success of the deals, Diabira said, but “so far so good”.

Diabira said the French development agencies aimed to be 100% compliant with the Paris Agreement and hence were investing heavily in renewable energy.

She explained that PROPARCO was involved in “all types of renewable energy from hydro to solar to wind”, adding that there was a need for a mix of both traditional and renewable energy generation.

“We have been present in financing the first few rounds of renewable energy projects in South Africa and our idea is also as a DFI [Development Financial Institution] to be able to contribute to create this market for the commercial banks to come with us on those types of projects,” Diabira said.

Admassu Tadesse, president of the Trade and Development Bank, also pointed out that partnership agreements among the various banks and partners had strengthen their position in deals.

He said they expected to soon sign a deal with the European Investment Bank that will again strengthen their position.