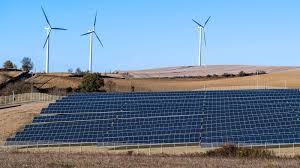 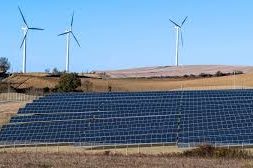 AleaSoft: The electricity generation park in India is currently led by the generation of thermal origin, mainly coal. The wind and solar energies rank third and fourth in terms of installed capacity and the Government of India has set the goal of a significant increase in the coming years. In this context, AleaSoft collaborates with Power Grid Corporation of India, as a provider of solar and wind energy forecasting.

The electricity system of India is divided into five regions: North, Northeast, East, West and South. The integration of these regions is carried out by the system operator, National Grid, which is operated and maintained by Power Grid Corporation of India. The electricity system is interconnected with Bhutan, Bangladesh, Myanmar and Nepal.

India’s electricity generation park is largely thermal. Taking into account the data available up to February 29 of this year, out of the 369 GW installed, 62% correspond to thermal generation, which includes coal, lignite, gas and diesel. Coal occupies the first place in terms of installed capacity in the country, with 54% of the total. 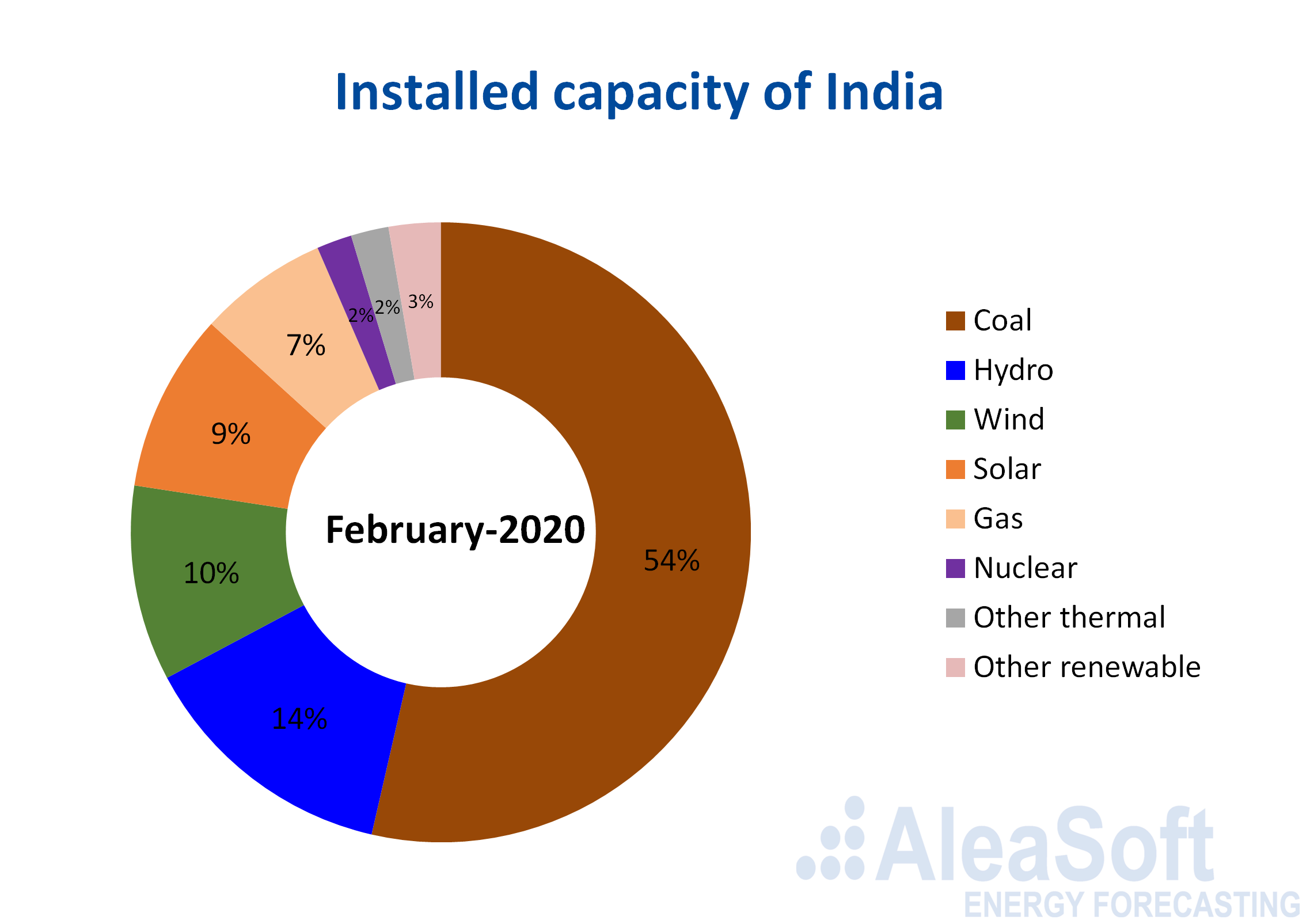 AleaSoft, the company specialised in energy forecasting, is participating in this growing process of the renewable energies in India. This month marks the first quarter of its collaboration with Power Grid Corporation of India, India’s Central Transmission Utility (CTU) and the country’s largest electricity power transmission company. AleaSoft, together with other providers, has been supplying solar and wind forecasting services for the Renewable Energy Management Centers (REMC) of India since January 2020, after a year of testing and calibration of the forecasting models.

The service that AleaSoft offers to Power Grid consists of supplying generation forecasting for wind and solar power stations in the short term, including forecasts for next week, next days and next hours, with several granularities. At the moment, the stations from which AleaSoft obtains forecasts are located in the states Tamil Nadu, Karnataka and Andhra Pradesh in the South region and Gujarat, Maharashtra and Madhya Pradesh in the West region.

AleaSoft aims to continue helping the growth of renewable energy in India for the next years, as well as in other Asian countries.