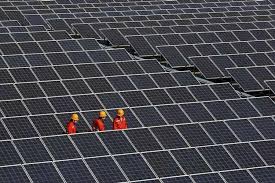 ALGIERS: Algeria plans to build several photovoltaic solar plants at an estimated cost of 3.2-$3.6 billion to meet growing domestic demand for electricity and to sell power abroad, the government said on Thursday.

Algeria, an OPEC member and a major gas supplier to Europe, has repeatedly stressed the need to launch renewable energy projects to diversify energy sources and save gas for export.

Gas is currently used to generate 98% of total electricity output in the North African country, which is keen to boost its exports of gas and oil, the main source of state revenue. Solar electricity accounts for the remaining 2%.

The planned solar power projects will have a total production capacity of 4,000 megawatts, Prime Minister Abdelaziz Djerrad’s office said on its website following a meeting of the government.

“In addition to meeting national demand for energy and preserving our fossil resources, this project would allow us to position ourselves on the international market,” it said in a statement.

It gave no details on where the electricity might be sold abroad or how much the proposed plants would contribute to domestic supply.

Algeria has come under financial pressure after a sharp fall in energy earnings, prompting the government to cut public spending and postpone planned investment projects in sectors including oil and gas.

But the authorities have announced plans to seek foreign loans in 2020 for the first time in years to fund what they called “strategic projects”.