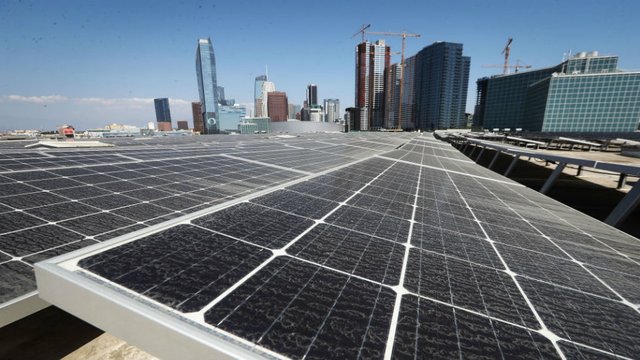 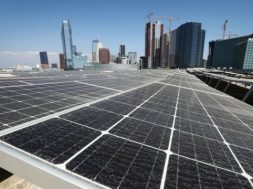 Our climate is changing, and not only is it happening faster than expected, but extreme weather events are destroying the very electricity system we rely on. We only have about 12 years to act before the damage is irrevocable. The good news is that we have the technology and solutions to decarbonize our electricity system, and the

Thanks to federal clean energy tax incentives and supportive state policies, renewable energy production has increased dramatically over the past decade. In particular,

The bottom line is that there are clean, affordable and reliable ways for families to power their homes. Clean energy tax incentives have proven to be an effective policy tool for reducing carbon emissions and bringing new technologies like energy storage into the market, and federal policymakers should continue these incentives. At the same time, state policymakers should continue their leadership enacting policies that maintain our country’s clean energy momentum.

My company is placing the solutions to climate change and grid resiliency in the hands of families across the United States. Solar and batteries deployed on homes and businesses in communities across America are the foundation for the next generation of the energy grid. Unlike the old fossil fuel plants that powered the grid over the last 100 years, energy today is cleaner and can be generated locally right where it’s used. We will still need to have a transmission grid, and large-scale centralized renewable power, but we also need to increasingly deploy local energy resources if we are to achieve a fully decarbonized grid.

Investing in renewable energy sources is like building cell towers instead of landlines. But, some policymakers want to go backwards, not forwards, by cutting investments in clean energy, rolling back energy efficiency standards, and bailing out dirty energy industries.

If we have learned anything from America’s climate experts, we have no time to waste. Investing in renewable energy will not only produce a less expensive and more reliable electrical grid, it will dramatically reduce emissions of greenhouse gases contributing to climate change.

Investing in local clean energy and storage will also reduce the risks posed by the climate-induced wildfires that have caused so much devastation in my home state of California. Homes and critical facilities such as schools and hospitals with solar and batteries can relieve pressure on nearby transmission lines in high-risk fire areas, lowering the chances of electric sparks from overhead power lines, which can sag and increase the risk of fire. Furthermore, local solar and batteries can help communities, particularly vulnerable populations, when utilities must de-energize power lines to avoid greater harm caused by natural disasters like wildfires.

Ten years ago, few Americans could have imagined a nation powered by renewable energy. But, renewable energy now provides nearly 20 percent of our electricity and we have more than enough capacity to produce all of our energy from wind and solar, according to the Department of Energy’s National Renewable Energy Laboratory. Solar power alone could produce twice as much electricity as we currently produce. We simply have to choose the policies that accelerate the transition to these cleaner, affordable energy sources.

0
0   0
previous Saft’s 2.5MWh ESS containers: Customers now demand ‘energy as well as power’
next Report: This Year, the US Will Become the World’s Largest Market for Grid-Connected Battery Energy Storage