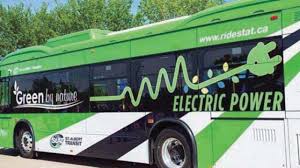 With an aim to maintain the holy hills a ‘zero carbon emission zone’, the TTD that manages the hill shrine today took a decision to introduce electric buses in the place of those operated by diesel, TTD Board Chairman YV Subba Reddy told reporters.

Reddy said Andhra Pradesh Chief Minister YS Jagan Mohan Reddy too reacted positively to the request made by TTD in the introduction of electric buses on the hills.

Initially, about 100 to 150 buses would be pressed into service by the APSRTC, he said.

The TTD Board also resolved that, after a gap of several decades, gold gilding would be spread over the Maha Dwarams (the huge doors at the main entrance), sacred Balipeetam (Altar) and Dwajasthambham (holy flag mast) at the ancient hill shrine, the Chairman said.

The board also decided to keep open the holy ‘Vaikunta Dwarams’ for ten days from the auspicious Vaikunta Ekadasi day instead of normal two days, he said.

The board is also planning to reintroduce the free mass marriages scheme meant for the poor, the TTD Chairman added.