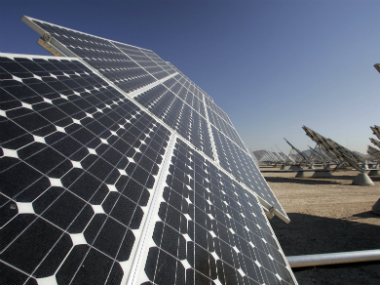 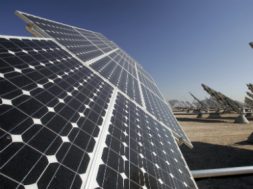 New Delhi: The Andhra Pradesh government’s move to review and cut the purchase cost of wind and solar energy could stress 5.2-GW renewables projects with estimated debt exposure of over Rs 21,000 crore,” Crisil said on Tuesday.

The move could also aggravate the problem of delayed payments from distribution companies (discoms), it said.

According to the agency’s statement, nearly half of this 5.2-GW capacity is at higher risk of default since they lack liquidity support beyond project level.

“The order, issued on July 1, 2019, directs a high-level negotiation committee to use current rates, rates prevalent at the time of commissioning of projects, and the current opportunity cost of other sources of power to benchmark and renegotiate agreements, and also submit its report to the state in 45 days,”it stated.

“They now face renegotiation risk given that their tariffs are above the recent auction prices of below Rs 3 per unit for renewable projects and average power purchase cost of Rs 3.8 per unit in Andhra Pradesh in fiscal 2019.”

This excludes inter-state transmission system projects of 2 GW capacity, where exposure is to central counter parties (of NTPC and Solar Energy Corporation of India) and are relatively safe as the payments to the developers are from the counterparties’ pooled cash flows, he added.

Assuming a typical debt funding per MW of Rs 4 crore, this would put Rs 21,000 crore of debt at risk of default. That is because, in the event of any adverse recommendation by the committee, generators may take the legal route to stall implementation, which will prolong resolution and result in further delays in payment to renewable projects, Crisil said.

The Andhra Pradesh discoms are already facing a significant resource crunch with revenue gap (revenue generated less the operating expenses) widening in fiscal 2019. Consequently, discoms have been delaying payments to generators by 6 to 12 months.

Ankit Hakhu, Associate Director, Crisil Ratings said, “Any prolonged delay would put 50 per cent of capacity (2.6 GW with Rs 10,600 crore of debt) at immediate risk of default in debt servicing as these projects would have no other liquidity support apart from project-level liquidity reserves typically six months of debt servicing.”

The rest 50 per cent of the capacity (with Rs 10,400 crore of debt) may get a temporary lifeline being part of renewable groups or being part of corporates with strong financial flexibility. Such groups are prudently earmarking liquidity from recently raised capital at the holding company level, and may sustain debt servicing of such projects by another 6 to 12 months, as per the statement.

Issues of tariff renegotiation have also surfaced in the past in Andhra Pradesh when discoms requested renegotiation of contracted wind tariffs to lower levels, which was rejected by the Andhra Pradesh Electricity Commission (APERC) by upholding the terms of the signed power purchase agreements, the agency said.

However, it said that there has been no stance from the APERC on the current issue, so far.

A quick resolution here is also necessary to prevent vitiating of investor confidence in the sector, which is crucial to achieving the central government’s goal of 175 GW renewables capacity by fiscal 2022, it added.