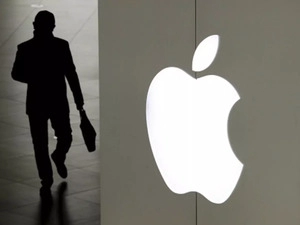 Apple on Wednesday said it has more than doubled the number of suppliers committed to using clean energy to 175 globally in the last one year, including those from India, as part of the technology major’s aim to become carbon neutral across its supply chain and products by 2030.

In total, 175 Apple suppliers will transition to using renewable energy. The company and its suppliers will bring online more than 9 gigawatts of clean power around the world. This is up from 75 suppliers enrolled last year.

These actions will avoid over 18 million metric tonnes of carbon dioxide emissions annually – the equivalent of taking over 4 million cars off the road each year.

“In India, we have, so far, 11 manufacturing sites operated by suppliers who have joined our clean energy programme, so it’s certainly a big role. We are also really excited to see expanded growth in India of renewable energy generally, we also think that’s a really great roadmap to a resilient energy future for India and so very appreciative of the commitments of the local facilities, and also of the policy to enable access to that renewable energy,” Apple Senior Director and Environment and Supply Chain Innovation Sarah Chandler told reporters.

She noted that Apple also focuses on educating suppliers and helping them build capacity to transition to renewable energy, and much of that work is specific to a region.

“…so helping a supplier understand what is available in their local market, what the barriers might be, and how best to set themselves up with a solution that works for them. So we have some suppliers who are able to invest in onsite solutions…we are certainly side by side with them as they do that,” Chandler added.

Talking about the progress on these initiatives despite COVID-19 challenges, Chandler said the dramatic increase that has been seen in supplier clean energy commitments is a proof that environmental stewardship can also be good for business.

“Ahead of COP26, we hope these actions from Apple will encourage governments around the world, as well as the business community, to drive progress towards protecting the planet we all share,” she told PTI.

Models like iPhone 11, new iPhone SE and iPhone 12 are assembled in India by its supplier-partners.

The Cupertino-based company has also added 10 new projects for its first-of-a-kind ‘Power for Impact’ initiative to bring clean energy solutions to communities around the world.

These projects are designed to provide renewable power to under-resourced communities while supporting economic growth and social impact.

While Apple is already carbon neutral across its global operations, by 2030, every Apple device sold will have a net-zero climate impact. Since announcing this goal last year, the company has dramatically increased the number of its suppliers transitioning to renewable energy as well as expanded the amount of recycled material in its products and established new projects focused on environment.

In total, Apple has reduced its carbon emissions by 40 per cent over the past five years.

In the US, 19 suppliers in Apple’s Supplier Clean Energy Programme, including Solvay, are scaling their use of renewable energy across their Apple operations, while in China, 50 suppliers are now part of the programme.

In India, Japan, and South Korea, 31 suppliers have joined, including SK Hynix.