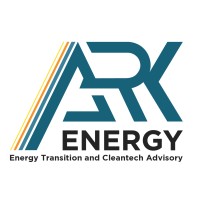 The Epuron business and team has been integrated into Ark Energy headed up by Ark Energy’s Vice Chairwoman Kathy Danaher and Chief Executive Officer Daniel Kim, and will operate out of offices in Sydney and Brisbane.

Ms Danaher said that both organisations have been looking forward to completing the deal: “We are excited to officially welcome the Epuron team into the Ark Energy family and combine our strengths to accelerate the energy transition and deliver low carbon futures for Korea Zinc and other third-party commercial and industrial customers”.

Ark Energy’s development team will continue to operate under the Epuron brand for the time being, led by Head of Development Paul Stangroom.

Under Mr Stangroom the development team will deliver projects under existing joint development agreements with high-quality counterparties, as well as fast-track the development of the early-stage projects and the growing investigation pipeline that now form part of Ark Energy’s portfolio.

Mr Stangroom will work alongside Ark Energy’s Head of Commercial, Strategy and Operations, Dan Hamel, as the group’s business model expands from a project developer to one that develops, builds, owns and operates renewable energy projects long-term.

Epuron’s co-founders Martin Poole and Andrew Durran will serve on an Advisory Panel to Ark Energy for an initial period of six months post completion. Speaking on behalf of himself and Mr Durran, Mr Poole said that the sale gives Epuron the ideal opportunity to build on its legacy.

“Ark Energy is a great new home for the Epuron team. We’re moving forward in good hands and with an opportunity to play a bigger role in Australia’s energy transition,” Mr Poole said.

Yun B. Choi, Founder and Chairman of Ark Energy and Vice Chairman of its parent company Korea Zinc, said the Epuron acquisition is a significant step for all parties.