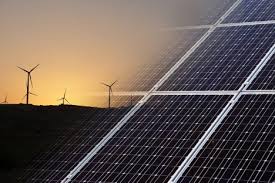 In the transition to a decarbonized electric power system, variable renewable energy (VRE) resources such as wind and solar photovoltaics play a vital role due to their availability, scalability, and affordability. However, the degree to which VRE resources can be successfully deployed to decarbonize the electric power system hinges on the future availability and cost of energy storage technologies.

In a paper recently published in Applied Energy, researchers from MIT and Princeton University examine battery storage to determine the key drivers that impact its economic value, how that value might change with increasing deployment over time, and the implications for the long-term cost-effectiveness of storage.

“Battery storage helps make better use of electricity system assets, including wind and solar farms, natural gas power plants, and transmission lines, and that can defer or eliminate unnecessary investment in these capital-intensive assets,” says Dharik Mallapragada, the paper’s lead author. “Our paper demonstrates that this ‘capacity deferral,’ or substitution of batteries for generation or transmission capacity, is the primary source of storage value.”

Other sources of storage value include providing operating reserves to electricity system operators, avoiding fuel cost and wear and tear incurred by cycling on and off gas-fired power plants, and shifting energy from low price periods to high value periods — but the paper showed that these sources are secondary in importance to value from avoiding capacity investments.

For their study, the researchers — Mallapragada, a research scientist at the MIT Energy Initiative; Nestor Sepulveda SM’16, PhD ’20, a postdoc at MIT who was a MITEI researcher and nuclear science and engineering student at the time of the study; and fellow former MITEI researcher Jesse Jenkins SM ’14, PhD ’18, an assistant professor of mechanical and aerospace engineering and the Andlinger Center for Energy and the Environment at Princeton University — use a capacity expansion model called GenX to find the least expensive ways of integrating battery storage in a hypothetical low-carbon power system. They studied the role for storage for two variants of the power system, populated with load and VRE availability profiles consistent with the U.S. Northeast (North) and Texas (South) regions. The paper found that in both regions, the value of battery energy storage generally declines with increasing storage penetration.

“As more and more storage is deployed, the value of additional storage steadily falls,” explains Jenkins. “That creates a race between the declining cost of batteries and their declining value, and our paper demonstrates that the cost of batteries must continue to fall if storage is to play a major role in electricity systems.”

The study’s key findings include:

The results of the study highlight the importance of reforming electricity market structures or contracting practices to enable storage developers to monetize the value from substituting generation and transmission capacity — a central component of their economic viability.

“In practice, there are few direct markets to monetize the capacity substitution value that is provided by storage,” says Mallapragada. “Depending on their administrative design and market rules, capacity markets may or may not adequately compensate storage for providing energy during peak load periods.”

In addition, Mallapragada notes that developers and integrated utilities in regulated markets can implicitly capture capacity substitution value through integrated development of wind, solar, and energy storage projects. Recent project announcements support the observation that this may be a preferred method for capturing storage value.

Implications for the low-carbon energy transition

The economic value of energy storage is closely tied to other major trends impacting today’s power system, most notably the increasing penetration of wind and solar generation. However, in some cases, the continued decline of wind and solar costs could negatively impact storage value, which could create pressure to reduce storage costs in order to remain cost-effective.

“It is a common perception that battery storage and wind and solar power are complementary,” says Sepulveda. “Our results show that is true, and that all else equal, more solar and wind means greater storage value. That said, as wind and solar get cheaper over time, that can reduce the value storage derives from lowering renewable energy curtailment and avoiding wind and solar capacity investments. Given the long-term cost declines projected for wind and solar, I think this is an important consideration for storage technology developers.”

The relationship between wind and solar cost and storage value is even more complex, the study found.

“Since storage derives much of its value from capacity deferral, going into this research, my expectation was that the cheaper wind and solar gets, the lower the value of energy storage will become, but our paper shows that is not always the case,” explains Mallapragada. “There are some scenarios where other factors that contribute to storage value, such as increases in transmission capacity deferral, outweigh the reduction in wind and solar deferral value, resulting in higher overall storage value.”

Battery storage is increasingly competing with natural gas-fired power plants to provide reliable capacity for peak demand periods, but the researchers also find that adding 1 megawatt (MW) of storage power capacity displaces less than 1 MW of natural gas generation. The reason: To shut down 1 MW of gas capacity, storage must not only provide 1 MW of power output, but also be capable of sustaining production for as many hours in a row as the gas capacity operates. That means you need many hours of energy storage capacity (megawatt-hours) as well. The study also finds that this capacity substitution ratio declines as storage tries to displace more gas capacity.

“The first gas plant knocked offline by storage may only run for a couple of hours, one or two times per year,” explains Jenkins. “But the 10th or 20th gas plant might run 12 or 16 hours at a stretch, and that requires deploying a large energy storage capacity for batteries to reliably replace gas capacity.”

Given the importance of energy storage duration to gas capacity substitution, the study finds that longer storage durations (the amount of hours storage can operate at peak capacity) of eight hours generally have greater marginal gas displacement than storage with two hours of duration. However, the additional system value from longer durations does not outweigh the additional cost of the storage capacity, the study finds.

“From the perspective of power system decarbonization, this suggests the need to develop cheaper energy storage technologies that can be cost-effectively deployed for much longer durations, in order to displace dispatchable fossil fuel generation,” says Mallapragada.

To address this need, the team is preparing to publish a followup paper that provides the most extensive evaluation of the potential role and value of long-duration energy storage technologies to date.

“We are developing novel insights that can guide the development of a variety of different long-duration energy storage technologies and help academics, private-sector companies and investors, and public policy stakeholders understand the role of these technologies in a low-carbon future,” says Sepulveda.