Home Batteries Autos to be fitted with electric batteries 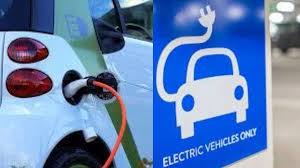 “Providing electric retrofit kits with swappable batteries for three-wheeler high speed passenger autos in place of IC engine will be the first-of-its-kind in the country,” said Ramana Reddy

Amaravati : The government is mulling replacing existing internal combustion (IC) engines in auto-rickshaws with electric batteries in a move aimed at lowering air pollution levels in major cities. To encourage auto-rickshaw owners to switch to the new technology, the government plans to set up battery swapping stations and a number of charging stations.

“According to studies, 37 per cent of the air pollution is generated by the vehicles. We need to act fast to move to electric vehicles (EVs) as ambient air quality is not up to the mark in many cities including Vijayawada, Rajahmundry and Visakhapatnam,” New and Renewable Energy Development Corporation (NREDC) MD S Ramana Reddy told TOI.

A majority of the nearly one crore vehicles plying the roads in the state are either two- or three-wheelers, Ramana Reddy said. Given the growing auto-rickshaw fleet, the state plans to swap batteries in autos with electric retrofit kits, Ramana Reddy said, adding the corporation has sought the support of AP Pollution Control Board and GMR Foundation.

“Providing electric retrofit kits with swappable batteries for three-wheeler high speed passenger autos in place of IC engine will be the first-of-its-kind in the country,” said Ramana Reddy.

The corporation has also submitted a proposal to the International Centre for Automotive Technologies (ICAT), Manesar for developing human resources and imparting skills in Electric Vehicles Technologies (EVT) to a young workforce.

Hero Electric Private Limited has spared four electric two-wheelers which were handed over to the ward secretariat staff at Pulivendula Municipal Corporation for an RTS, said Ramana Reddy, adding they have entered into an memorandum of understanding with NTPC and RIEL for setting up charging stations across the state.