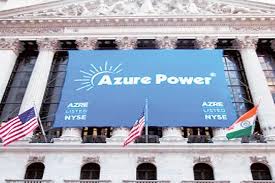 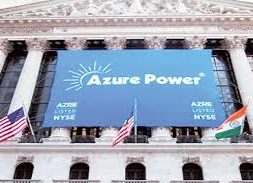 Azure Power Solar Energy will hold roadshows from Tuesday for its proposed dollar bonds issuance through which the firm hopes to raise close to $350 million, sources in the know said.

The bonds will be “144A/Reg S”, indicating US investors also likely to take part in the issue. The notes will have a tenor of close to five years. “Over the next one week, roadshows will be conducted across Singapore, Hong Kong, London, New York, Los Angeles and Boston. This will be a high-yield issue,” said a source close to the deal.

Moody’s Investors Service has assigned a “Ba2” rating to the proposed notes of Azure Power Solar Energy. The notes are guaranteed by its holding company, Azure Power Global. “The proceeds of the proposed 5.25-year USD senior notes will be used to refinance the existing project debt of the restricted subsidiaries, refinance the existing debt of Azure Power Solar, incur capital expenditure for re-powering, transaction expenses, and advance the balance amount to repay shareholder loans,” Moody’s note said. Azure Power’s issue comes close on the heels of ReNew Power’s dollar bond issuance. Last week, the firm is understood to have priced its dollar bonds, having a tenor of close to three years, at 6.45% to raise $300 million from the dollar bond market.

Foreign currency bond issuance from India has already crossed the $16-billion mark so far this year, and is well on its way to hit a record high with many firms queuing up to raise funds, bankers say.

Sources had earlier told FE that firms like Indian Railway Finance Corporation (IRFC) and ONGC are in talks with bankers to explore the possibility of raising a billion dollars each from the dollar bond market. According to bankers, the remaining four months of 2019 are likely to see some reasonable number of foreign currency (FCY) bond issuance out of India.