Bharat Heavy Electricals Limited (BHEL) has successfully commissioned the first unit of the 4×30 MW Pulichintala Hydroelectric project (HEP) in the state of Telangana. The greenfield project is being set up by TSGENCO in Guntur district of Telangana on the river Krishna. BHEL’s scope of work in the project includes design, manufacture, supply, supervision of erection, testing and commissioning of Electrical & Mechanical (E&M) package comprising 4 sets of 30 MW vertical Kaplan Turbine & Generator along with associated auxiliaries. The equipment has been manufactured at BHEL’s plants at Bhopal, Jhansi, Rudrapur & Bengaluru, while supervision of erection & commissioning of the project has been carried out by the company’s Power Sector – Southern Region construction division. BHEL has made significant contribution to the hydro sector of Telangana and has commissioned 983 MW of hydro power projects in the state, so far.

Some of the large hydro projects commissioned by BHEL in Telangana are the 500 MW Nagarjuna Sagar PSS and the 300 MW Srisailam Left Bank Power House. In addition to hydro power generation projects, BHEL has commissioned Lift Irrigation Scheme projects of various ratings comprising 21 Pump-Motor sets totalling to 401 MW in the state of Telangana. BHEL is also presently executing 26 Pump-Motor sets totaling to 2,713 MW for various Lift Irrigation Schemes in Telangana, including Kalwakurthy Stage-III LIS and Pranhita Chevella LIS Package – 6, 8, 10 & 11. Significantly, BHEL has secured orders for more than 500 Hydroelectric generating sets of various ratings till date, with a cumulative capacity of more than 29,000 MW, out of which, equipment for about 5,700 MW generating capacity has been contracted outside India. Also, HEPs of around 3,300 MW are presently under execution by BHEL in the country which are under various stage of implementation. 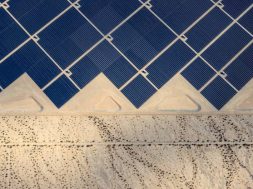