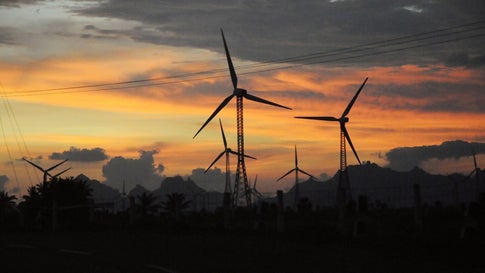 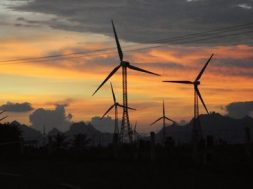 With the Bimstec leaders gathered in the national capital for Prime Minister-elect Narendra Modi’s swearing in ceremony on Thursday, the member-nations could benefit from India’s rapid renewable energy capacity increase, say experts.

The New Delhi-based organisation CarbonCopy said the annual electricity trade potential between South Asian and Southeast Asian countries could be from 65,000 MW to 95,000 MW by 2045.

Quoting the Integrated Research and Action for Development (IRADe), a document compiled by it, says electricity trade between South Asian countries could reach 60,000 MW by 2045 if South Asian economies continue to grow at 6.5 per cent.

However, a World Bank study puts the figure to be well over 95,000 MW.

The report states Cross Border Electricity Trade could be the vehicle through which India supplies 100 per cent renewable energy to its neighbours.

India has a target of installing 175 GW of wind and solar energy by 2022. If achieved, that would be close to 50 per cent of India’s current total installed power capacity.

With more than 40 GW worth of existing coal fired power plant under financial stress in India, this fiscal has seen India’s renewable energy ambition increase even further to 275 GW by 2027.

While there are other initiatives aimed at increasing connectivity and building energy infrastructure within the South Asian region besides the BRI, they are not committed to 100 per cent renewable energy.

Therefore, they are not clearly aligned to the Paris Agreement or UN Sustainable Development Goals.

Bangladesh, for instance, has a renewable energy target of 20 GW by 2021, while the Maldives has a target of 60 per cent solar power by 2020 as part of their carbon neutral plan and has signed a pact with India.

Sri Lanka has expressed a keen interest in cleaner and cheaper energy cooperation with India.

Tim Buckley, Director Energy Finance Studies with the US-based Institute for Energy Economics and Financial Analysis, said that India was entering the centre stage of the world in terms of the critical global issues relating to energy-climate-decarbonisation policies.

“With Prime Minister Narendra Modi’s clearly articulated and highly ambitious vision of 275 GW of renewables by 2027, India has emerged as a world leader in the renewable energy sector,” Buckley told IANS.

Having seen cost deflation of well over 50 per cent during Modi’s first term in office, both wind and solar are providing significant investment in domestic markets.

Clean energy prices are now 20 per cent below the electricity grid average, he said.

The Council on Energy, Environment and Water (CEEW) Director, Energy Finance, Kanika Chawla said: “The energy transition in emerging economies around the world is unlikely to resemble the transitions we have seen in more developed economies or the one in China.

“Growing energy demand in emerging economies in the Bay of Bengal Initiative for Multi-Sectoral Technical and Economic Cooperation (Bimstec) region, along with several competing uses of public money for advancing development, will need the energy transition to be resource efficient and timely.

“Keeping this in mind, India’s lessons on navigating through a complex power sector and the associated political economy will be critical in supporting its neighbours in developing domestic capacity that comes without strings attached,” she added.

(Vishal Gulati can be reached at vishal.g@ians.in)