BioAmber Inc.is pleased to announce that its shares of common stock (“Common Shares”) have been conditionally approved for listing on the Toronto Stock Exchange (”TSX”) and that its previously issued special warrant (the “Special Warrant”) has been automatically exercised, on April 28, 2017, for 2,224,199 Common Shares (the “Underlying Shares”) following the issuance of a receipt for its final prospectus qualifying the Underlying Shares by the British Columbia Securities Commission. The Special Warrant was issued by way of a private placement on December 30, 2016, at a price of US$4.00 per Underlying Share issuable upon the exercise thereof, resulting in gross proceeds to the Company of US$8,896,796. Such proceeds were placed in escrow and are being released to the Company concurrently with the automatic exercise of the Special Warrant.

The Common Shares are expected to be posted for trading on the TSX in the coming week, and will trade under the trading symbol ”BIOA”. The CUSIP number will be 09072Q106, the same CUSIP as the Common Shares currently traded on the New York Stock Exchange (“NYSE”). ”We are honoured to have been approved by the TSX for this listing on Canada’s senior stock exchange. Canadian investors have shown a strong interest in renewable companies and we have attracted a growing shareholder base in Canada. A TSX listing will complement our existing NYSE listing by adding greater liquidity and depth of distribution for our investors,” stated Fabrice Orecchioni, BioAmber President and COO. 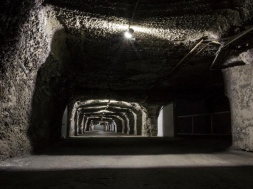