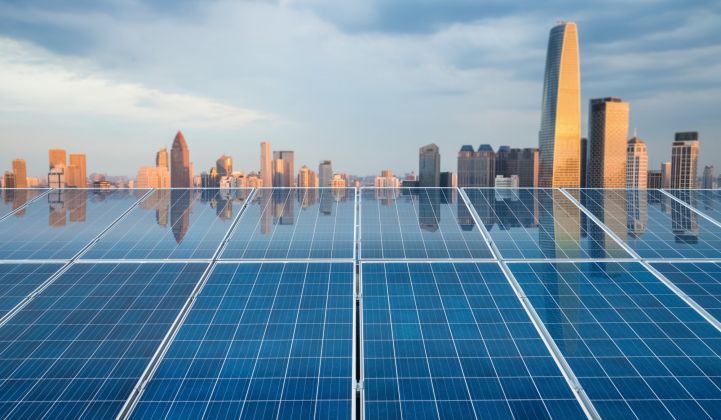 Bloomberg-Backed Cities Initiative Aims to Deploy 2.8GW of Renewables by 2021 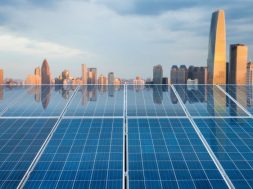 Bloomberg-Backed Cities Initiative Aims to Deploy 2.8GW of Renewables by 2021

The Rocky Mountain Institute, World Resources Institute and the city of Minneapolis on Tuesday announced the formation of a new group designed to help municipalities procure more renewables in the next two years. The program is based on RMI’s Business Renewables Center (BRC), which helps corporations buy more renewables.

The new program, called the American Cities Climate Challenge Renewable Accelerator, targets 2.8 gigawatts of renewables deployed by cities nationwide by 2021. It’s part of a greater $70 million initiative spearheaded by Bloomberg Philanthropies to encourage climate action at the municipal level. Organizers say the programs are another attempt to provide local leadership in the wake of federal inaction on climate change.

“The context of this really is, in many ways, this administration’s withdrawal from the Paris agreement,” said Rushad Nanavatty, a principal at RMI who has worked on the BRC and will lead the new program. “There was essentially an abdication of responsibility at the federal level, and following that, you had a whole host of subnational actors stepping in and filling the breech.”

In 2017, the Trump administration said it would work to pull out of the Paris pact, though the agreement’s rules mean the U.S. cannot actually leave until the day after the November 2020 presidential election.

In the wake of that announcement, a number of groups — such as the U.S. Climate Alliance, We Are Still In, Ready for 100, RE100 and the Urban Sustainability Directors Network, which is affiliated with RMI’s new program — continued to push for climate policies and commitments at the local and state levels.

We Are Still In counts several corporations, including Apple, Google and Target, as members and other groups are geared specifically towards companies, such as the We Mean Business Coalition and RE100.

RMI’s BRC was conceived in 2015 as a way to help those companies turn commitments into actual wind and solar deals, with a goal of 60 gigawatts of renewable energy by 2030. In 2017 and 2018, corporations set annual records for the renewables capacity they procured, with over 6.5 gigawatts in 2018 according to the BRC (which only tracks U.S. deals).

Corporate renewables were so significant last year that they accounted for nearly a quarter of U.S. solar deals, according to research from Wood Mackenzie Power & Renewables. The BRC is also now part of a greater effort called the Renewable Energy Buyers Alliance that also has support from groups like WRI and the World Wildlife Fund.

Though the new effort has a shorter timeframe and a more modest goal, it will also focus on getting from commitments to actual progress. According to the Sierra Club’s Ready for 100 campaign, over 100 cities have already committed to 100 percent renewables or clean energy. With a few tweaks, Nanavatty said BRC’s mandate can be translated to help them get there.

“Cities are in a pretty analogous situation to the situation corporates were in a few years ago, in that they have made a number of really, really ambitious and in some ways pretty radical commitments and are now looking for ways to turn those commitments into action,” said Nanavatty.

“Our specific mandate is to essentially help cities decarbonize their electricity systems, primarily through the procurement of renewable energy,” he added. Though Bloomberg Philanthropies selected 25 cities, including Minneapolis, for its wider program supporting cities in carbon-reduction goals, RMI plans to expand the accelerator to other cities that want to participate.

To do it, the Renewable Accelerator will borrow several tools from the BRC: procurement guidance like transaction documents and case studies, intensive education “boot camps” and ongoing peer exchange where cities will trade knowledge. While the BRC focuses mostly on largescale, offsite procurement and virtual power purchase agreements, the new program will also incorporate local options like onsite solar and community solar.

Compared to corporations, cities face a unique set of challenges in buying renewables, according to Nanavatty. Many municipalities don’t have retail choice, meaning they can’t pick their electricity provider or source of generation and instead must work closely with their utility to work out a plan. Other locations may not have regulations in place for programs like community solar. And cities are generally up against finite resources in terms of staffing and money.

In the case of Minneapolis, city director of sustainability Kim Havey said the city has to cover the gap between its renewables goals and the planned portfolio of its utility, Xcel Energy. Last year, Minneapolis committed to achieving 100 percent renewables by 2030. By then Xcel will be well on its way to its own 100 percent carbon-free by 2050 goal, cutting carbon emissions 80 percent. But, in setting its target, the utility chose to leave its options open to use clean energy rather than entirely renewables. Havey said the city will have to bridge the gap through green energy programs, rooftop solar, community solar and other programs.

“We also want to use the opportunity to expand workforce opportunities for low-income Minneapolis residents, achieve equity in the benefit distribution and siting and achieve additionality of new renewable sources,” said Havey in an email. “And, of course, we do not want to pay a premium over what we pay now for electricity.”

Nanavatty said the new initiative is already seeing “hugely encouraging” interest. RMI and its partners will host the program’s first boot camp in D.C. starting today. It’s focused on largescale procurement and representatives from 30 cities plan to attend. Another boot camp, on local procurement options, is slated for March.