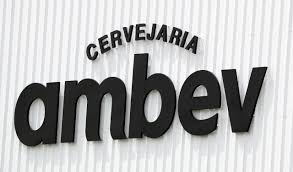 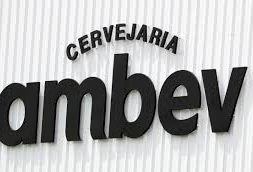 SAO PAULO: Ambev SA said on Wednesday it has signed contracts with four partners to build solar plants in Brazil that will supply clean energy to all of the brewing company’s 94 distribution centers in the country by the end of March 2020.

The move is part of a global effort by parent company Anheuser Busch InBev to have all of its operations run by renewable energy sources by 2025, and follows previous sustainability initiatives.

Ambev, Latin America’s largest brewer, in August said it had agreed to add 1,600 Volkswagen electric trucks to its logistics operators’ fleet in Brazil by 2023.

As part of the latest deal, known as “distributed generation,” Ambev will pay 140 million reais ($36.30 million) over 10 years to all four partners, which themselves will spend 50 million reais ($12.96 million) to build the 31 facilities.

“The contract works almost as a leasing, and by the end of the 10-year period all the solar plants will be ours,” Leonardo Coelho, Ambev’s sustainability and supply chain director, said in an interview.

He added the project comprises over 50,000 solar panels, which together will generate 2,600 megawatt hours (MWh) per month, saving 2,900 tons of carbon dioxide annually. Some of the components will be imported from China and others will be produced locally.

“It is enough to supply clean energy to 15,000 family homes and, of course, this energy will be cheaper. But the most significant benefit here is the environmental rather than the financial one,” Coelho said.

Ambev struck an initial partnership with unlisted firm Alexandria to build a solar plant in the southeastern Brazilian town of Uberlandia.

The “distributed generation” system, under which the government provides incentives for small-scale alternative energy production, has been popular in Brazil, although energy regulator, Aneel, has said it is eyeing changes to the model as of 2020.

But Coelho said Ambev’s decision to speed up the roll-out is unrelated to possible regulatory changes.

Ambev, of which Belgian AB InBev owns 61.9 percent, operates in 16 countries in the Americas, including Argentina, where all of its breweries are powered by wind farms, and Chile, where it leans on a mix of wind farms and solar plants, he said.

Last year, total capital expenditure by the Brazilian subsidiary in all regions grew by 11.5% to 3.57 billion reais. Only in Brazil, the plan is to invest 2 billion reais in 2019, focusing mostly on production of premium beer and innovation.

Ambev’s dive into renewable energy sources comes weeks after Heineken’s Brazilian subsidiary invested 40 million reais ($10.37 million) in a wind farm in the northeastern state of Ceara that will generate about 30% of its local breweries’ power needs.

0
0   0
previous Kao Data Increases Commitment to Sustainability, Deploying 100% Renewable Energy at its London Data Centre Campus
next Pegasus Group Holdings and Plus Minus Power Have Selected Mohave County, Arizona as the home for their $3 Billion Renewable Energy Data Center