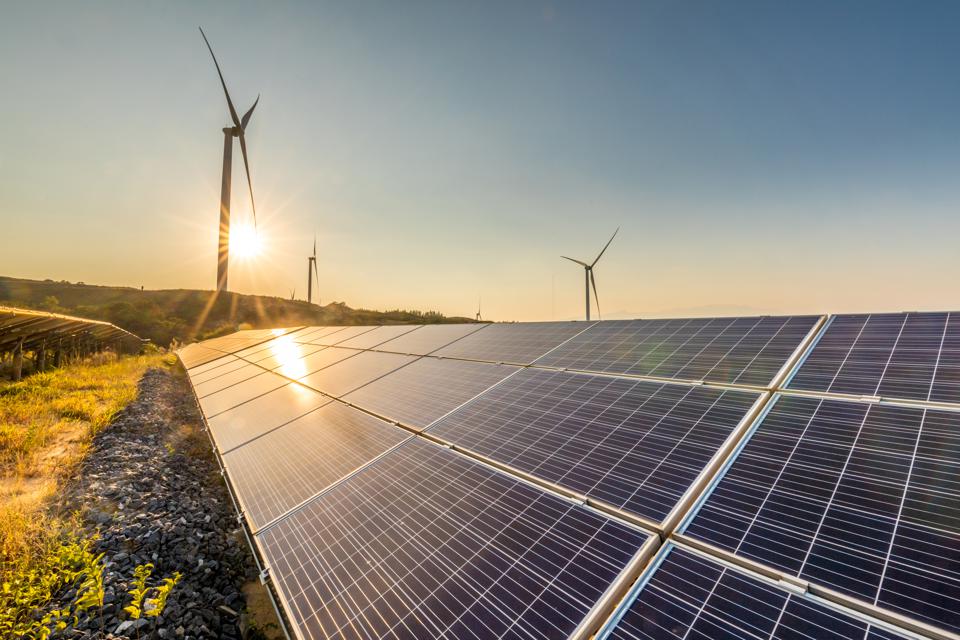 It’s now cheaper to build and operate new large-scale wind or solar plants in nearly half the world than it would be to run an existing coal or gas-fired power plant.

That’s the latest analysis from BloombergNEF, which sees that even with the risk of rising commodity prices, a new solar park or wind farm is still competitive with existing coal or gas plants in countries that represent 46% of the world’s population.

So far, bigger and more efficient solar panels and wind turbines have helped prevent the higher prices of key materials from adding to the overall cost of projects. But it’s not clear how long that trend can last.

“The rise in commodity prices has not resulted in an increase in our global levelized cost of energy benchmarks for solar and wind just yet,” said Seb Henbest, chief economist at BNEF. 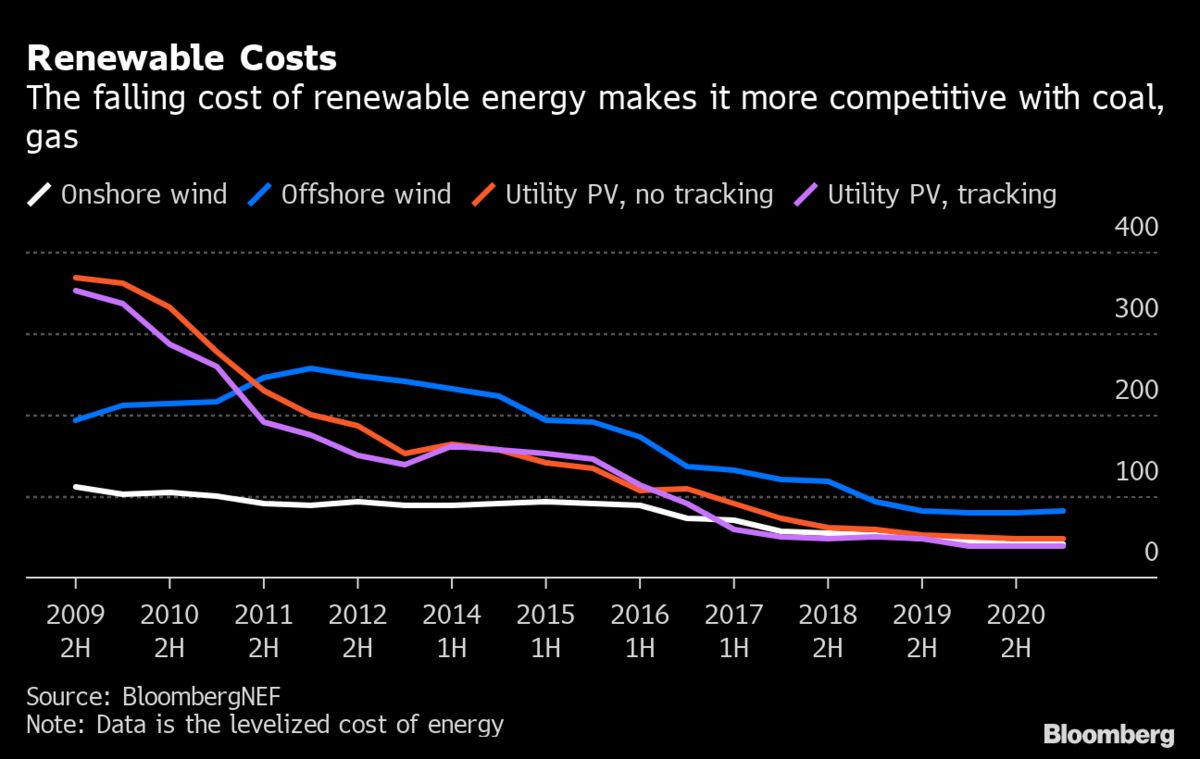 “But if sustained through the second half of 2021, this rise could mean that new-build renewable power gets temporarily more expensive, for almost the first time in decades.”

The price of polysilicon, one of the key raw materials for solar panels, is up threefold in the past year. That’s set to contribute to average solar module prices increasing at least 5% globally this year from 2020, according to BNEF. The surging cost of steel is set to boost wind turbine prices by as much as 17% this year.

Still, the overall trend for renewable power prices makes them increasingly competitive with fossil fuels. The cost of power from solar panels that track the sun fell 4% from the second half of 2020 to $38 per megawatt hour. 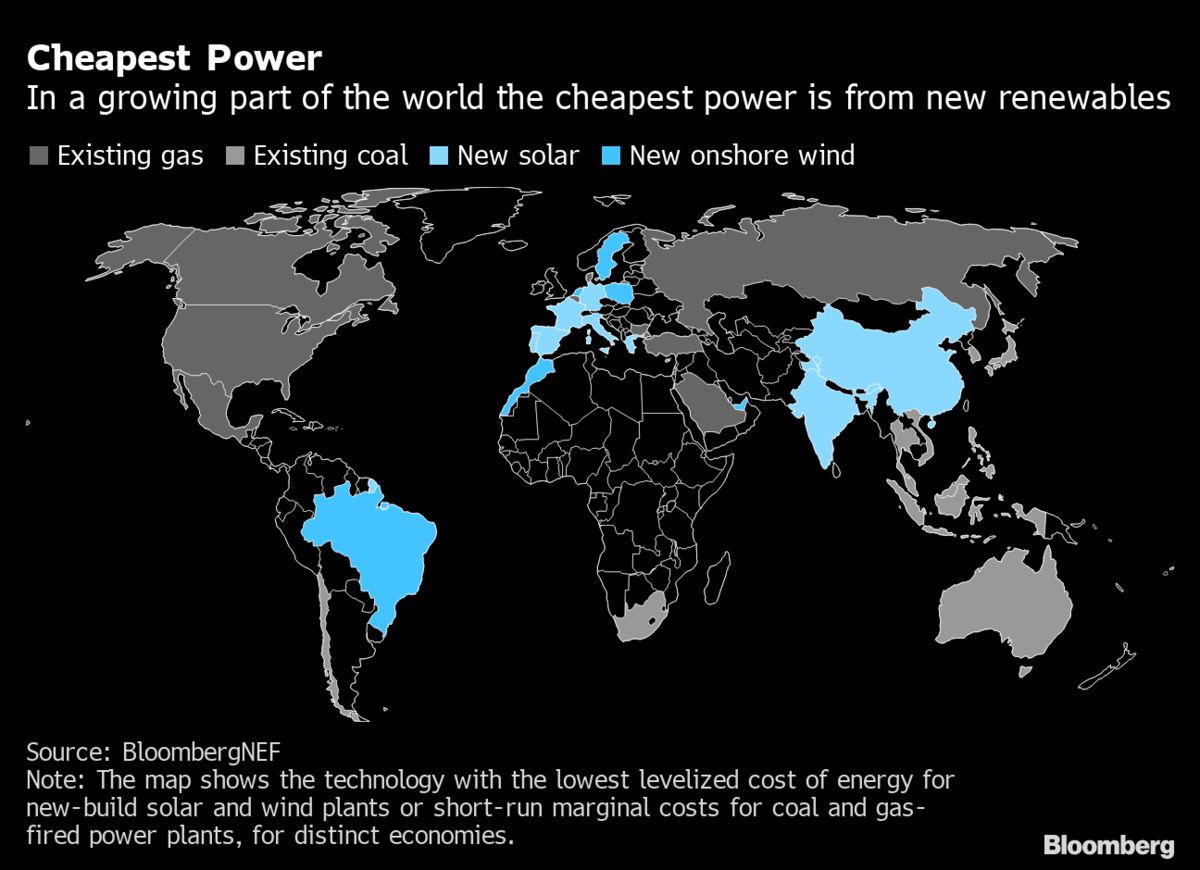 The cheapest solar projects in Chile, India, the UAE, China, Brazil and Spain can produce power for as little as $22 per megawatt hour, BNEF found.

The steel-dependent wind industry has so far seen prices remain flat this year compared to the second half of 2020, with BNEF’s global benchmark cost for wind farms on land steady at $41 per megawatt hour.

The rising input costs have been partially offset by increasingly large and powerful turbines, which grew by about 10% on average compared to last year.

In countries including China, India and Germany, it’s now cheaper to build a new large-scale solar farm than it would be to run an existing coal or gas-fired plant, according to BNEF.

Similarly, in countries such as Brazil, the U.K., Poland and Morocco, a new wind farm would be cheaper than running an existing fossil-fuel plant.