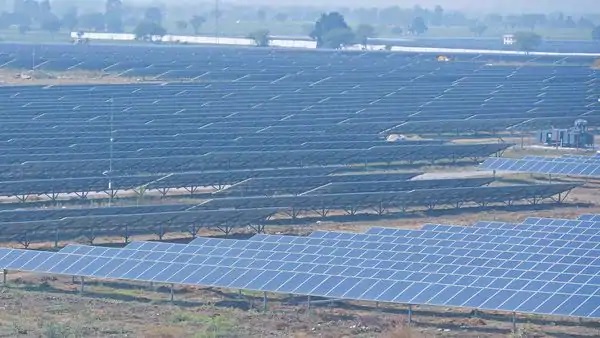 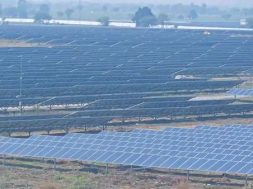 Setting up a financial institution will add heft to India’s credentials as a clean energy champion that was bolstered by co-founding International Solar Alliance, the first treaty-based international government organization headquartered here

New Delhi: The new and renewable energy ministry plans to shortly move a Cabinet note for setting up of a World Solar Bank (WSB), said two people aware of the development.

With Beijing taking the lead in creating Asian Infrastructure Investment Bank (AIIB) and the New Development Bank (NDB), the plan is to have the bank headquartered here, with India becoming its lead member by taking a stake in it.

Setting up a financial institution will add heft to India’s credentials as a clean energy champion that was bolstered by co-founding International Solar Alliance (ISA), the first treaty-based international government organization headquartered here.

India’s ministry of new and renewable energy may move the Cabinet note for inviting comments for the bank, to be set up to disburse around $50 billion to ISA member countries over the next ten years.

This comes in the backdrop of 30 ISA member countries ratifying its framework agreement, that opens up the membership of the first treaty-based international government organization headquartered here to all United Nations member countries.

“Financing holds the key. The bank will be in a position to commence operations upon receiving commitments of around 60% of the total capital i.e. commitments of at least $ 6 billion,” said a person aware of the development cited above requesting anonymity.

According to the preliminary plans being discussed, the Bank may require a total equity capital of $10 billion and a paid-up capital of $2 billion for setting up solar projects. The idea of a WSB has gained traction as many of the ISA member countries may have difficulty raising finances on their own.

Mint had first reported about the proposed bank on 25 June, 2018.

India has been trying to leverage ISA to land solar power project contracts in its member countries. A case in point being Sri Lanka, where state-run NTPC Ltd plans to set up a solar power park. NTPC also plans to help Gambia and Malawi develop solar power parks and is eyeing project management consultancy contracts in Sudan, Mozambique, Egypt, Uganda, Rwanda and Niger. India’s largest power generation utility recently got such contracts in Mali and Togo.

When the ISA was launched, its membership was limited to 121 countries which were partially or fully located within the tropics. This didn’t allow major solar energy economies such as Germany to join the organisation co-founded by India and France that has been increasingly seen as a foreign policy tool.

India introduced an amendment in the first Assembly in 2018 and it took one year and eight months to be ratified by 30-member countries. Mooted by Prime Minister Narendra Modi, as many as 84 countries have signed the framework ISA agreement and 63 have ratified it. Co-founder France has termed ISA as a ‘political project’ and it has become India’s calling card on climate change.

Queries emailed to the spokespersons of ISA and India’s ministry of new and renewable energy remained unanswered.

According to initial WSB plans reviewed by Mint, India may become the lead member by taking a 30% stake in WSB, requiring a $3 billion commitment. ISA’ strategic goal includes mobilizing $1 trillion and reducing the cost of finance and technology.

Setting up the WSB may require a total equity capital of $10 billion, a committed capital of $8 billion, and a paid-up capital of $2 billion. This will help in mobilising debt to the tune of around seven times the equity value. The idea being explored by ISA may also involve co-financing solar projects with other multilateral development banks and initially support sovereign guarantee backed solar projects in member countries.