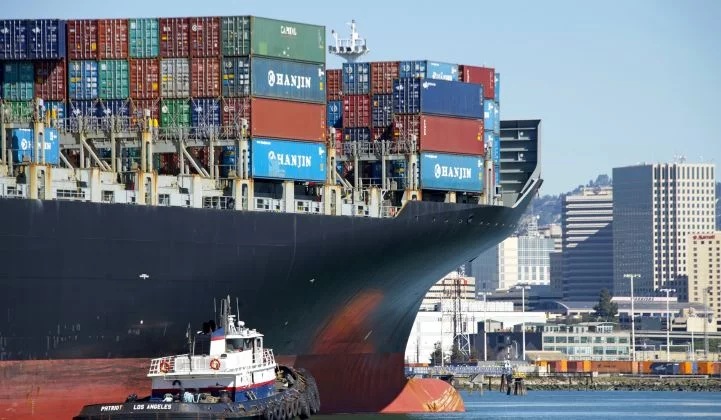 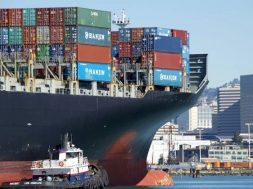 Despite rocky trade relations, California leaders are forging ahead with efforts to collaborate with China on low-carbon energy technologies.

CHENGDU, CHINA: At least a dozen cranes are visible from the Holiday Inn at Tianfu New Area, a state-designated development zone on the outskirts of Chengdu, the capital of Sichuan Province.

The Tianfu New Area is so new, in fact, that the streets and sidewalks below the towering construction equipment are virtually empty.

As Beijing, Shanghai and Shenzhen have established themselves as epicenters for high-tech investment and innovation, the Chinese government has shifted its focus to building out a competitive technology ecosystem in this cloudy inland metropolis.

Chengdu is already home to several large international corporations, including Dell and IBM. The Chinese tech giant Huawei operates a research center in Chengdu and recently rolled out multidimensional 5G network across the city.

Chengdu’s Tianfu New Area was approved in 2014 to serve as a model for sustainable urban development and a hub for strategic new industries. Now, it is where key stakeholders are concentrating efforts to expand their work on the “energy internet,” or the deep integration of energy and information technology, which was identified as a strategic focus area in China’s 13th Five-Year Plan.

In June, a group of prominent companies, government leaders, researchers and startups from both sides of the Pacific gathered at the Tianfu New Area convention center for the first annual Energy Internet Innovation and Entrepreneurship Summit.

“The energy internet has become a very important part of our strategy for power [sector] development: the integration of power architecture to increase the percentage of renewable energy in our energy mix as well as promote the efficient utilization of energy,” Yinong Zhao, deputy director of the Department of Power at China’s National Energy Administration, said in his opening remarks at the summit, communicated via translator.

He added that in today’s globalized energy economy, “strengthening dialogue is the only way to promote a win-win future.”

Despite the ongoing U.S.-China trade war, California policy and business leaders have forged ahead with efforts to collaborate with China on the advancement of low-carbon energy technologies considered both financially lucrative and critical to mitigating the worst impacts of climate change.

U.S.-China relations have been on the rocks for over a year, with both countries imposing tariffs on billions of dollars worth of each other’s goods.

Top U.S. officials held a phone call with China’s lead trade negotiator this week, and both parties said they remain committed to reaching a “phase one” trade agreement. But tensions remain high as past talks have ended in near-collapse.

“Obviously it’s a period of great tension right now between the U.S. and China,” said David Hochschild, chair of the California Energy Commission (CEC), in an interview over breakfast in Chengdu. “That’s why it’s more important than ever that we’re here representing California, because we want a strong relationship and a strong partnership.”

As economic and technology development powerhouses, California and China have a unique opportunity to partner in building a clean energy future at home and abroad, Hochschild said.

“I think the ability to scale and innovate is incredibly strong in China and California,” he said. “I actually think it’s the most important strategic relationship on energy that there is right now.”

Earlier this month, New Energy Nexus hosted a delegation of Chinese energy industry professionals on a tour of the Bay Area’s clean energy sector, building upon relationships established in Chengdu.

“The whole idea is to introduce Chinese clean energy companies to California’s cleantech ecosystem, as we have a…unique one, and to encourage and inspire the same type of ecosystem to grow within China,” said Andrew Chang, director of the New Energy Nexus China program out of Shanghai.

Chang, who is American and previously worked on market expansion for U.S. solar firm Sungevity, noted that California’s approach to public-private partnerships is of particular interest to Chinese stakeholders. Initiatives such as the California Electric Program Investment Charge Program garner attention because they differ from the blanket subsidies provided in China.

Attendees included representatives from GCL-Poly, one of the world’s largest solar photovoltaic enterprises; Chengdu Tecloman Energy Storage Technology Co., a leading supplier of energy storage systems in China; and GoodWe, a global top-10 solar inverter manufacturer, according to Wood Mackenzie. Many Chinese solar firms are keen to grow their U.S. market presence despite barriers from a lingering solar trade war that precedes the larger trade face-off.

Members of the delegation met with several California-based cleantech startups, which Chang said has already led to at least one follow-up.

Other destinations on the tour included the California Air Resources Board, which oversees state programs to reduce pollution and fight climate change; Go-Biz, which serves as California’s primary point of contact for foreign direct investment; and the California-China Climate Institute, a new research partnership between UC Berkeley and Tsinghua University, led by former California Governor Jerry Brown.

“The climate threat doesn’t respect borders, and it doesn’t pause for politics,” Brown said at the launch of the partnership on September 23.

Continuing to foster idea exchange through the university system is especially important as trade policy remains in flux, said Chang. He acknowledged that it is a sensitive time to do business with China, but insisted there are still multiple areas ripe for collaboration, and that universities can serve as the hub for that work.

“Right now our biggest challenge is climate change. So in order to [address] that, we need to team up,” he added. “We’re stronger together and we need to build bridges in order to make that happen.”

California startups meet with State Grid
Twenty-five startups displayed and demonstrated their technologies at the Energy Internet Summit in Chengdu. Ten of the participating companies came from California.

The conference presented a unique opportunity for U.S. startups to connect with Chinese investors and utilities, State Grid and China Southern Power Grid. Four of the California-based startups were invited to an additional meeting with State Grid in Beijing. (State Grid refused an interview request at the Energy Internet Summit.)

Entering China is not an immediate priority for ReJoule, despite the impressive size of tte country’s EV market, she said. California has a strong clean energy technology landscape, which has already enabled the two-year-old battery company to forge relationships with major automakers. Still, ReJoule is “closely monitoring” China’s EV market and policy landscape.

“Ignoring half the market isn’t the best idea, in my opinion,” said Chung.

While there were no immediate follow-ups stemming from the State Grid meeting, Heather Hochrein, CEO of the peer-to-peer electric car charging startup EVmatch, said learning about the rapid expansion of State Grid’s EV charging network and continuing research on vehicle-to-grid technologies was valuable. Observing Beijing’s charging system, and the city’s dedicated network of curbside fast-charging stations for taxis in particular, also proved to be informative.

“I definitely felt like we’re behind and the U.S. has a lot of work to do,” she said. “It seems like there’s a lot to be learned from China.”

Building trust in an age of IP theft
A central question in the evolving relationship between California and China on clean energy solutions is which entity needs the other more. CEC Chair David Hochschild said he sees exchanges “go both ways.”

Tesla, for instance, has successfully set up operations in China as it looks to tap into the country’s massive automotive market. Separately, U.S.-based solar firm SunPower has benefited for years from ties to the state-owned Chinese company Tianjin Zhonghuan Semiconductor. Earlier this month, TZE pledged to invest $300 million into Maxeon Solar Technologies as part of a spinoff of SunPower’s solar manufacturing business.

While these types of relationships are mutually beneficial, Hochschild cautioned that “the stakes are very high” for American companies in the longer term. The U.S. auto industry, for instance, trailed Japan in developing hybrid cars and now risks falling behind China on electric vehicles.

“I sincerely believe, from my experience looking at the technologies that are being developed at the universities, and [that] they have funding for, we need them more,” he said. “It may be shortsighted from a political standpoint not to mention that.”

Finding domestic sources of funding for hardware solutions has been especially difficult. In China, meanwhile, “that’s their competitive advantage,” Eldridge said. “They don’t shy away from hardware.”

But partnering California-based clean energy startups with Chinese investors is a difficult dance. Chinese funders are often surprised to meet American startups with six-person teams and no government backing, and they can sometimes struggle to take such teams seriously. LACI has hosted dozens of Chinese delegations with very few investments or partnerships to follow. At the same time, U.S. startups can be hesitant to engage with Chinese stakeholders.

“The hardest part of those relationships that we’ve seen is truly building a sense of trust,” said Eldridge.

Protecting their intellectual property (IP) is the chief concern for many entrepreneurs. Several of the U.S. startups that attended the Energy Internet Summit in Chengdu said they were concerned about IP theft — an issue at the center of the U.S.-China trade war. At least one American entrepreneur left their laptop at home to avoid the risk of hacking.

According to Chung, IP theft concerns are not country-specific. Her company has a standard policy to protect sensitive aspects of ReJoule’s technology in public settings. IP protection “is always a concern,” she said.

The U.S. government has been much more targeted in its position, citing Chinese IP theft as a critical issue. To address those concerns, the Chinese government announced this week it would increase penalties on entities found violating IP rights in an attempt to advance trade talks with the Trump administration.

Trade tensions loomed over the 2019 China-California Business Forum held over the summer in Los Angeles.

But economics aren’t the state’s only concern. Climate change also poses a serious threat in the form of hotter temperatures, raging wildfires and rising seas, said Kounalakis. That is why California is combating climate change through policy measures and cleantech investments. And it’s another reason why California is looking to enhance its partnership with China.

“As California has charted our ambitious pathway, a strong partnership between California and China has emerged,” said the lieutenant governor. “It is built on a foundation of friendship and a recognition that the earth’s changing climate is a crisis that threatens us all.”

With the COP25 climate talks set to get underway in Madrid next month, all eyes are on China. While the country is investing heavily in the energy internet and a wide array of low-carbon technologies, it is also still adding a significant amount of new coal plant capacity to the grid.

Hochschild noted there’s a purely economic case to be made for supporting clean energy technology development in both the U.S and China, but he added that he’s working to enhance the California-China relationship “for the climate risk.”

“We’re at a crossroads for energy development,” said Wang Guanghui, a representative of the State Grid Energy Research Institute, speaking at the Energy Internet Summit in Chengdu via translator. “But in the old Chinese proverb, we say, ‘As long as we start the journey, we will always find a way to reach the destination.’”