‘Can commit $2 bn in guarantees for India’

‘Can commit $2 bn in guarantees for India’

MIGA’s guarantees can trigger about five times as much in FDI, says its CEO

The Multilateral Investment Guarantee Agency — an arm of the World Bank group — which provides non-commercial guarantees, has supported 110 countries with $19 billion in guarantees across 850 projects. MIGA’s CEO and executive VP, Keiko Honda, explains how foreign direct investment receives a fillip due to the guarantees, and the agency’s plan for India. Sarvesh Suri, director, Operations Group, also joined the conversation:

Why are you planning to enter India to provide guarantees?
Honda: The G20, including India, has strongly encouraged multilateral development banks (MDBs) to help bring in more private investment to developing countries. By doing this, we can increase the money coming to countries — like India — that have strong potential. The ADB or the World Bank Group can be used to even draw private investors to sectors they generally don’t approach, such as basic healthcare and education.

At the same time, the ultimate user is nowadays willing to pay for large infrastructure services such as power, toll roads or other transportation.

With India now having graduated from being low income to a lower middle-income country, this change in behaviour means more opportunities for private companies to finance projects in India.

The Indian government is also smart, and heading in the same direction. The country needs to protect its credit rating and manage its balance sheet, which means municipalities and state governments have to take risk on to their own balance sheets. This is a global trend, and India is probably ahead of others in this regard.

In what sectors is MIGA looking to provide guarantees?
Honda: We provide support in many countries for power generation, including hydro and renewables. We have also provided a lot of support for transportation, including subways, ports, airports and toll roads.

That said, we are flexible, and like to focus on sectors where we can create higher development impact, and support the government’s development strategy. We very much like to work closely with the central and state governments, and have received positive responses from them.

Suri: It would be more in the core infra areas like power, transportation, roads, railway, metro rail.

How much do you plan to provide in guarantees for Indian infrastructure? How will that affect inbound FDI?
Honda: If there is a good opportunity, and we can find the right projects, we are ready to commit $2 billion in guarantees in India. With a multiplier effect, the $2 billion that we provide in coverage can often draw in $10 billion or more in private investment.

What is the feedback from private investors about the investment climate in India?
Honda: The same foreign investors we work with closely in Turkey, Vietnam, Bangladesh, South, Africa, Brazil and Mexico are also willing to come to India. Some of them that are equity investors not only have money, but also expertise in areas like water treatment, building subways and metros and renewable energy.

Private investors we work with are interested in financing projects in India, and are asking us to join them. Our involvement in projects gives them a lot of comfort, and as they get more comfortable with the projects and local context, they may even cancel our guarantees after 3-4 years, which is perfectly fine with us.

Overall, FDI to developing countries has declined every year in the last six years. On the other hand, FDI has been increasing for India.

Suri: We also have what we call MIGA Performance Standards. These are environmental and social standards which help to structure and implement sustainable projects. Our experience is that once we structure projects, taking all the relevant risks into account, the chances of projects getting stuck later are much lower.

We perceive India to be a low-risk country as compared to our overall portfolio. Close to 25% of our portfolio is in sub-Saharan Africa. We operate in far riskier environments, and help reduce the risk perception as well as actual risk for investors in those countries.

MIGA has been criticised by climate activists for promoting fossil fuels. How are you responding?
Honda: Climate finance is one of our top three focus areas. We are targeting that 28% of the annual guarantees we issue by 2020, as compared to 24% now, will be in climate finance. At the same time, 13 billion people in the world do not have access to power.

So, the question is whether renewables are enough to provide access to power to every single person in a stable way. We have to come up with an optimal solution for this challenge.

88
previous Rebuilding Puerto Rico’s Grid With Batteries and Solar Would Be the Cheapest Option
next 65.75 MW Power Generated in the country from the Municipal Solid Waste (MSW): Shri R.K. Singh 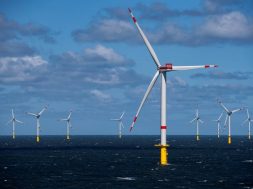