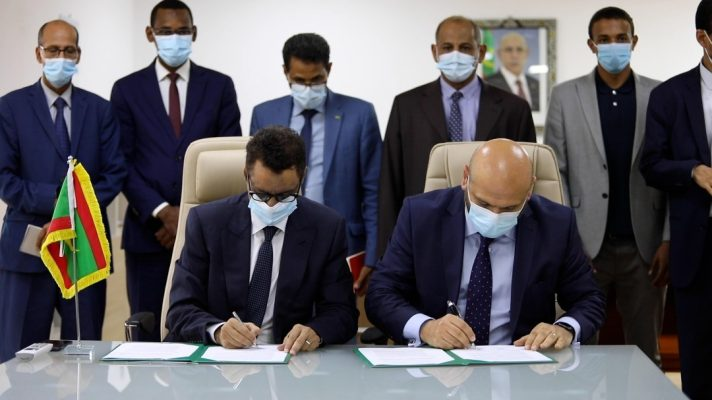 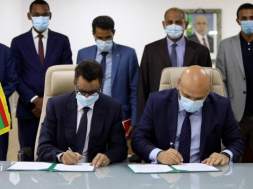 Paris/London :  “The Consortium” composed of Chariot Limited (AIM: CHAR), the Africa focused transitional energy company and Total Eren, a leading renewable energy Independent Power Producer (IPP) based in Paris, is pleased to announce that it will launch feasibility studies in order to co-develop the “Nour Project”, a large-scale green hydrogen project to be located in Mauritania.

Key features of the Partnership:

• Equally owned (50%/50%) partnership between Chariot and Total Eren;
• The Consortium will benefit from the dedicated expertise of Total Eren’s teams, holding a wide range of experience and knowledge in solar, wind, hybrid and green hydrogen projects globally;
• Chariot will co-lead on project development and permitting, local content, and stakeholder engagement;
• The Consortium will seek to progress on the in-depth feasibility study and offtake for the green hydrogen; and
• Chariot and Total Eren may evaluate further green hydrogen opportunities together in other African countries.

Thanks to its unique solar and wind resources, Mauritania has proved to be exceptionally well-placed to implement Power-to-X solutions, providing Nour Project the possibility to produce among the most competitive green hydrogen in the world. With a potential reaching up to 10 GW of electrolysis to be installed, it could become, once fully implemented, one of the most significant green hydrogen projects in Africa.

Through the Nour Project, the Consortium will contribute to a sustainable economic development in Mauritania, including potentially providing baseload power to the national grid, diversifying industrial activities, promoting job creation and developing local infrastructure. It will also be providing a costeffective, transportable energy solution to replace CO2 emitting fuels for exportation to the European market.

Fabienne Demol, Executive Vice-President & Global Head of Business Development of Total Eren, stated: “We believe that green hydrogen is going to be an essential part of the energy mix in the future, and we are delighted to enter into this new partnership on a continent where our strategic shareholder, TotalEnergies, holds a strong footprint. Our skillsets complement Chariot’s well and we intend to share our expertise throughout the project’s development. I also would like to take the opportunity to thank the Mauritanian authorities for their support and collaboration. We look forward to taking the next steps on the Project together with Chariot.”

Adonis Pouroulis, Chariot’s CEO added: “We are delighted to have further cemented our partnership with Total Eren, a world-class leader in renewable energies. We look forward to working together on this highly important green hydrogen development in Mauritania. Having a partner of such calibre, who shares our vision and focus for the future, is a key part of developing this valuable asset and marks an important step forward in Project Nour’s evolution. We are keen to continue to expand our green hydrogen project portfolio and, as with our renewables business, we look forward to collaborating on further opportunities alongside Total Eren in the future.”

This announcement contains inside information for the purposes of Article 7 of EU Regulation 596/2014, as retained in the UK pursuant to S3 of the European Union (Withdrawal) Act 2018.

Founded in 2012 by Pâris Mouratoglou and David Corchia, Total Eren develops, finances, builds and operates renewable energy power plants (solar, wind, hydro) representing a gross capacity of 3,500 MW in operation worldwide. Through partnerships with local developers, Total Eren is currently developing numerous energy projects in countries and regions where renewable energy represents an economically viable response to growing energy demand such as in Europe, in Central and South Asia, in Asia Pacific, in Latin America and in Africa. Since December 2017, TotalEnergies, the major energy company, has been participating as a shareholder of Total Eren.