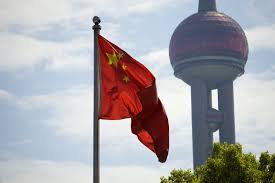 The People’s Bank of China plans to remove “clean utilization of fossil fuel” projects from the list of programs that can be funded by green bonds, according to a draft plan released Friday. The bank has drawn the ire of environmentalists for allowing the sustainable financing tools to fund projects that burn coal but use enhanced technologies to reduce air pollution.

The draft plan could make it easier for foreign investors to tap into the world’s largest renewable energy market. The new catalog of projects will meet the “international relevant standards,” according to the central bank. Only $31.2 billion worth of green bonds in the total $42.8 billion issued in China in 2018 met global criteria, according to a report by the Climate Bonds Initiative.

“The new catalog would make investing in China’s green bond market a lot easier for international investors,” said Wenhong Xie, China program manager at the initiative. “In the past, a sizable portion of green bonds from China were considered uninvestable due to a small fraction of coal assets in an otherwise green bond.”

Unifying the policy within the country’s various regulators is a “hugely significant step that will be welcomed by international investors,” said Sean Kidney, chief executive officer of CBI. The removal of fossil fuels brings China into closer alignment with international practices, he said.

China is the world’s largest emitter of greenhouse gas and mines and consumes about half of the world’s coal. Although it’s investing in renewable and nuclear energy to reduce coal’s share in the energy mix, consumption of the dirtiest fossil fuel remains near record levels. The country this year already approved building more new coal plants than it did in all of 2019.

It’s also the largest investor in renewable energy, having poured more than $750 billion into clean energy projects from 2010 through the first half of 2019, according to BloombergNEF.

“This new initiative allocates money to the right projects and will have a huge impact in the global fight against climate change,” said Liu Junyan, a Beijing-based senior climate and energy campaigner with Greenpeace East Asia.

What’s been cut from the previous catalog: