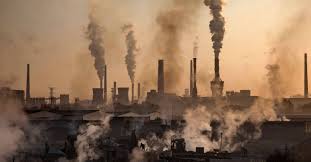 China’s new climate pledge could cut emissions everywhere else too 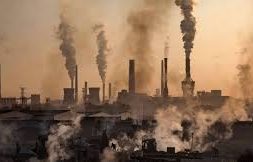 China’s new climate pledge could cut emissions everywhere else too

Xi Jinping has announced the country’s goal of going carbon neutral by 2060, but China’s manufacturing heft will mean other nations will reap benefits too

In a pretty momentous – and broadly unanticipated – moment last month, China declared its plans to reach net zero CO2 emissions by 2060. This is a big deal, and not just for China’s own emissions. It also has massive implications for how the rest of the world is going to decarbonise.

Let’s start with the new pledge itself. China said it now wants to hit peak CO2 emissions“before 2030”, and reach carbon neutrality by 2060. It had previously aimed to reach peak emissions “around 2030”; the 2060 goal is completely new.

The announcement was lauded as major news, coming as it does from a country which emits over a quarter of the world’s CO2. “I think it’s probably the most significant single development we’ve had since the Paris Agreement itself,” says Richard Black, director of the Energy & Climate Intelligence Unit (ECIU). Meeting it would lower worldwide warming projections by around 0.2-0.3C, according to analysts Climate Action Tracker. Considering the world has already reached around 1C warming and countries have pledged to ideally limit warming to 1.5C, that’s a huge amount.

But China’s ambitious pledge should also have a big impact beyond its borders. It will likely lead emissions to fall in other countries – even if these countries do not implement new climate policies themselves, according to a modelling study from Cambridge Econometrics. This is because of the so-called “spillover effect”. China is the world’s factory, it’s the largest investor in both coal and solar power, and it’s the second largest economy, so any changes in its technology will have global repercussions. In particular, it is China’s ability to develop and cut the prices of clean technologies that could help other countries to cut their own emissions.

China’s huge volumes of production simply help to make clean technologies more available everywhere, says Yu Zhou, an expert in Chinese green technology from Vassar College in New York. “Its economy of scale will make it more possible for other countries to adopt [these] technologies.”

China is also often able to leapfrog straight into low carbon technologies, making them in turn cheaper for everyone, Zhou adds. Take electric cars. Driving is still fairly new for most people in China but, encouraged by state support, the country now has more than half the world’s electric vehicles. The focus has given China a way to compete with more traditional car manufacturers outside the country, allowing it to export while building its domestic market.

t’s a similar story for solar panels. Between 2008 and 2013, China’s mass expansion of solar PV manufacturing, supported by billions in government tax breaks and incentives, led world prices to drop by 80 per cent. China remains the world’s largest manufacturer, and installer, of solar panels.

Soon after China announced its pledge, one of the country’s top climate institutions laid out a plan for how it could get there. It includes a 96 per cent drop in coal energy between 2025 and 2060, a 346 per cent increase in wind power and 587 per cent increase in solar (nuclear power also features strongly in the mix). These kind of numbers show China will need to continue to ramp up its renewables, leading to the associated cost reductions around the world.

But China also has plenty of high carbon sectors, and the opportunity for new technologies here could perhaps have an even bigger impact. Industry is one of these – think low-carbon steel, aluminium and concrete. Europe is already working on these, but China going seriously for them would be “a real game changer,” says Black. “You would have the country that dominates the global industry moving towards zero carbon means of manufacture.”

A more climate friendly China would also mean reduced embedded emissions in the products it makes and exports to other countries, in turn reducing the intensity of consumption in places like the UK. In fact, some argue one reason China chose to announce its pledge now is to protect itself from carbon border taxes being discussed in the EU and US – effectively an import tax for carbon-intensive industries like steel to shield local companies against cheaper imports from countries with weaker climate policies.

Of course, a higher focus on emissions in China does also raise the game diplomatically for other countries. The UN climate conference originally scheduled for this year in Glasgow and now delayed to 2021 is going to be a big one. Ever since the Paris Agreement was struck in 2015, these talks were geared up to be the year of raising ambition, as part of the agreed “ratchet mechanism” to tighten up national climate pledges over time.

China has yet to submit its updated pledge, or its long term climate plan, to the UN. But it has now sent a strong signal to the rest of the world that it is shifting on climate change. “I think developing countries in particular that are looking at increasing trade with China in the future, this would really help persuade them that actually setting a 2050-2060 net zero target is feasible for them,” says Black. “And probably economically desirable as well.”

In addition, it’s notable that China’s pledge last month came just a week after a meeting with European leaders on climate. A Chinese carbon neutral by 2060 goal was one of the three specific asks from the EU. Black says we could be seeing signs of a new China-EU “axis” on climate, akin to the China-US axis which got the Paris Agreement over the line. If a Biden victory leads the US to change course on climate later this year, this axis could be expanded, he adds. “If you’ve got the EU and China and the US all setting course for net zero, then that’s a very, very serious moment.”

The new pledge also negates one much-used excuse for inaction in the US, says Christine Shearer, an expert in climate change and coal at Global Energy Monitor. “You know, ‘if China is able to put up a carbon neutrality target, why can’t we?’. If we end up with Biden, I think that could be a pressure point. I do think it matters, I think it can be used as leverage.”

There remain, of course, a tonne of caveats to China’s pledge. Announcing it, Xi Jinping talked only about CO2, but not the other major greenhouse gases, such as methane. These emissions alone would put China in the world’s top five emitters. Studies have also shown that China was already in line to peak well ahead of 2030. “I do think pledging to peak emission sometime before 2030 definitely lacks ambition, and is not in keeping with what is needed for “well below 2C”, says Shearer.

China is also the biggest global financier of coal power. A report last year found a quarter of all coal-fired capacity under development outside of China was still being funded by it, in countries such as Bangladesh, Vietnam and South Africa. This is on top of the hundreds of new coal plants being planned inside China, despite huge overcapacity in the sector.

Many have also raised concerns about the Belt and Road initiative – China’s enormous overseas infrastructure strategy – due to its huge investments in fossil fuels. Researchers have warned these investments alone could threaten the Paris Agreement goals. On the positive side, with renewable power increasingly beating even the cheapest coal plants on price, these fossil fuel-intensive investments could soon dry up of their own accord.

Xi was also extremely short on details. After the scramble to understand what on earth the pledge means for the climate, analysts are now waiting for more details on specifics. Hopefully these will come in China’s updated NDC well before the Glasgow climate conference in November 2021, and in China’s upcoming 14th Five Year Plan.

So yes, we need to be cautious about celebrating China’s announcement too hard. But it’s also incredibly momentous that the world’s top emitter has now made a net zero pledge. Especially because, as many have noted, China has a track record of overfulfiling on its goals.