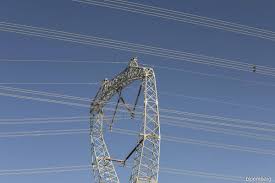 China’s state-controlled power network operator the State Grid has released a plan to achieve peak emissions and carbon neutrality, in line with the government’s net-zero pledge.

State Grid has set a target for “clean” electricity to account for 50pc of its total transmitted volumes by 2025 as part of an expansion of its total grid, it said, without giving more details. The company highlighted the development of solar, wind, hydropower and nuclear, predicting that solar and wind power installation would hit 1,000GW and hydropower and nuclear capacity would reach 280GW and 80GW respectively in the regions it covers by 2030.

Electricity is likely to account for 30pc of China’s total energy consumption by 2025, rising to 35pc by 2030, State Grid said. It plans to help convert more consumers to electricity while supporting an increase in renewable power on its grid as a way to cut emissions. State Grid operates electricity transmission networks covering 26 of China’s provinces.

Energy from non-fossil fuel sources is likely to account for around 20pc of China’s primary energy mix by 2025 and 25pc by 2030, the company said – exactly in line with government targets for its energy transition.

China had 2,200GW of power capacity that used non-fossil fuel sources as of 2020, or 43.4pc of the total, including a combined 535GW of wind and solar capacity. It is aiming for total wind and solar installed power generation capacity to exceed 1,200GW by 2030.

Several other state-owned companies in China’s power sector have also set targets to increase the amount of capacity based on non-fossil fuels during the country’s 14th five-year-period from 2021-25.

Utility Huaneng is aiming to add more than 80GW of renewable capacity, to raise the share of renewables to over 50pc of its targeted installed capacity of 300GW by 2025.

State Power Investment (Spic), which currently has the most renewable capacity in China, is aiming to increase the share of installed capacity based on non-fossil fuels to 60pc of its targeted 220GW capacity by 2025, from 53pc as of October 2020.

Major power generator China Energy Investment is aiming to add 70-80GW of renewable capacity in 2021-25, while utility Datang has a target to raise the share of non-fossil capacity to over 50pc in the same period, from 38.2pc of its 158.6GW of capacity at the end of last year.