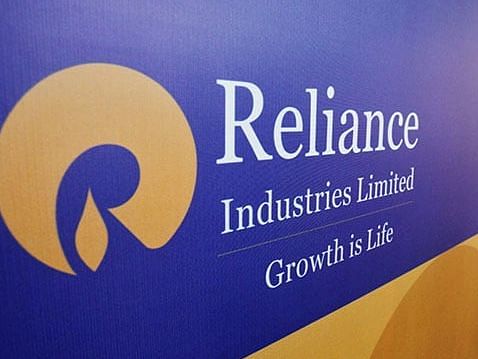 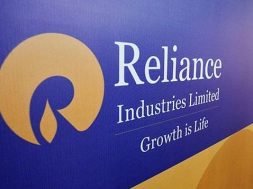 HSBC said RIL should benefit from the Performance Linked Incentive (PLI) schemes that the government is rolling out for PV manufacturing and advanced energy storage plants.

Reliance Industries Ltd’s focus on the next hypergrowth opportunities in clean tech and its path to decarbonisation has the potential to spur re-rating, raises clarity on investment cycles and reduces investor worry, brokerages said.

RIL Chairman Mukesh Ambani at the company’s ‘Green AGM’ on Thursday committed Rs 75,000 crore over the next three years to set up an integrated Green Energy Giga Complex across 5,000 acres in Jamnagar, Gujarat which will contain four giga factories.

The complex, which would be one of the world’s largest renewable manufacturing facilities, would have an integrated solar photovoltaic module factory, an energy storage battery factory, electrolyser manufacturing for hydrogen production, and manufacturing of fuel cells so that hydrogen can be used in transportation.

Apart from the four gigafactories, RIL would invest in carbon fibre manufacturing, green fertilisers and green chemicals to support the hydrogen and solar ecosystem.

“The plan is essential in our view given that a significant portion of its conventional energy assets will approach end of life over the next two decades. The energy transition will allow RIL to participate in India’s energy consumption growth story over a longer horizon,” it said.

“RIL’s AGM focused on the next hypergrowth opportunity in cleantech and its path to decarbonisation. The ‘mega’ plan is unique in a global context in multiple ways, has potential to spur re-rating, raises clarity on the investment cycle, and reduces investor worry about holdco discount,” Morgan Stanley said.

“The single location energy complex will be key to this plan and supports hyper-integration of the supply chain, utilities, and end energy use. “The plan also helps diversify the revenue stream from India-centric consumer and chemicals businesses to international opportunities, via exports of hardware for energy transition as well as hydrogen,” it said.

Kotak Securities said RIL’s plans for the new energy and new materials business may be initially focused on integrated manufacturing of solar photovoltaic modules, while the investments in other parts of the value chain may likely be back-ended.

The company may benefit from the recent policy initiatives by the government to encourage domestic manufacturing of solar equipment, which is otherwise imported in large proportion currently.

These initiatives include customs duty of 25 per cent and 40 per cent on imports of solar PV cells and solar PV modules to be imposed from April 1, 2022, Rs 4,500 crore of payments under production-linked incentive scheme for National Programme on High-Efficiency Solar PV Modules and access of cheap electricity, term loans and working capital financing.

“These incentives will meaningfully improve the economics for domestic players, who currently grapple with 10 per cent higher operating costs and sub-scale inefficient capacity compared to the Chinese counterparts,” it said.

Citi said the announcements on clean energy are prima facie promising and should help pivot the company towards a low carbon future, though details are limited and paybacks uncertain.

BofA said while a good decision from a long-term perspective, the capex investments, coupled with investment in 5G, will likely push RIL away from its recently achieved zero net-debt position to slight debt position.

HSBC said RIL should benefit from the Performance Linked Incentive (PLI) schemes that the government is rolling out for PV manufacturing and advanced energy storage plants.

The government has already come up with a PLI scheme for advanced chemistry cell battery manufacturing (Rs 18,000 crore) for setting up 50GWH capacity in the country for EV and grid storage usages. Any player can bid for 5GWH to 20GWH capacity in this scheme.

Also, a PLI scheme for solar modules manufacturing (Rs 4500 crore) for 10GW capacity has been announced. Players have to bid for at least 1GW capacity.

Stating that in the run-up to the AGM, the market had expected more details on the Jio phone launch and progress on the Aramco deal, HSBC said Ambani did talk about the Jio phone being “ultra-affordable” but did not give out pricing and specifications.

Goldman Sachs said the company’s comments make it believe that competition in India’s internet space, especially e-commerce, will increase in the short-to-medium term.

Comments around JioMart suggest strong traction and increases the confidence of the firm reaching a turnover of USD 19 billion, or 50 per cent share of online grocery, by FY25.

Credit Suisse said the total addressable market (TAM) for Jio’s smartphone would be 150 million of the 400 million current feature users (including JioPhones).