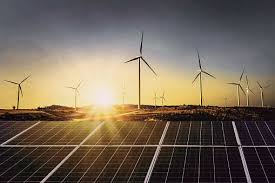 Coalition to divert renewable energy funding away from wind and solar

Coalition to divert renewable energy funding away from wind and solar

Scott Morrison says solar and wind are commercially viable and do not need subsidies from the $1.43bn funding

The Morrison government will continue to fund Australia’s renewable energy agency to the tune of $1.43bn over a decade but overhaul its mandate so there will be less investment in solar and wind, and more focus on investment in hydrogen, carbon capture and storage, microgrids and energy efficiency.

The baseline funding for the Australian Renewable Energy Agency (Arena) will be supplemented by a transfer of funds from the government’s emissions reduction fund and a new grants program worth $193.4m – but that represents a funding cut to the agency which was established by the Gillard government in 2011.

The significant overhaul will be unveiled by Scott Morrison on Thursday ahead of the government outlining its next steps in the technology roadmap, which is the government’s emissions reduction strategy. The energy minister, Angus Taylor, is expected to unveil the government’s inaugural low emissions technology statement during a speech at the National Press Club early next week.

As part of executing a fundamental shift in Arena’s mandate – a pivot that will not be welcomed by environmentalists – the government plans to allocate $95.4m for a technology co-investment fund that was recommended during the King review of the Coalition’s heavily criticised climate policy mechanisms.

The government will also continue to plough more taxpayer funds into carbon capture and storage through a $50m fund, while $70.2m will be allocated for an export hydrogen hub.

Despite a fierce political assault on a Labor policy at the 2019 federal election designed to drive the take-up of electric vehicles – a package of measures that were characterised by the Coalition as a “war on the weekend” – Arena will be given $74.5m fund to support, as the government puts it, “businesses and regional communities [to] take advantage of opportunities offered by hydrogen, electric, and bio-fuelled vehicles”.

There will also be $67m for microgrid initiatives in regional and remote communities, and $52.2m for an energy efficiency program for homes and hotels.

The Coalition’s planned overhaul will require parliamentary support. Labor has recently rebuffed a complementary effort by the government to explicitly open up the taxpayer-owned green bank, the Clean Energy Finance Corporation, to fossil fuel investments.

In a statement issued ahead of Thursday’s announcement, the prime minister said many renewable energy technologies were now mature. “Solar panels and wind farms are now clearly commercially viable and have graduated from the need for government subsidies and the market has stepped up to invest,” Morrison said.

“The government will now focus its efforts on the next challenge: unlocking new technologies across the economy to help drive down costs, create jobs, improve reliability and reduce emissions.”

Morrison said the objective was to provide support for “traditional” industries, which he identified as manufacturing, agriculture, transport, “while positioning our economy for the future”.

He said investments bringing new technology into play would create jobs as well as cut emissions.

The overhaul of Arena follows the government outlining first steps in its much vaunted “gas-led recovery” from the economic shock caused by the coronavirus. Morrison on Tuesday pointed to new commitments in the October budget, including funding of $52.9m to unlock more gas supply and boost transport infrastructure.

As well as flagging that the government would back the construction of a new gas-fired power station in the Hunter Valley if the energy company AGL failed to replace Liddell, Morrison held open the option of taxpayer underwriting for priority gas projects, streamlining approvals or creating special purpose vehicles for new investment.

While Morrison and Taylor have been muscling up about the importance of new generation to replace Liddell, the government’s proposition has not been backed by a taskforce report commissioned to assess the impact of its closure.

Morrison said this week the government had estimated 1,000 megawatts of new dispatchable electricity generation capacity would be needed to replace Liddell, which owner AGL has announced will close in early 2023.

But the taskforce does not find that 1,000MW of additional dispatchable electricity would be needed. It listed a range of energy committed and probable projects that it found would be “more than sufficient” to maintain a high level of power grid reliability as Liddell shut.

50 days to save the Earth …
… we’re all in. Are you? On November 4, a day after the presidential election, the US will formally withdraw from the Paris agreement on constraining global heating. It’s urgent that we tell the world what this means, and the Guardian is pulling out all the stops to do so. Will you help us by supporting our journalism?

Millions are flocking to the Guardian every day. Financial support from our readers is crucial in enabling us to produce open, fearless, independent reporting that addresses the climate emergency. It helps sustain the freedom we have to present the facts comprehensively, explain the details as they unfold, and interrogate the decisions made.

The Guardian recognises the climate emergency as the defining issue of our times. That’s why we have pledged to give climate change, wildlife extinction and pollution the sustained attention and prominence they demand, as a core part of our journalism.

At this pivotal moment for our planet, our independence enables us to always inform readers about threats, consequences and solutions based on scientific fact, not political prejudice or business interests. This makes us different. And we are equally determined to practice what we preach: we have divested from the oil and gas sectors, renounced fossil fuel advertising and committed to achieving carbon neutrality by 2030.

We believe everyone deserves access to information that is fact-checked, and analysis that has authority and integrity. That’s why, unlike many others, we made a choice: to keep Guardian reporting open for all, regardless of where they live or what they can afford to pay. Our work would not be possible without our readers, who now support our work from 180 countries around the world.