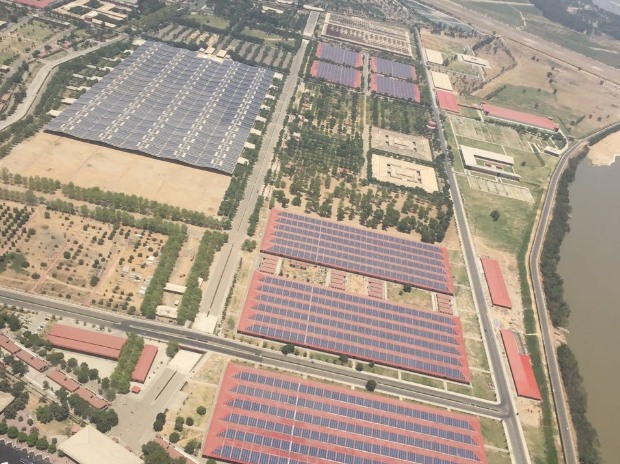 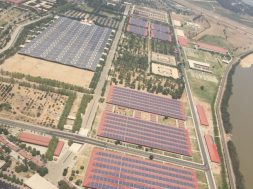 Greater use of solar energy will help the nation achieve a cleaner and more sustainable future, says Tan Congyi.

Advancements in solar energy technologies and declining prices promise to unleash the power of the sun for a country with growing energy needs.

Many countries, including Singapore, have risen to the existential challenge of climate change and have committed to stabilise, or even reduce their carbon emissions.

By 2050, this small country aspires to halve emissions from its peak, with a longer-term view to achieve net-zero emissions as soon as viable in the second half of the century.

Tapping on clean energy can help to move the needle, especially since electric power generation accounts for 39 per cent of Singapore’s emissions.

Last year, an ambitious goal was unveiled for Singapore to install at least 2 gigawatt-peak (GWp) of solar photovoltaic (PV) power by 2030 – more than six times the currently installed capacity.

In an accelerated deployment scenario, the Solar Energy Research Institute of Singapore (SERIS) expects solar power to contribute 28 per cent of Singapore’s peak power demand during mid-day by 2030, and 43 per cent by 2050.

Today, most of the solar PV panels in Singapore are on rooftops and are largely out-of-sight. That could change going forward as scientists and engineers explore more innovative deployment options to make the best use of Singapore’s limited space.

EXPECT SOLAR PANELS TO BE MORE VISIBLE IN THE URBAN ENVIRONMENT

In the future, we can expect solar power to become more visible in the public eye.

For one, harnessing vertical spaces for solar PV installations will become increasingly important as buildings stretch ever skywards in Singapore.

Engineers have found a way to supplement conventional façades with ones that can generate electricity. For instance, the new PSA terminal at Tuas features building-integrated photovoltaics – vertically-mounted solar PV panels that form the building’s facade cladding.

In the future, we can also expect individual solar PV panels to better mimic the appearance of conventional building materials like glass, brick, or concrete, and generate power at the same time.

To overcome space constraints, developers in Singapore are deploying solar PV panels over water bodies. Over the next few months, avid joggers will see floating PV systems progressively being rolled out at Bedok and Lower Seletar Reservoirs.

Next year, a large 60 megawatt-peak (MWp) floating solar PV system will also be completed at Tengeh Reservoir. This vast system is forty times bigger than those deployed at Bedok and Lower Seletar Reservoirs.

Motorists driving into Singapore from Malaysia across the Second Link Bridge might be able to catch a glimpse of it as they exit the Tuas Checkpoint.

Future floating solar PV power plants will generate clean electricity and could also be combined with other industrial uses such as fish farming, desalination or “green” hydrogen generation.

Solar PV technologies are incredibly versatile and can be integrated in many ways into the urban environment. Lightweight solar PV panels can be readily installed on pedestrian linkways and bus shelters to generate electricity from otherwise passive surfaces.

Solar PV panels can also be configured as noise barriers that help alleviate noise pollution emanating from motorways and MRT traffic, while generating clean electricity. These solar noise barriers have proven to be useful in many places and are currently being tested in Singapore. If successful, commuters could soon see them on their way to work.

Movable solar PV systems can be deployed in pockets of temporarily vacant spaces to better their use. Indeed, there are projects that aim to do just that.

Under a JTC programme, a semi-mobile PV system has been deployed on Jurong Island, and another will soon be constructed at Changi Business Park. These generate clean solar electricity, which is then made available to consumers.

When the land is needed by the authorities for development, the solar PV panels and supporting equipment can be quickly packed up and relocated.

As the cost of solar electricity continues its downward trend, solar PV has become an increasingly attractive form of energy generation technology.

However, solar PV alone cannot power Singapore. Solar PV panels cannot generate electricity at night, and the availability of sunlight during the day also fluctuates due to frequent changes in cloud cover.

For Singapore to accommodate a large share of solar power in the coming decades, its variability will be one key challenge to overcome.

When solar generation dips, other parts of the power grid must compensate to ensure that the supply of electricity remains stable.

A resilient electricity grid, in which solar power plays a greater role, will require providers to build new capabilities to ensure a stable supply of energy, including solar power forecasting, and energy storage systems.

Ultimately, sustainability is the key consideration that guides Singapore’s drive towards greater adoption of solar energy. Hence, the deployment of solar power will not happen at the expense of greenery, green spaces and Singapore’s biodiversity. Where possible, future solar PV installations will be co-located with greenery to the benefit of both.

There will also be an emphasis on ensuring that solar PV panels and ancillary components are of high quality, and will be properly recycled once they reach their technical end-of-life.

Similarly, it is also paramount to manage the inherent power degradation of solar PV panels caused by the high ultraviolet index and humidity of Singapore’s tropical climate. If not, systems may fail prematurely and subsequently be discarded.

Ideally, we would set up a circular economy around the use of solar energy to minimise waste and the unnecessary use of new resources.

A MASTERPLAN FOR A SOLAR FUTURE

There are long-term plans ahead that will see solar energy play a bigger role for this small country.

For one, solar energy forms one of the announced “four switches” that will transform Singapore’s energy supply over the next 50 years. It will be instrumental in helping the country meet its commitments under the United Nations Framework Convention on Climate Change.

A growing number of companies in Singapore – from multinational firms like Google to home-grown ones like DBS – have committed to using 100 per cent renewable energy to power their operations. We have to build enough solar capacity to satiate this demand.

The growth of Singapore’s solar energy industry will demand a new generation of professional workers with a diverse set of skills.

We can expect new high value-added jobs in research, manufacturing, engineering and construction that support the solar energy industry and related functions in the power sector, which should be good news for our post-COVID economy.

Tan Congyi is the Head of the Urban Solar Group at the Solar Energy Research Institute of Singapore (SERIS) at the National University of Singapore (NUS).

0
previous Hecate Energy Completes Sale of 514 MW of Solar Power to Tokyo Gas America
next LONGi will give priority to strategic customers rather than make quick profits when supply is tight: Dennis She, SVP, LONGi Solar