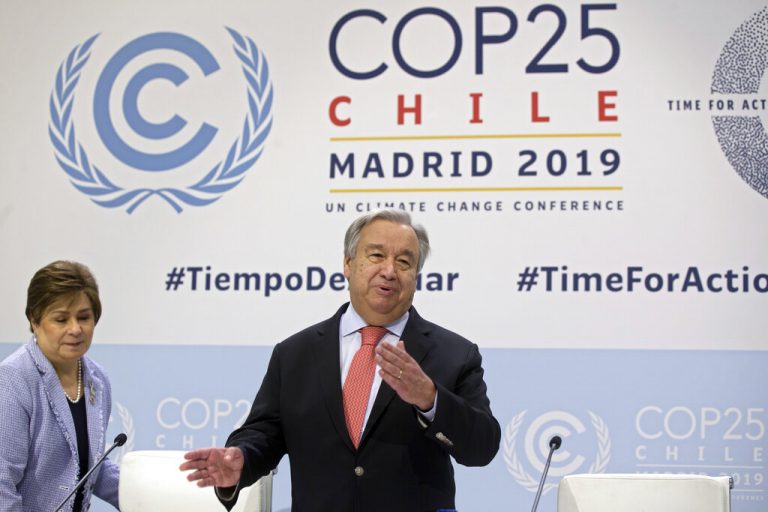 COP25: How India is taking the lead in efforts to reverse climate change impact 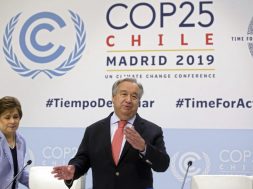 COP25: How India is taking the lead in efforts to reverse climate change impact

For the first time, India is among the top 10 countries working diligently on the climate protection mission. According to the Climate Change Performance Index (CCPI) presented on December 10 at the COP25 climate summit, only two G20 countries, the UK and India, are ranked in the ‘high’ category. India is at the 9th spot.

The 25th Conference of Parties (COP) to the United Nations Framework Convention on Climate Change that took place in Madrid, Spain concluded on December 13. India, in the 12-day caucus, called out developed countries which failed to meet the Kyoto Protocol targets and pointed out that the annexed countries have shown least willingness to meet their Nationally Determined Contributions (NDCs) announced in Paris. The Paris Agreement aids countries to keep the average global temperature rise to below 2°C and encourages them to limit it to 1.5°C. This is done extensively through Nationally Determined Contributions or NDCs. Environment Minister Prakash Javadekar, while addressing the high-level meet in COP25, said, “Only 6 countries are on track to meet their NDCs announced in Paris. We are leading the pack. A sustainable lifestyle is a part of the ethos of India.”

COP25 was an important affair as it marked the transition of countries from the Kyoto Protocol to the Paris Agreement. India being the world’s fourth-largest emitter of GHG, after China, the US and the EU28, has successfully reduced the emissions intensity by 21 percent of GDP and is on track to achieve the goal of 35 percent emissions reduction as promised in Paris.

India has recently faced climatic wrath. The Global Climate Risk 2020 report, released by non-profit Germanwatch on December 4, 2019, in Madrid identifies India among the worst affected by extreme weather events including floods in Kerala, tropical cyclones like Gaja and Titli, as well as a prolonged heatwave in 2018, causing around 2,081 deaths. It also underlines that India ranks second concerning the ‘economic loss’ due to weather and third in terms of both, human fatalities and economic losses when considered for a two-decade period. The World Bank report released in 2018 too had revealed that overall climate change in India would push GDP down by 2.8 percent. This drop in GDP would cost India $1.1 trillion by 2050.

To subdue the environmental asperity and lower the impacts of climate change, in 2015, Prime Minister Narendra Modi had set a goal to install 175 GW of renewable energy capacity by 2022, which he further scaled up to 450 GW at the Climate Action Summit convened recently by the United Nations Secretary-General. India also aims for 40 percent of its installed electricity capacity to be renewable or nuclear by 2030, with an interim target of 175 GW of non-hydro renewables by 2022. Between April 2017 and March 2018, the sun-rich country has already added around 11.8 percent GW of renewable energy capacity and has been leading the world in its pursuit of enhanced solar energy capacity through International Solar Alliance (ISA) with a target of 20-100 GW by 2022.

A report by Nasa shows that the amount of the Earth’s surface covered by green vegetation has expanded over the past two decades with India being one of the main contributors. The data released by the MODIS, the Nasa instrument says the greening of India is mostly from croplands, that is, 82 percent. On the same note, Prakash Javadekar does mention that “India has promised the creation of additional carbon sinks of 2.5 to 3 billion tonnes of carbon equivalent through increasing green cover. In the last five years, our green cover has increased by 15,000 sqkm.” Though India is in full swing to meet the 2030 target and reverse the impacts of climate change, it may fall short of the interim target by as much as 42 percent, warns a 2019 report by CRISIL, a Mumbai-based global analytics firm.

Meeting the targets committed in the Paris Agreement is imperative for India. Conferences on climate and environment have been in existence since decades, but the modern civilisation — an impudent child, has been getting fierce feedback from the mother, nature. On December 2, while addressing the conference, UN Secretary-General António Guterres rightly enunciated, “the human species has been at war with the planet, now the planet is fighting back.”