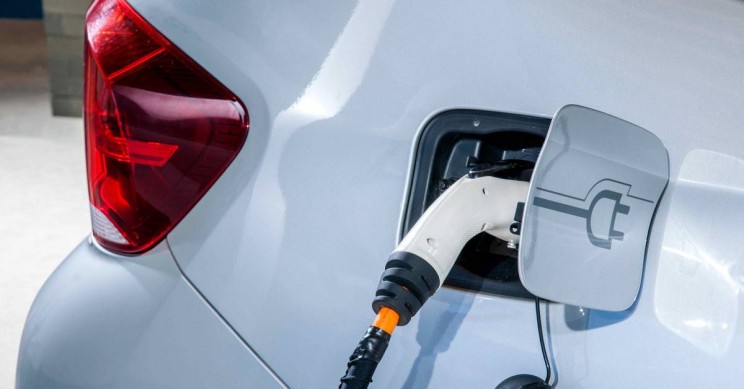 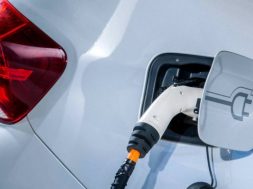 Ultracapacitors have been making the news of late but could they viably replace batteries in the EVs of the future?

Ultracapacitors are awesome. But could they viably replace batteries in future electric vehicles?

Whilst they have significant advantages over batteries, after all, they are much lighter, faster to charge, safer and non-toxic, there are some areas batteries wipe the floor with them. At least for now.

With recent acquisitions of ultracapacitor manufacturers by the likes of Tesla, ultracapacitor could be on the verge of ousting batteries as the go-to power source for electric cars.

What is an ultracapacitor?
Ultracapacitors, also called supercapacitors or electrochemical capacitors, are a kind of energy storage system that has been gaining popularity in recent years. They can be thought of as akin to a cross between an ordinary capacitor and a battery, but different from both.

Ultracapacitors also have a dielectric separator dividing the electrolyte – just like a capacitor. This internal cell structure allows ultracapacitors to have a very high energy storage density, especially when compared to a normal capacitor.

When compared to batteries, ultracapacitors do store less energy than a similarly sized battery. But, they are able to release it much more rapidly as the discharge is not dependent on a chemical reaction taking place.

Another great benefit of them is that they can be charged many times over with little or degradation (in excess of 1 million charge/discharge cycles is not uncommon). This is because no physical or chemical changes occur when a charge is stored within them.

Supercapacitors are used in applications requiring many rapid charge/discharge cycles rather than long term compact energy storage. Also, they are used in car booster packs and power banks.

Can ultracapacitors replace batteries?
The answer to this question depends very much on the desired application in question. Both offer advantages and disadvantages over the other. As previously mentioned, batteries have a much higher energy density than ultracapacitors.

This means that they are more suitable for higher energy density applications and can allow for a device to run for longer. Ultracapacitors have a much higher power density than batteries.  This makes them ideal for high-drain applications like powering an accelerating car.

Ultracapacitors have a much longer lifetime than batteries. A regular battery can handle around 2000-3000 charge and discharge cycles whilst ultracapacitors can usually sustain more than 1,000,000.

Ultracapacitors are much safer and considerably less toxic. They contain no harmful chemicals or heavy metals and are highly unlikely to explode as batteries can.

Ultracapacitors have a much greater operating range when compared to batteries. They beat batteries hands down in this area and can operate within ranges of between -40 and +65 degrees Celsius.

Ultracapacitors are able to be charged and discharged much more rapidly than batteries, usually within seconds. Batteries, on the other hand, charge a lot more slowly (depending on size and type of course).

Ultracapacitors are also much more efficient at self-discharge than batteries.

Many ultracapacitors also have a much longer shelf life when compared to batteries. Some, like SkelCap cells, are able to be stored for as much as 15 years at a time with little to no decline in capacity.

Like with any technology, the main drive for their application is their cost to benefit. Ultracapacitors tend to be the more economical choice over the long run for applications that need short bursts of energy.

Batteries, however, are a much better choice for applications that require constant, low current over time.

Could ultracapacitors replace batteries in future electric cars?
As we have seen, ultracapacitors are best suited for situations where a lot of power is needed in short order. In terms of electric cars, this would mean they would be better than batteries when the vehicle needs bursts of energy – like during acceleration.

In fact, this is just what Toyota has done with the Yaris Hybrid-R concept car. It utilizes a supercapacitor for just this purpose.

PSA Peugeot Citroen has also started employing ultracapacitors as part of its start-stop fuel saving systems. This allows for much faster initial acceleration.

Mazda’s i-ELOOP system also uses ultracapacitors to store energy during deceleration. The power stored is then used for the engine’s stop-start systems.

For general driving, ultracapacitors are not a substitute for batteries in electric vehicles, yet. For this reason, batteries, like Li-on, are likely going to be the go-to power supply for EVs for the near to distant future, until a better alternative can be developed of course.

Many believe it is more likely ultracapacitors will become ever more commonplace as power-regeneration systems during deceleration. This stored power can then be re-used during periods of acceleration rather than direct replacements for batteries.

Recent research into graphene-based supercapacitors could mean the days of the battery in electric cars could soon be over. The study, a collaboration between scientists at Rice University and the Queensland University of Technology resulted in two papers, published in Journal of Power Sources and Nanotechnology.

This solution consists of two layers of graphene with an electrolyte layer between them. This film is strong, thing, and is able to release large amounts of energy in a short time.

But this is a given, it is a supercapacitor after all. What makes this study different is that they suggest batteries could be replaced with large amounts of supercapacitors throughout future electric vehicles as a substitute for bulky batteries.

This could include integrating them into body panels, roof paneling, floors, and even doors, for example. In theory, this could provide the vehicle with all the energy it needs and make it considerably lighter than battery-powered electric vehicles.

Such an EV would also be charged considerably faster than battery-powered ones. But, like all ultracapacitors, this solution still can’t hold as much energy as standard batteries.

“In the future, it is hoped the supercapacitor will be developed to store more energy than a Li-Ion battery while retaining the ability to release its energy up to 10 times faster – meaning the car could be entirely powered by the supercapacitors in its body panels,” said the study’s co-author Jinzhang Liu.

“After one full charge, this car should be able to run up to 500km (310 miles) – similar to a petrol-powered car and more than double the current limit of an electric car.”

EV manufacturers could also be taking interest in the possibility of ultracapacitors for future cars. Tesla, for example, has ‘taken the plunge’ and recently acquired an ultracapacitor and battery component manufacturer.

Interesting times ahead it seems. Watch this space.