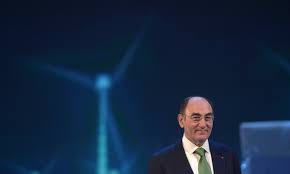 DAVOS-Big Oil is more talk than action on renewables – Iberdrola 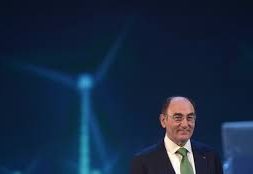 DAVOS-Big Oil is more talk than action on renewables – Iberdrola

Major oil and gas firms have been venturing into renewable power under pressure from climate-change policy, collectively spending around 1 percent of their 2018 budgets on clean energy, according to a recent study by research firm CDP.

However, Iberdrola Chief Executive Ignacio Galan, who has led the Spanish utility for 17 years, shrugged when asked in a Reuters interview if Big Oil represented a competitive threat.

“It’s good that they have moved in this direction but they make more noise than the reality,” he said on Thursday on the sidelines of the World Economic Forum in Davos, Switzerland.

Galan said returns on oil investment still far exceeded those typical of wind and solar projects and he doubted major oil companies would make a meaningful shift until that changed.

“They like to be enthusiastic but if they had to make a choice between a wonderful oil well and a good wind farm, I feel their heart will move in the traditional direction.”

Galan also brushed off U.S. President Donald Trump’s policy shift in favour of coal, pointing out that Iberdrola would spend 40 percent of its 32 billion euros ($37 billion) investment budget in the United States over the next four years.

“The White House is saying that they would like to promote coal but, as far as I know, no new coal mine has been opened and many have been shut down,” Galan said.

He said U.S. states were more influential than Washington in terms of energy investment, and that several were looking to develop America’s first offshore wind farms, from Massachusetts down to North Carolina and New York across to California.

“The states are more and more committed to moving to renewables and the same is true of the cities and towns,” he said, adding that falling generation costs of renewable energy was a big driver of the U.S. adoption of wind and solar power.

Iberdrola also continues to ramp up investment in Europe and in its other priority emerging markets of Mexico and Brazil, and is dipping its toes in South Africa where it is looking to invest in onshore wind power and solar.

Galan said it wanted to invest hundreds of millions of euros in South Africa over the next few years, and use it as a gateway to Africa, but Iberdrola first needed to iron out permit and authorisation issues with the government there.

Galan, who tilted Iberdrola towards wind power when most renewable energy was largely unviable without state subsidies, said the group had effectively reached its goal already of shutting down all its coal-fired power generation.

The 68-year-old, who wears green ties and makes his executive team do the same, said the two remaining coal-fired generators, both in Spain, were now mothballed.

“It’s done,” he said. “Those plants are officially open but they are not producing.”