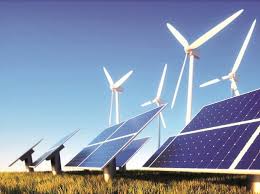 Dharmendra Pradhan, the Minister for Petroleum and Natural Gas and Steel, highlighted the country’s focus on developing a fast and integrated renewable energy policy

Highlighting India’s drive to bring in more energy access with a target of 450 gigawatts (GW) by 2030 and through reduction of prices and use of clean fuels, Union Minister RK Singh said increasing efficiencies in solar PV and wind modules are bringing down prices, enhancing affordability and accessibility of energy and supporting better standards of living.

Speaking at the Valedictory Session of the 3rd Edition of the Renewable Energy (RE) Expo and Conference, RE-INVEST, 2020, on Saturday, Minister of Power and New and Renewable Energy and Skills Singh said: “This edition of the RE-INVEST has been a huge success despite COVID-19 pandemic. India has continued to innovate in renewable energy deployment by increasing capacities and adopting practical solutions, newer technologies and market mechanisms. Our adoption of floating solar, wind-solar hybrid contracts, peaking power, and venture into round-the-clock (RTC) procurement contracts are indications of such innovation.”

“Many states of India have also supported by putting in place incentives for the increased deployment of RE. These steps will be collated and taken to global investors. Increasing efficiencies in Solar PV and wind modules is bringing down prices, enhancing affordability and accessibility of energy and supporting better standards of living,” he said.

Singh further added that India will shift to ‘green ammonia’ from imported ammonia, as well as add volumes in the usage of hydrogen.

Meanwhile, Dharmendra Pradhan, the Minister for Petroleum and Natural Gas and Steel, highlighted the country’s focus on developing a fast and integrated renewable energy policy (REP).

“Apart from 450 GW RE capacity, we will also focus on building an integrated clean gas-based economy. Driving the use of biofuels and emerging hydrogen and providing digital innovations in the RE space,” he said.

“Biofuel is not just a science, it is a mantra,” said the Minister as he elucidated how the formulation of a National Biofuels Policy has laid the path for blending fuels, ‘One Nation, One Gas Grid’ for city gas distribution, using LPG as a social change, and using biofuels in the aviation sector.

The 3rd Global RE-INVEST was inaugurated on November 26 by Prime Minister Narendra Modi and joined by various dignitaries from India and across the world including the Prime Minister of Israel, Energy Minister from the UK. More than 41 sessions were organised during the event leading to deliberations on various aspects of RE.