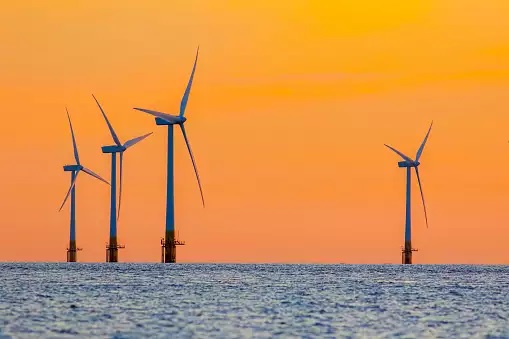 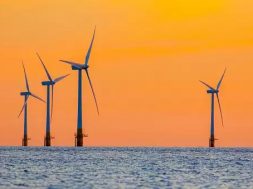 The artificial island, which in its initial phase will be the size of 18 football fields, will be linked to hundreds of offshore wind turbines

COPENHAGEN: Denmark approved a plan on Thursday to build the world’s first energy island in the North Sea that will produce and store enough green energy to cover the electricity needs of 3 million European households.

The artificial island, which in its initial phase will be the size of 18 football fields, will be linked to hundreds of offshore wind turbines and will supply both power to households and green hydrogen for use in shipping, aviation, industry and heavy transport.

The move came as the European Union unveiled plans to transform its electricity system to rely mostly on renewable energy within a decade and increase its offshore wind energy capacity 25-fold by 2050.

“This is truly a great moment for Denmark and for the global green transition,” Energy Minister Dan Jorgensen told a press briefing.

“(The island) will make a big contribution to the realisation of the enormous potential for European offshore wind,” he said.

The energy island, which will cost around 210 billion Danish crowns ($33.9 billion) to build, is an important part of Denmark’s legally binding target to cut greenhouse gas emissions by 70% by 2030 from 1990 levels, one of the world’s most ambitious.

In December, it decided to halt the search for oil and gas in the Danish part of the North Sea and hopes instead to make it a hub for renewable energy and carbon storage.

The island, to be located 80 kilometres off Denmark’s west coast, and its surrounding wind turbines will have an initial capacity of 3 gigawatt and be operational around 2033.

Denmark also has plans for an energy island in the Baltic Sea. The state will hold a controlling stake in both islands.