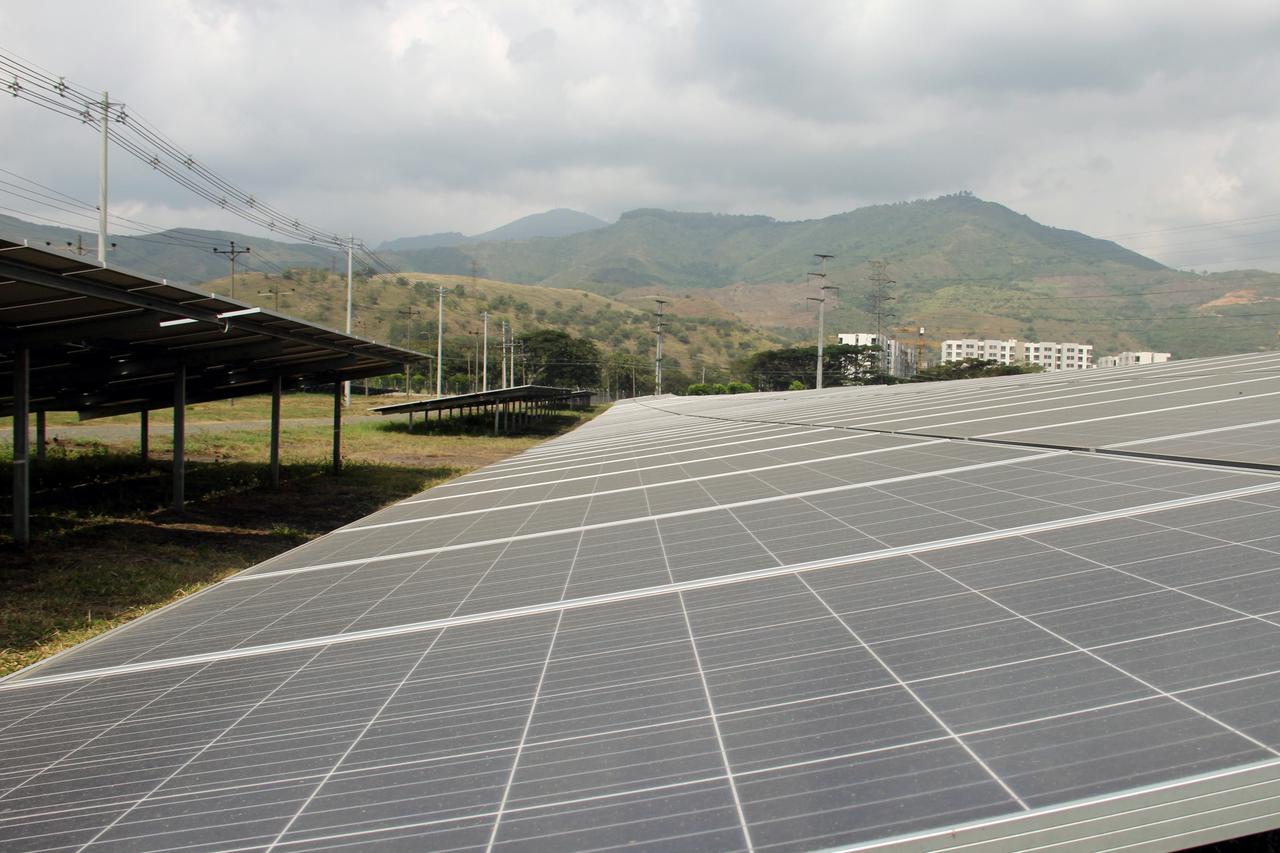 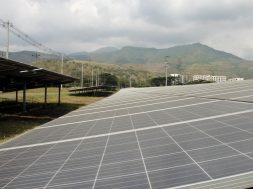 YUMBO, Colombia: The 36,000 solar panels gleam in the tropical heat of a valley outside the city of Yumbo in western Colombia, feeding dozens of megawatts to a nearby soft drinks factory as well as the national grid.

The solar farm, built on the site of a former coal plant, is one of two mounted by electricity generator Celsia – the first such commercial farms in the South American country.

President Ivan Duque’s right-wing government wants solar and wind to provide 9 percent of Colombia’s energy by the end of its term in mid-2022 – amounting to some 1,500 mega-watts, and up from 2 percent today.

But Colombia’s first attempt to auction solar and wind energy contracts ended without a result last month after the government said that because many bidding companies failed to meet requirements the projects would have ended up in the hands of too few applicants.

Analysts said the conditions placed on participating companies in February’s auction were too complex.

The packed auditorium where bidders, including Italy’s Enel and Spain’s Acciona, eagerly awaited the results quickly emptied when no awards were made. Enel and Acciona did not respond to requests for comment.

Investors nonetheless remain interested in Colombia, said Johana Trujillo, a consultant with British-based engineering consultancy Mott MacDonald, who worked with several participants in the auction. She said she had been approached by more than a dozen companies but declined to identify them.

However, she said Duque’s government needed to offer an attractive environment to turn expressions of interest into investments in Latin America’s fourth-largest economy.

“Clients are interested but if they don’t get things here and somewhere else is offering something better or with a bit less risk, more certainty, they’ll go there,” Trujillo said.

In response to bidders’ disappointment, energy minister Maria Fernanda Suarez told Reuters changes were being examined ahead of another auction before July. She did not provide further details.

While solar and wind do not inflame as many worries, locals remain wary.

The Jepirachi wind farm in Colombia’s northern desert province of La Guajira, which has a generation capacity of 18.4 megawatts and is operated by public utility company EPM, was stopped for several months in 2016 because of a conflict between indigenous clans over land rights.

EPM continues to invest in La Guajira, where high-velocity winds offer the promise of generous output, and is planning a 200-megawatt wind farm set to open in 2023. It has been granted an environmental license for another.

German Corredor, the head of Colombia’s 67-member renewable energy association, said it was crucial for companies to work closely with local communities.

“It’s key that those who develop projects know how to get communities acquainted with projects, that they understand the point of view of indigenous communities, that they can offer advantages that make projects viable,” Corredor said.

Corredor said under the right conditions Colombia could potentially generate between 15 and 20 percent of its energy from solar and wind by 2030.

There are also infrastructure concerns. A $174 million transmission line, under construction in La Guajira, will be key for connecting wind farms to the grid. Grupo de Energia de Bogota, one of Colombia’s biggest electrical conglomerates, has the contract but will need the continued blessing of locals to go ahead.

And companies might not be willing to wait out community conflicts or infrastructure construction.

Consultant Alejandro Lucio, who advised several companies in the failed auction, said that Colombia had much to gain economically from encouraging renewable energy.

Investment from a successful auction could have reached between $1 billion and $1.5 billion, he said, a sizeable injection into Colombia’s $300 billion economy.

However, he said the government needed to improve conditions for investors.

“Internationally, (Colombia) is very attractive but it’s also a great challenge,” he said. “Any development in energy in Colombia has complications.”