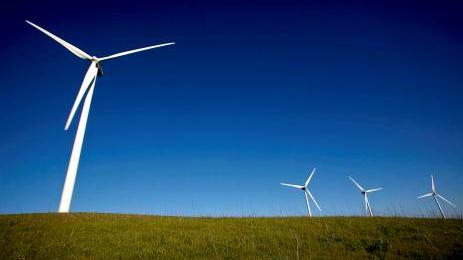 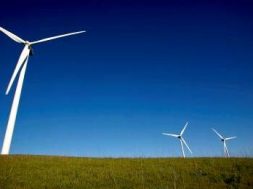 Multilateral lender is a ‘demand-driven institution and we have an appetite to grow’, managing director says.

The European Bank for Reconstruction and Development plans to invest at least €2.1 billion ($2.5bn) in the Mena region this year, mostly in the renewable energy and technology sectors.

The London-based lender has invested in a number of countries in the region, including Egypt, Morocco, Tunisia, Lebanon, Jordan and the Palestinian territories of the West Bank and Gaza.

“Last year, we did €2.1bn in the Mena region and this would roughly be similar to what we will do this year,” said Heike Harmgart, managing director for the southern and eastern Mediterranean region at EBRD.

“We are a demand-driven institution and we have appetite to grow.”

The EBRD’s investment “will be around green technology through renewables, green financing through banks, green investment in cities and the other focus will be financial inclusion”, said Ms Harmgart.

“We will also look opportunistically at digitisation wherever we can.”

Countries in the Mena region are investing greater sums in renewables to diversify their energy mix.

Other countries such as Morocco, Jordan and Saudi Arabia also have substantial renewable energy programmes.

“We played a huge role in the initial phase of solar and wind energy generation in the Mena region. We financed over half of Benban in Egypt and we financed most of the solar and renewable projects together with our partners in Jordan.”

The EBRD is a multilateral lender set up in 1991 to help fund the recovery of Eastern Europe after the collapse of the Soviet Union. The bank, which had assets worth €68.2bn at the end of 2019, later widened its remit to include the Mena region and Central Asia.

It is owned by 69 countries from five continents, with the EU and the European Investment Bank among its shareholders.

The UAE recently became one of its newest members, with Sheikh Mohammed bin Rashid, Vice President and Ruler of Dubai, announcing that it had joined both the EBRD and the Shanghai-based New Development Bank last month.

The UAE joining the EBRD will “support its businesses to be more active and have additional partners in neighbouring countries in the Mena region but also globally in Eastern Europe, Central Asia where we are active,” Ms Harmgart said.

The EBRD plans to invest in Algeria this year after the North African nation’s membership was approved by the bank’s shareholders last year.

“Algeria could start this year as a new country where we can look at investment opportunities, particularly in the private sector as well as in the green area.”

The lender is developing a series of climate action plans with cities where it is identifying investment opportunities that will provide a return and contribute to the reduction of carbon emissions.

“Amman is already a green city where we developed a climate action plan. This year, we are also going to add Cairo and Alexandria and, potentially, Tunis to the green city network,” said Ms Harmgart.

“This includes developing holistic plans for cities where they can invest in changing the delivery of services towards green e-mobility investment and in metro systems, water and wastewater network.”

The EBRD reported a net profit attributable to equity holders of €1.3bn in 2019, up from €210 million in the previous year, as impairment provisions on banking loan investments dropped and net interest income rose.

The bank is expected to report a profit for the 2020 financial year despite the coronavirus pandemic, she said.

“We did make a profit for 2020 that we will announce shortly. The first quarter was dismal with equity markets being completely down and we thought we would end the year with loss but we made a profit. However, the profit is smaller than in other years.”

The lender is considering taking equity stakes in appropriate projects. It has invested in emerging equity funds and a number of regional lenders in recent years, including Armenia’s Ameriabank, Lebanon’s Bank Audi and a consortium that owns the concession to run Queen Alia International Airport in Jordan.

The lender aims to increase its equity investment to 8 per cent this year, up from 4 per cent last year, said Ms Harmgart.

“Last year equity markets were subdued due to the pandemic,” she said. “This year, both equity funds are approaching us and also companies that are looking to diversify their shareholder base or preparing an IPO.”

Globally, the lender’s total investment grew to €11bn last year, up 10 per cent on the previous year. The EBRD invested in 411 projects during the period.