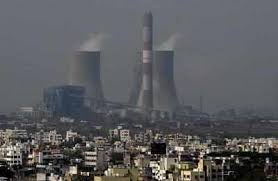 Ecology, economy and environment to take a big hit 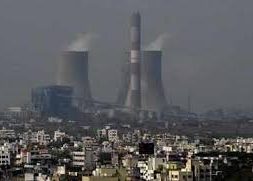 Ecology, economy and environment to take a big hit

The company has decided to install two new units having total capacity of 1,320 megawatt (MW) at the Koradi Thermal Power Station (KTPS), which will soon have an
overall installed capacity of 2,400MW. In April 2017, Prime Minister Narendra Modi had dedicated three 660MW units at KTPS to the nation.

Investigations done by TOI at that time had revealed that emission level of pollutants like sulphur dioxide from the stack were much above the permissible limits.
Residents of nearby villages like Suradevi, Lonkhairi, Ghogali, Mahadula and some others have been victims of air pollution since years. Ironically, state energy minister
Chandrashekhar Bawankule is the local MLA and resides in the vicinity.

Strongly opposing Mahagenco’s proposal, environmentalists said that adding more units will further endanger public health. “At a time when the world and other states in
India are moving aggressively towards renewable energy which is cheaper and climate friendly, the company’s move is highly questionable and will only lead to
environmental, ecological as well as economical losses,” said Sunil Dahiya, independent clean air analyst.

Bawankule, who has cleared the Koradi proposal, is a great proponent of clean energy and has directed state discom MSEDCL to generate 3,200MW of solar power on its
own. In addition, it is buying over 3,500MW from private companies. The minister plans to shift the entire farm pump load to solar by 2025.

Under such circumstances, the state should be investing on the clean energy sector rather than fossil fuels, say experts. “Nagpur is already among the non-attainment cities
identified by the Central Pollution Control Board. The focus should be on reducing the emission load rather than adding more polluting units,” said Dahiya.

Green lawyer Girish Khorgade said that the area was already polluted and starting new units would make it uninhabitable. “Cement roads and tree felling have already
done irreparable damage to city’s environment. This will be the last nail in the coffin,” he added.

tags: Ecology economy and environment to take a big hit
41
previous India Projected to be on Track to Achieve Its Paris Climate Change Agreement Target: US Expert
next Generating electricity for millions: Husk Power bolsters Modi's dream of power to all