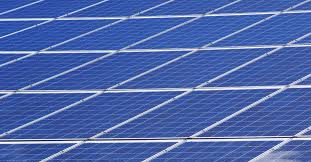 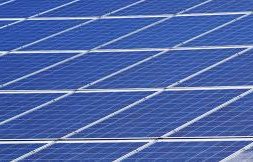 World’s largest solar in the UAE

Noor Abu Dhabi in the United Arab Emirates (UAE), which is a 1.17 GW solar farm with 3.2 million solar panels, was the world’s largest single solar farm, but it’s going to be deposed from its throne.

The UAE capital of Abu Dhabi is going to double the size of Noor Abu Dhabi with a 2 GW solar farm. The Abu Dhabi National Energy Co. (TAQA) announced this week that it has secured funding from seven international banks for Al-Dhafra Solar Photovoltaic (PV) Independent Power Producer (IPP) project.

TAQA, which will own 40% of the solar farm, is working with Masdar, French-owned EDF Renewables, and Chinese solar developer JinkoPower, which will each own 20% of the project.

Al-Dhafra Solar PV IPP will start operations in 2022, when it will become the world’s largest single-site solar power plant. It will use around 4 million solar panels to generate enough electricity for about 160,000 homes in the UAE. Al-Dhafra will supply power to the Emirates Water and Electricity Co.

Dominion Energy has filed its construction and operations plan with the Bureau of Ocean Energy Management for its 2.64 GW Coastal Virginia Offshore Wind project 27 miles off the coast of Virginia Beach, Virginia.

The review process is expected to take around two years, and assuming it’s approved, construction is expected to commence in 2024 and complete in 2026. The US’ largest wind farm will have the capacity to power up to 660,000 homes.

This next step follows the completion of Dominion’s pilot 12 MW offshore wind project in Virginia. They were the first offshore wind turbines approved by regulators in federal waters.

Dominion Energy Virginia is required to be 100% carbon-free by 2045 by the Virginia Clean Economy Act, which was passed in April.

Missouri utility’s first wind farm
US utility Ameren Missouri, a subsidiary of Ameren, has acquired Missouri’s largest wind farm. It’s Ameren’s first foray into wind power, and a welcome one, as the company is currently dominated by coal. Ameren’s chairman and president Marty Lyons said the acquisition was “just the beginning… [of] a transformational advancement toward more renewable wind and solar generation.”

Missouri is a coal-hungry state: The fossil fuel “provided 73% of Missouri’s electricity net generation in 2019, and more coal was consumed for generation in Missouri than in any other state except for Texas and Indiana,” according to the US Energy Information Administration.

The High Prairie Renewable Energy Center in northeastern Missouri is a 400MW, 175-turbine wind farm, and one of two that Ameren Missouri is going to acquire.

This includes $1.2 billion for the planned acquisitions of this project and a 300MW site in Atchison County, Missouri.

St. Louis-based Ameren Missouri aims to reduce emissions by half in the next 10 years, compared to 2005 levels, and to reach net zero by 2050.