Home India Emissions vs Development: India will need much more energy as its people prosper 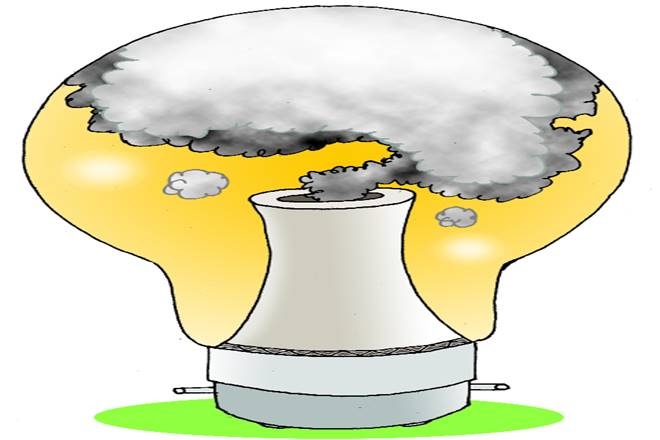 Emissions vs Development: India will need much more energy as its people prosper 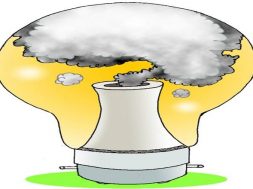 Emissions vs Development: India will need much more energy as its people prosper

India will need much more energy as its people prosper. Therefore, given the dependence on coal-fired power and its indispensability to some sectors, steps should be taken to reduce emissions from existing fuels and make power generation more efficient through newer technologies, in addition to developing renewable sources of energy.

The World Bank’s historic issuance of green bonds in November 2008 was the result of a phone call to their Treasury by Swedish pension funds who were keen on investing in climate projects. It gave investors an opportunity to support climate solutions through investments guaranteeing financial returns. According to the multilateral agency, they have since then raised $13 billion through 150 green bonds in 20 currencies. The Intergovernmental Panel on Climate Change (IPCC) 2007 report that prompted Swedish investors to take note of climate solution projects had linked the increase in global temperatures to the increase in anthropogenic greenhouse gas (GHG) concentrations, and had highlighted that the largest contributors to emissions during 1970 to 2004 were energy supply, industry and transport sectors. Ever since, emissions have gotten the attention of global policymakers like never before. Last month, reports of record levels of carbon emissions in 2018 made to the headlines of several dailies.

India accounts for around 7% of global GHG emissions. India’s per capita emissions are one-fourth of the G20 average. Despite a low share and low per capita emissions, India seems to be on the forefront of reducing its emissions. The 2018 Brown to Green report mentions that none of the G20 Nationally Determined Contributions (NDC) targets for 2030 are in line with the Paris Agreement. India’s NDC are the most ambitious, closest to the 1.5°C limit, and closest to the Paris Agreement. The central aim of the Paris Agreement is to keep the rise in global temperatures in this century well below 2°C above the pre-industrial levels, and to pursue efforts to limit the temperature increase even further to 1.5°C.

Estimates suggest that India’s GHG emissions more than doubled between 1990 and 2015. This coincides with India emerging from the legacy economic policies to embracing open economic policies. In these 25 years, India’s economy grew by an average of 6.5% per annum, versus sub-4% growth in the preceding 25 years. Many of today’s developed nations reduced their GHG footprint by shifting their production base out of their national borders. Developing countries such as China, India and other South-east Asian nations were more than happy to take up production activities in a bid to promote economic growth.

Power generation has the highest share in GHG emissions. India has an ambitious plan for clean energy—to achieve a share of 20% in electricity generation by FY22 and 23% by FY27 for renewable energy. According to an IndiaSpend report, in 2016, India invested a record $9.7 billion (Rs 64,990 crore)—the cost of building 11 new coal-fired plants of 1,000 MW capacity each—in renewable energy installations. The resulting installed renewable capacity is much less than the possible thermal capacity. Falling solar tariffs have made solar power competitive to coal-based thermal power, primarily due to a fall in prices of solar power modules. While the cost of generation of solar power has fallen, the cost of transmission has not fallen at the same pace. Various challenges of using solar and wind power for heavy industrial activity are well known.

The clean energy populism isn’t really all clean. Setting up of solar capacities, too, leaves behind a large carbon footprint. Over 85% of the solar equipment used in India is imported. Extraction and production of quartz and silicon involves a huge amount of energy. China, the world’s largest manufacturer of solar panels, is still heavily dependent on coal for its power needs. In fact, 65% of electricity generation in China comes from coal. Logistics and transportation to get these panels to their place of intended use further adds to the carbon footprint. While the life cycle emissions of solar power are still less than those of thermal power, there are other challenges. For example, production of panels involves use of hazardous chemicals, with many reports citing improper disposal—proper disposal of solar panels at the end of their 25-30-year life remains a challenge. In addition, recycling of solar panels is expensive and hasn’t really picked up in a big way as yet. Some studies have also shown that land-based solar parks alter the local climate and land characteristics.

Today, India proudly sits in the league of top renewable power-generating countries, along with China, the US, Japan, Germany and the UK—which are the leading economies of the world. However, India’s GDP per capita is one-fourth that of China’s GDP, one-30th that of the US’s and about one-20th that of Germany, the UK and Japan. In addition, the country’s per capita electricity consumption is one-third the global average.

Thus, given the dependence on coal-fired power and its indispensability in some sectors, parallel steps should be taken to reduce emissions from existing fuels and make power generation more efficient through newer technologies. According to the World Coal Association, since 1970, US emissions from coal have reduced by 82%, even as coal consumption has risen 146%. Their estimates suggest that moving the current average global efficiency rate of coal-fired power plants from 33% to 40% could cut 2 gigatonnes of carbon dioxide emissions—equivalent to India’s carbon dioxide emissions. Carbon capture, use and storage (CCUS) is the next step in further reducing emissions from coal and making it a sustainable source of cheap energy. Globally, more than 30 million tonnes of carbon dioxide is captured from large-scale CCUS facilities, and more than 70% of this occurs in North America. Leading energy-intensive industries in the UK have already come together to form a new government-backed advisory group, in a bid to accelerate the development of CCUS technology, even as the current pace of development and adoption of CCUS technology remains low.

Nearly 70% of the incremental global energy demand in 2018 was met by fossil fuels—of which coal accounted for 8%. Coal accounts for nearly 40% of global power generation; in India, it accounts for around 74%. While Europe and the US are decreasing their reliance on coal, for India and most of the emerging economies of the world, coal will remain a critical source of energy in the foreseeable future. India’s coal demand is expected to rise 120% through 2040. As India tries to follow an export-led growth model and promote manufacturing to create jobs for its people, reducing GHG emissions will be all the more challenging. Debates and discussions around climate change and emissions have become far too common. While populism in this regard is not unwarranted, discussions around energy needs and energy security to promote development need to be strengthened. Prosperity of a major chunk of global population, including India, depends on the availability of cheap and reliable energy.