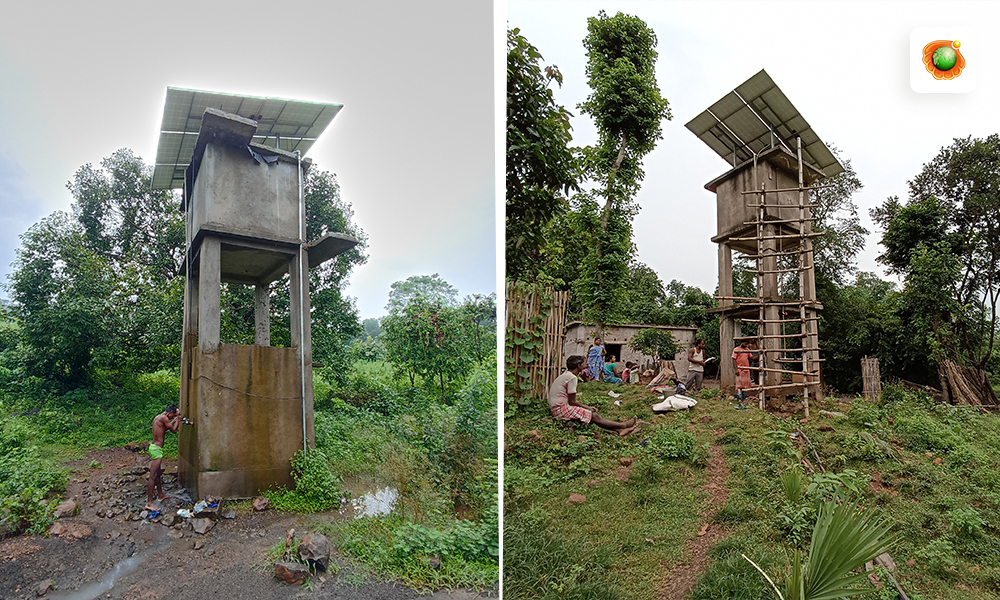 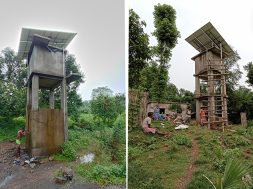 Water is one of the essential natural resources on Earth, a key element of life for human survival. While the sources of water may seem in abundance, less than 1% of the world’s water is usable for basic human needs. According to a WHO report – 1 in 3 people globally cannot access safe drinking water.

Citing the proliferating population of India, the Government has launched many water developmental schemes in the past. But none of them got meaningful results as compared to Jal Jeevan Mission. This scheme aims at making safe and adequate drinking water available through individual household water connections by 2024 to all households in rural India. SunShell Power aligns with the vision of the Jal Jeevan Mission. It works uncompromisingly to bring smiles across villages by providing a clean drinking water facility using its state-of-the-art technology. Currently, the mission marked its 51% accomplishment. The govt. declared that more than 50 per cent of rural households now have access to tap water supply, whereas Goa, Telangana and Haryana at 100 per cent.

Considering the global demand for safe, efficient, and reasonable solar power products, India is expanding its solar power industry as its installed capacity will be 56.951 GW by June 2022. By 2040, the aim is to increase 49% of the total electricity generated by renewable energy. Due to the usage of more efficient batteries, the solar energy cost is reduced by 66% compared to the current price. Using renewables in place of coal will save Rs. 54,000 crores (US$ 8.43 billion) annually. The world has exhibited its capabilities in sanitation, technology and solar energy infrastructure development and embracement. Areas like energy audit and management, solar logistics, EV charging stations and investors are showing tremendous potential.

Ahom Pathar, a scattered tribal village in Assam’s Sorbhog town, has a severe power crisis and unstable grid. It was a very challenging task as the water filtration plant was not working due to a poor electrical system, no proper installation, and voltage fluctuation. Defunct pumps, a single-phase line and improper plumbing led to the broken piping system. As a result, the existing water plants were not functioning correctly. The only possible way to make them work again was to restructure the whole infrastructure. Here, SunShell Power played a considerable role by creating a robust solar infrastructure and reducing the carbon footprint. The new solar powered plant lifts the groundwater, filters it, stores it in a reservoir, and then supplies the filtered water to houses through installed taps. With this, the life of residents of Ahom Pathar has completely transformed as they now have seamless access to filtered water.

Sahibganj lies in a terminal district of Jharkhand, which is nestled between hills and forests along with river Ganga and comprises many scattered villages with no basic infrastructure and connectivity. Moreover, the groundwater levels vary from 60 metres to 300 metres, and any big scheme couldn’t be materialised in the area due to low population density.

This project was strenuous due to the non-availability of power at the site, complex topography, zero road connectivity, water level fluctuation, no ladder to climb the tank, improper tank alignment and restricted space to install the solar module. It required more emphasis and considerable customised efforts to complete the project in the desired manner. Here, SunShell Power deployed a personalised solution that lifted groundwater from the deep to reduce arsenic contaminations, stored it in a 5000-litre overhead tank, and installed four water taps to make drinking water available at ease for the villagers. The life of residents of Sahibganj has completely transformed as they received access to arsenic-less and potable water facilities round the clock. The programme will also complement the existing government facilities, form linkages and help the villagers to improve their living conditions.

Rural India continues to be a crucial part of any developmental work as it comprises over 65% population and 37% of GDP, so it is considered as a potential area for the renewable energy market.

A major hindrance to rural development and economic growth is the dearth of basic infrastructures such as electricity, road connectivity, clean water and sanitation. There is a crucial demand for solar energy providers to create a robust solar energy infrastructure in the rural area, bringing impeccable change on multiple fronts. Solar projects can also help drive new skill development and enable the labourers to aim for higher income, leading to an upsurge in the economy.